Presidential: Jean-Luc Mélenchon calls for an express reform of sponsorship 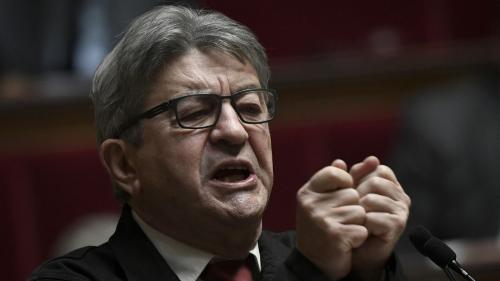 He fears not to collect the 500 signatures. Jean-Luc Mélenchon asked, Monday, January 10, a rapid reform of the system of 500 sponsorships of elected officials necessary to stand for the presidential election, believing that this “filter has become a cleaver”. The candidate of La France insoumise had declared the day before to have gathered nearly 400 sponsorships.

From his campaign HQ, Jean-Luc Mélenchon “alerts” to “a blocking situation” on sponsorship: “I believe that I intervene at a time that allows course corrections.” He wants Larcher, to whom he asks for an appointment, to be able to “repeat the rule” to elected officials. pic.twitter.com/yRWMAJ3no4

On Monday, at a press conference at his Paris HQ, he said he had observed a “slowdown in sponsorship” for several elections, because “we have often confused the idea of ​​sponsoring with that of supporting: we do not support but we believes that a candidate is representative of a current of ideas in the country. “

Jean-Luc Mélenchon cited the LR candidate, Valérie Pécresse, who, Monday morning, developed the same idea to defend the right of Eric Zemmour, also in difficulty displayed to bring together the precious sesames, to present himself. The leader of LFI questioned a 2016 reform pushed by Manuel Valls, then Prime Minister, and which requires the Constitutional Council to publish the names of the sponsors as and when.

“Let us restore the anonymity of the sponsorships that Hollande and Valls had deleted in order to exert pressure”, he said, believing that it was possible to pass an organic law “before January 27” to do so . He also requested a meeting with the LR president of the Senate, Gérard Larcher, “representative of local communities, so that he makes an appeal, reiterates the rule that sponsorship does not mean support”.

Jean-Luc Mélenchon also addressed the mayors of the left who grouped together to refuse to give their sponsorship without union of the left, divided into five main candidates. “I ask them in a friendly way, and fraternally for some, to make sure that the whole of the arc can be present at the election. [Avec leur refus actuel], they favor established parties. “The absence of a candidate like him, who won nearly 20% of the votes cast in 2017, could, according to him, lead to more abstention.

In the same spirit, he also asked the government to make a “public campaign, in particular digital, for the inscription on the electoral lists, in the same way as it does for the vaccine”. Jean-Luc Mélenchon finally asked that the spending limit for the presidential election be raised, “by 5 or 10%”, because of the expenses related to the Covid. The LFI candidate will in particular distribute FFP2 masks to 3,000 to 4,000 activists at his meeting in Nantes on Sunday.