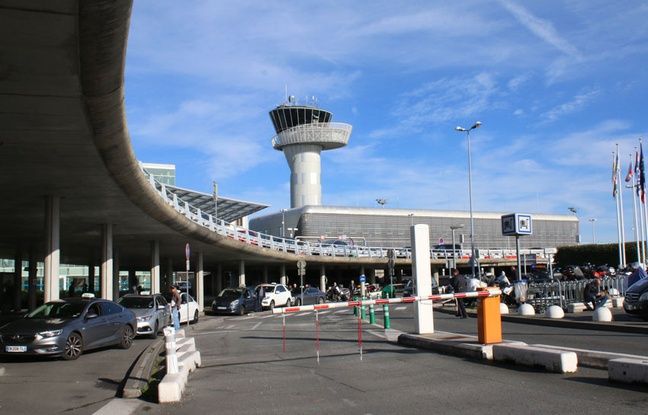 He will not “sign” the letter of which he “never had knowledge”. Asked this Tuesday on the question of a return of the air shuttle between Mérignac airport and Orly, suspended by Air France as part of the
Climate and Resilience law whose article 145 prohibits domestic flights between two cities served by train in less than 2:30, the mayor of Bordeaux Pierre Hurmic reaffirmed his opposition to this re-establishment.

While the European Commission has taken up this issue, several elected officials and economic players are preparing a letter to the government, asking for the reestablishment of four flights per day between Bordeaux and Orly, when the shuttle made ten daily connections. The president of the Bordeaux-Gironde CCI Patrick Seguin had hinted a few days ago that the mayor of Bordeaux was ready to sign this letter, in the same way as the president of Bordeaux Métropole and the president of the New Aquitaine region. What Pierre Hurmic denied.

“Do everything to discourage the air alternative”

“When there was a motion in Bordeaux Métropole wishing the return of this shuttle, our group was unanimous against all odds, to defend carbon-free mobility, recalled the mayor of Bordeaux during his back-to-school conference on Tuesday. We consider that from the moment there is a two-hour rail alternative, everything must be done to encourage it, and everything to discourage the air alternative. My position has been firm from the start and I must not go back. For once the government takes a measure that is environmentally friendly, it is not us, local environmentalists, who are going to denigrate it. “

The mayor of Bordeaux, however, admitted that a few months ago, he was ready to deviate from this inflexible position. “The only position that I was able to express, and which can be a source of confusion, is that on the occasion of the airport supervisory board, on September 16, I deplored the brutality with which the airport is handled, and I hypothesized to keep a plane in the morning and in the evening, to give the actors time to get used to it. It was the only concession I was prepared to make, but it was not accepted. “

Not retained, but not fallen on deaf ears either, which may have led the president of the CCI to believe that the mayor of Bordeaux was ready to go a little further. Even if it means lightly forcing his hand.