Good morning! It’s Tuesday and we’ve rounded up the latest news for you. But we’ll start with the weather.

Today it can be foggy and cold in the morning. So when you go to school, wearing gloves is a good idea. Later the sun will shine a bit, but it will not be very warm: about 2 to 3 degrees.

– Last night the Top 40 Awards awarded. These are music prizes awarded by radio station Qmusic. Singer Maan was the big winner: she won the prize for Best Artist. Maan says it’s been a really crazy year, but she’s super happy with the music she’s made. She also wants to thank everyone who listens to her songs.

– A standout story from the United States: Doctors have it heart of a pig placed in a person. That happened last Friday. Now the doctors have announced that the man appears to be doing well. The heart is working and looking normal. The man had serious heart problems and would die if this surgery didn’t happen. He said this was his last choice. 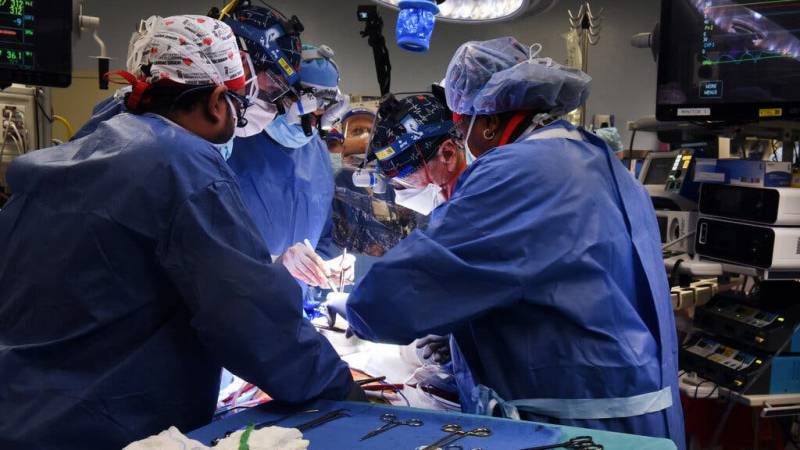 Here you see the doctors

University of Maryland School of Medicine

– Good news for children who love sports: as of today, everyone under the age of 18 is allowed again exercise outside until 8 o’clock in the evening. Until now, that was only allowed until 17:00. You don’t have to keep your distance while exercising. Matches may also be played, but not against teams from other clubs.

Our thesis today is about it. Do you think that indoor sports should continue again?

Do you think goldfish are boring pets? Not really! You can teach them to drive. Researchers have found out: