Rush for subsidy in earthquake area; ceiling expected to be reached 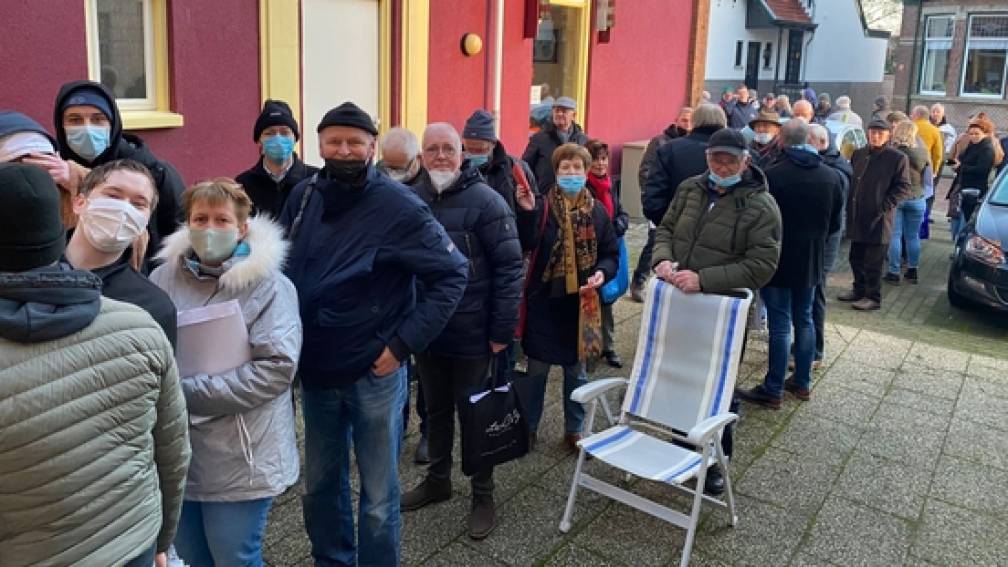 Today there were queues in front of the town halls with people who don’t want to be late. There are also long waiting times online; at the peak time at 09:00 there were 50,000 waiting in line, says SNN director Marjan Dol.

Tanja Huizinga-Kats from Delfzijl had asked for time off today, so that she could immediately be in the digital queue at 9.00 am. Hours later it didn’t make much progress: “We were almost there at 5:00 pm, it said ‘wait a few more minutes’. But then it suddenly jumped, and we were back at the back.”

The system calls them weird and “above all unfair”. “Even if I do get it, there are other people who don’t get it. People who had to work today and couldn’t log in are just flabbergasted.” Huizinga-Kats hopes that money will be added, so that “everyone who is entitled to it gets something.”

Jolanda Knoop from Sappemeer is also afraid that she will not get through the digital queue. She’s been sitting at her computer since 10 a.m. “Everyone around here thinks the same. It’s a lottery, it’s outrageous that we’re being treated like that. We’re angry, and we’re not really hopeful about the new government either.”