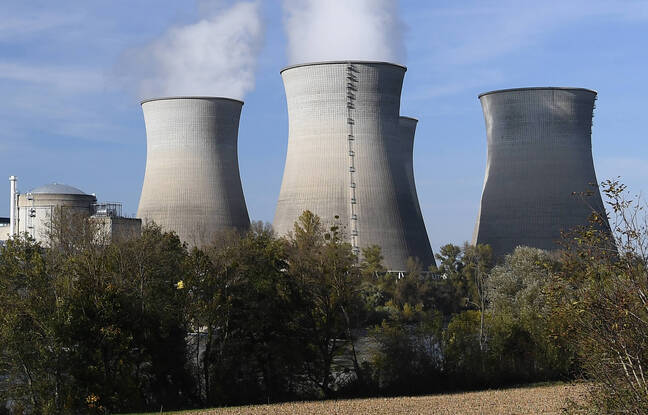 The European Commissioner for the Internal Market took out his calculator. New generation European nuclear power plants will require an investment of “500 billion by 2050”, believes Thierry Breton, who considers “crucial” to open green labeling to nuclear as part of the energy transition.

“Existing nuclear power plants, on their own, will require 50 billion euros of investment by 2030. And 500 billion by 2050 for new generation ones”, details the French commissioner in an interview with Sunday newspaper.

On December 31, the European Commission unveiled a green labeling project for nuclear and gas power plants, which aims to facilitate the financing of installations contributing to the fight against climate change. This classification, or “taxonomy”, defines areas of investment that will benefit from green labels.

However, the European objective of carbon neutrality in 2050 implies the mobilization of colossal investments: the taxonomy is designed to allow obtaining financing on favorable conditions. For Thierry Breton, “including nuclear in the taxonomy is therefore crucial to allow the sector to attract all the capital it will need”.

“An industrial revolution of unprecedented scale”

“The ecological transition will lead to an industrial revolution on an unprecedented scale. As well as a race for capital between the various energy sources – renewable energies alone will have to mobilize 65 billion euros of investments per year, for example. And it will be necessary to add to this 45 billion annual investments to acquire additional network infrastructures, ”he says. While 26% of the electricity produced in the EU today is of atomic origin, he estimates that “nuclear will represent at least 15% of the whole (of the energy mix) in 2050”.

The subject is the subject of heated debates between the Twenty-Seven, a dozen countries – France in the lead – actively promoting nuclear power in the face of States very reluctant to the civilian atom, such as Germany or Austria. . The Commission sent its draft text, debated for months and still provisional, to the Member States on December 31. The text sets conditions, in particular a time limit: for the construction of new atomic power stations, projects must have obtained a building permit before 2045.