“Nudes”, a new “scourge” of adolescent girls on social networks 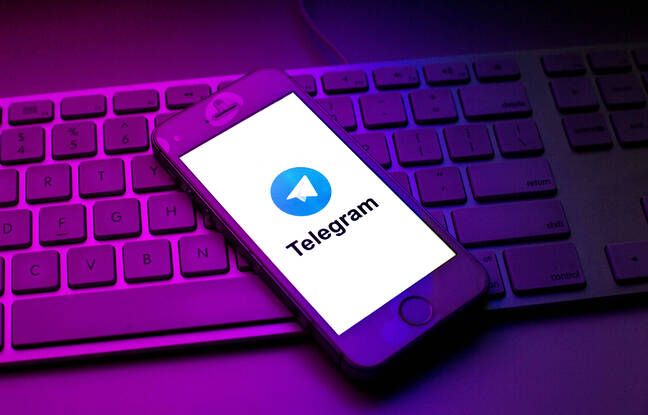 It is a phenomenon which exploded during the first confinement, and which continues today to spread on the Net. The exchanges of “nudes” (naked photos) of young girls, disseminated without their consent, have grown enormously on social networks and encrypted messaging in recent months. These photos, for the most part stolen, are shared with complete impunity via “fisha” accounts (“poster” in verlan), which circulate them over and over to their community. These illicit content, however, claim hundreds of victims every day, thrown in front of thousands of Internet users.

The police have few manpower to prosecute the perpetrators, and couriers, such as Telegram, are not very responsive. To fight against this phenomenon of “revenge porn”, a collective called Stop Fisha was then created in March 2020 in order to track down accounts that display photos of naked young girls. “During the first confinement, hundreds of fisha accounts were created in France. After Snapchat, the holders of these accounts migrated to Telegram where moderation is almost non-existent, ”explains the association created by a group of students, which has already succeeded in closing more than 850 accounts, and helped nearly 1,000 victims of cyberstalking.

It is therefore mainly on the encrypted Telegram messaging that this content is shared, within discussion channels sometimes bringing together thousands of members. Accounts on which men, for the most part, engage in an “Internet nude hunt”, then exchange them among themselves, not always for free. “The largest group listed on Telegram brought together nearly 233,000 members and broadcast almost daily intimate content of young girls, mostly minors,” reveals the collective. “In general, the more trashy the published content, the more the account is followed. It even happens that access to certain accounts is monetized ”.

When activists manage to identify one of these accounts, their only weapon is to warn in real time. Pharos, the official portal dedicated to reporting illegal content on the Internet, or to report the account directly on the platform concerned (Telegram, Snapchat, Instagram …) “In general, the fact of making group reports, it bears fruit”, explain these new “vigilantes” from the Internet, which come to release a manual Combating cybersexism * in which they sound the alarm bells. “The fisha accounts constitute a veritable network of sexual exploitation, which endangers hundreds of people every day. We must put an end to it, ”proclaims the collective.

Unfortunately, the authors of these accounts do more than distribute stolen photos and videos of a sexual nature. “The images are often accompanied by information allowing the identification of young girls, so that the latter are also cyber-harassed, and are sometimes even victims of physical attacks”, explained a few months ago to 20 Minutes Hind Ayadi, activist in Garges-lès-Gonesse (Val-d’Oise), one of the first to denounce this phenomenon. “Beyond being a real mass slut-shaming, these accounts constitute a real danger for the victims, and can lead to suicide”, adds the collective
Stop Fisha.

Despite the explosion of these acts of cybercrime, complaints are however very rare today. “Young girls are overcome with a feeling of shame and are confronted with the fear of telling an adult about it. Very often, they are unaware that the distribution of their photos without their consent is a crime ”, deplores Justine Atlan, director of the e-Childhood association, which manages the anonymous and free platform to help victims of harassment Net Ecoute (3018). However, it is essential to report this content and, if necessary, to file a complaint. “Disseminating content of a sexual nature without consent is an offense punishable by two years’ imprisonment and a fine of 60,000 euros”, recalls on social networks
Me Eric Morain, lawyer specializing in cyberbullying.