In Vendée, the debate around the statue of Saint Michael takes a political turn 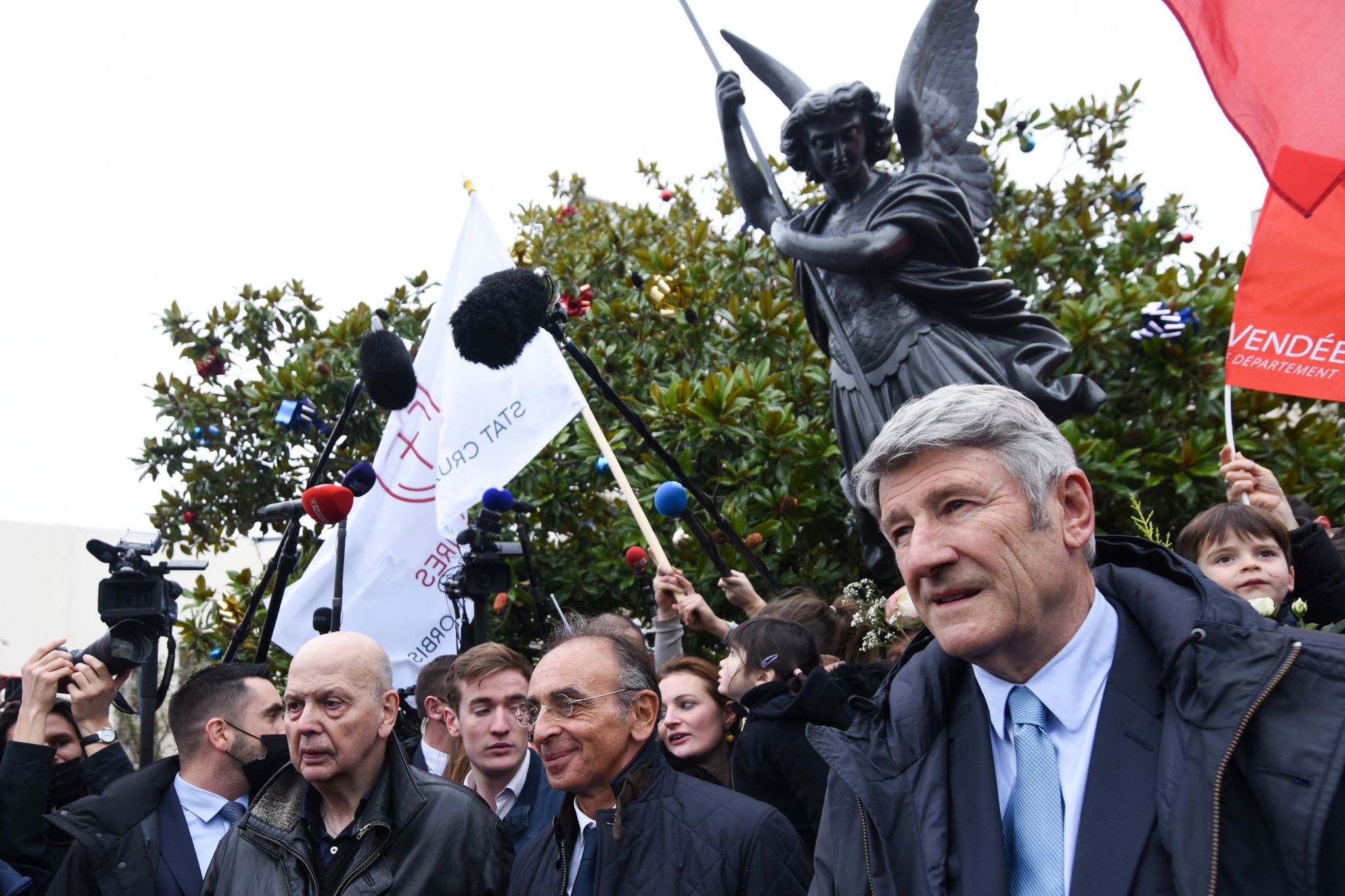 ► Why does Éric Zemmour take the defense of a statue of Saint Michael?

The far-right candidate called, Saturday, January 8, on the occasion of a trip to Sables-d’Olonne (Vendée), for the “defense” of a statue of Saint Michael, the administrative court of Nantes having ordered its withdrawal from a public place. “It is not an innocuous statue, it is first and foremost the symbol of our traditions, of the millennial Christian roots (…) France was made by Christianity, whether it likes it or not,” said Eric Zemmour in front of a small crowd gathered in front of the statue of the archangel.

→ READ. Justice demands from the municipality of Sables-d’Olonne the withdrawal of a statue of Saint Michael

The former columnist and journalist has become accustomed to posing as a defender of “Christian traditions”. He believes that Catholicism must assert itself more in the public sphere to fight against the growing visibility of other cults. “To contain the Islamic offensive, we need a real revival of the Christian religion, which embodies the identity of France,” he said on May 14, 2021 on CNews.

► What will happen to the statue of the archangel?

Nothing is decided yet. On December 16, 2021, the administrative court of Nantes, seized by an association for the defense of secularism, the Federation of Vendée de la libre-thought, asked the municipality of Sables-d’Olonne to remove the statue from the forecourt of the ‘Saint-Michel church. Its installation in 2018 is contrary to article 28 of the law of 1905 on the separation between Church and State, which prohibits “the erection or affixing of any religious sign or emblem on public monuments or in any other way. public location, ”said the court.

But the town hall of Sables-d’Olonne appealed against this decision. “Faced with this abuse, the city will not let it go and will not remain passive,” warned Mayor Yannick Moreau (ex-LR), in a press release dated January 5. The Sablais will be invited to decide on the future of the statue in the first half of 2022. The terms of this “vote” should be specified in the coming weeks.

Yannick Moreau also told the Sunday newspaperhave no plan to sponsor a presidential candidate. Saturday January 8, before the speech in front of the statue, the mayor of Sables-d’Olonne invited Éric Zemmour to the town hall with the sovereignist Philippe de Villiers – Yannick Moreau was the director of several of his campaigns – as well as Patrick Buisson, former advisor to the Élysée during the five-year term of Nicolas Sarkozy.

► Who requests the removal of the statue?

The removal of the statue of Saint Michael is requested by members of the Vendée “Libre-Pensée”. This federation of several local associations, founded in 1866 and which claims 4,000 members, is taking legal action against “attacks on secularism”, with a predilection for creches in town halls and statues of saints in public spaces. Before the Archangel of Sables-d’Olonne, the Morbihan branch of “Libre-Pensée”, for example, had obtained justice, in 2017, for the statue of John Paul II of Ploërmel to be moved to private land.

“Yes, we can say that we embody a hard line of secularism, explains to La Croix Christian Eyschen, spokesperson for Libre-Pensée, whose slogan is“ Neither God nor Master; down with the skullcap; long live the Social ”. But we disagree, for example, with the Republican Spring and those who want to use secularism against Islam. “The federation wants the law of 1905 to be strictly observed, continues Christian Eyschen, who confirms that many members of” Libre-Pensée “are Freemasons.

In August 2021, the Vendée branch of “Libre-Pensée” reacted to Emmanuel Macron’s statements after the murder of Father Olivier Maire in Saint-Laurent-sur-Sèvre. The “priority” of the President of the Republic to “protect those who believe” had been condemned by the association.