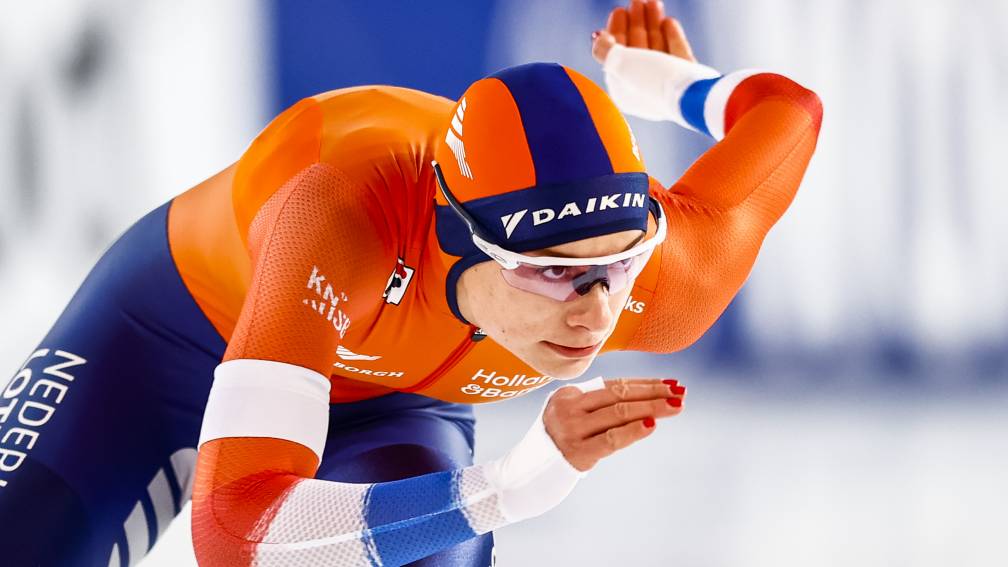 Femke Kok has won her first European title in the 500 meters at the European Championships.

In Heerenveen, the 21-year-old skater was a tenth faster with 37.32 than world champion Angelina Golikova, who was in isolation in the run-up to the European Championships due to positive corona cases within the Russian team. Daria Katsjanova – also fresh from isolation – took the bronze.

Kok himself did not have an ideal preparation. On Friday, she withdrew from the team sprint because she suffered from her groin. It didn’t bother her today.

“I am very happy that I am European champion and that my groin is still going well,” said Kok, who was not very satisfied after her ride.

“I had the idea that I couldn’t get past my opponent at the intersection. I really thought shit, maybe it’s not enough. But it was,” said Kok. “This is a great feeling to take with you to the Games, I do get confidence from this.”

Michelle de Jong, who, like Kok, has qualified for the Olympic 500 meters, scored the fifth time with 37.85.

Jutta Leerdam, who has also qualified for Beijing in the shortest distance 500 meters, was not at the start. Dione Voskamp was allowed to take her place and finished sixth with 37.87. Leerdam will take action on Sunday in the 1,000 meters.