From ‘Las chicas del cable’ to ‘Express’: history of the first Spanish series on streaming platforms 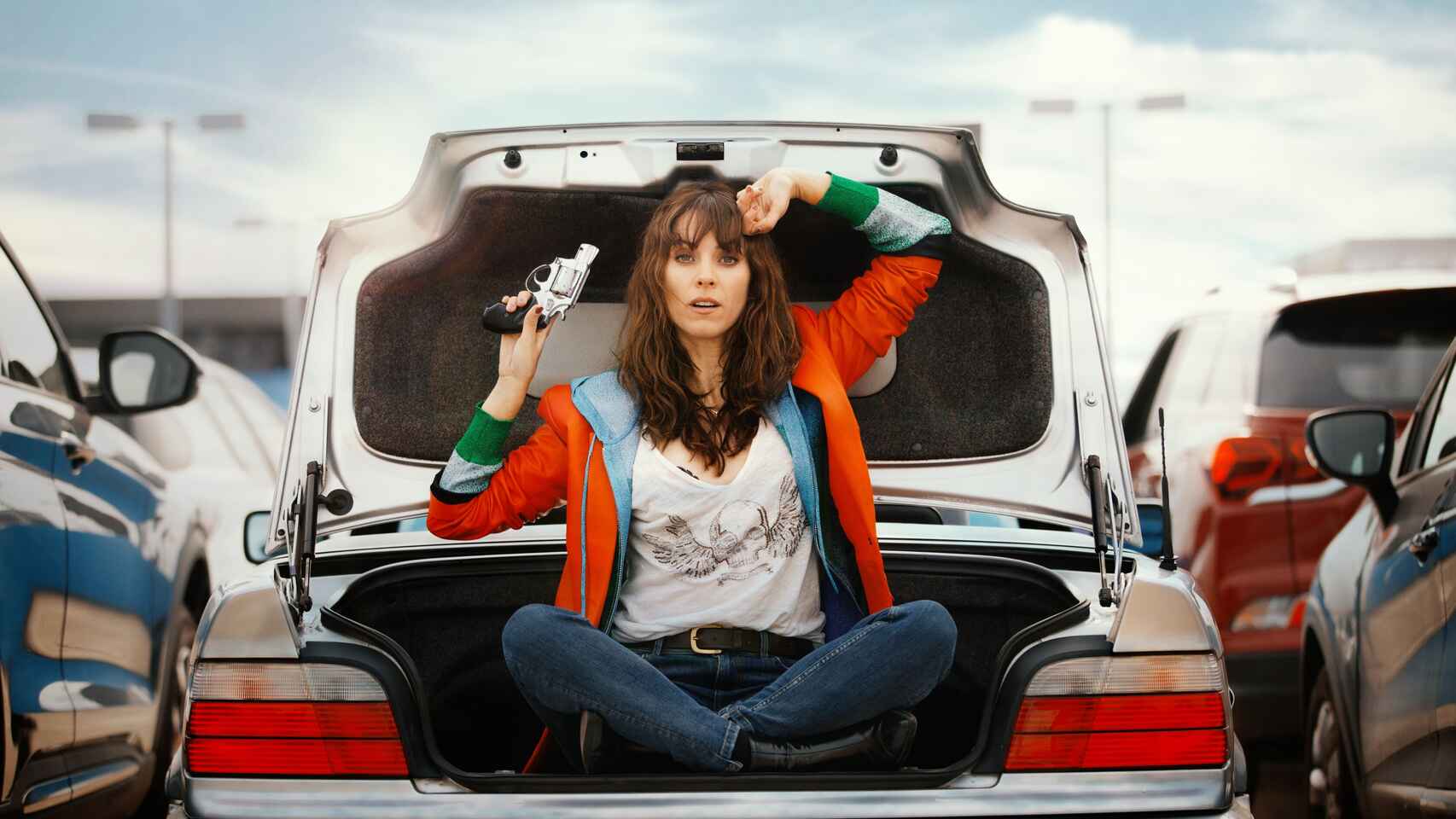 To Barbara, the protagonist of the series Express, a toe is missing. She lost it when she was the victim of an express kidnapping and her husband did not respond to the criminals until the fourth phone call. She is also a criminal psychologist who is dedicated precisely to solving crimes like the one she suffered in a matter of hours. Misunderstood by the Police Force, she decides to take advantage of the opportunity offered by a private company to create her own team of experts. With it you can resolve cases outside the law.

Which is the first Spanish fiction of Starzplay bet, looking in the mirror of Pape’s housely Elite, for the glocal: global plot with local flavor. It is the earliest of the three international platforms to premiere its first Spanish productions in 2022. It will occur in a year in which the offer will be expanded with the arrival of SkyShowtime, a service that will combine part of the Sky, Peacock (NBCUniversal), Nickelodeon, Showtime, Paramount + and Universal Pictures catalogs.

We review the first Spanish fictions of each of them, since the premiere in 2017 of Cable girls (Netflix), Velvet Collection Y The area (Movistar +) to the present.

On January 16 comes this series with high doses of action produced by The Mediapro Studio and created by Iván Escobar (force by force). It stars Maggie Civantos, an actress already known to international audiences thanks to Cable girls and, precisely, to Vis a vis. Its eight chapters of one hour each will also premiere in other countries in Latin America and Europe.

The first Disney + production in Spain will be a series based on the life of Cristóbal Balenciaga Eizaguirre, the prestigious internationally successful Gipuzkoan fashion designer. It is a creation of Jose Mari Goenaga, Jon Garaño and Aitor Arregi, responsible for films such as Flowers (2014), Great (2017) and The infinite trench (2019), and by Lourdes Iglesias. Obsessed with finding his own style among the voices that judged his work and with the loneliness that being an artist entails, the public will witness the constant deconstruction and reconstruction of the great losses of this teacher: his life partner, his mother and their country ”, they explain about this series, made up of six 50-minute episodes.

This international project is the first of Apple TV + to have a Spanish production. Bambú Producciones and the team behind Velvet, Cable girls Y Great Hotel, made up of Ramón Campos, Teresa Fernández-Valdés and Gema R. Neira, have created for the platform a bilingual drama shot in Spanish and English. Now and Then, set in Miami with a primarily Hispanic cast, it’s a thriller which shows the tense reunion of a group of friends 20 years after one of them ended up dead after a college party. Maribel Verdú, Marina de Tavira (Roma), Manolo Cardona (Narcos) and Darío Yazbek Bernal (The house of flowers) they are part of the cast. Gideon raff (Homeland) He is an executive producer of the series and will direct its first two chapters.

The American platform kicked off its prolific production of Spanish series with this period drama set in Madrid in the 1920s. Blanca Suárez, Yon González, Maggie Civantos, Ana Fernández, Nadia de Santiago, Martiño Rivas, Ana Polvorosa and Nico Romero appeared in their five seasons. Later, Netflix recorded new seasons of Paquita Salas Y The Money Heist and created one of his great international hits, Elite, which is still in broadcast. After bets like The neighbor, the adaptation of a local comic, and Valeria, inspired by the novels by Elisabet Benavent, has a well-loaded portfolio of projects for 2022. Among them are The ones in the last row, the first series by Daniel Sánchez Arévalo, and The silence, a thriller by Ángel Gabilondo, creator of Homeland (HBO).

The first steps of Movistar + in Spanish fiction were similar to those of Netflix. He produced new chapters of a hit series on linear television, Velvet (Antena 3), in a sequel set in Spain in the sixties. He recovered many of his actors, from Marta Hazas to Asier Etxeandia. Very few weeks later, the platform debuted The area, suspense series directed by Jorge Sánchez-Cabezudo (Crematorium) and shot mainly in Asturias that only had one season. Also in 2017 came Shame, awkward three-season comedy starring Malena Alterio and Javier Gutiérrez. In these years, Movistar + has had great critical hits, such as the police Iron, with Candela Peña playing a judge trapped in the paradise of the Canary Island; Madrid burns, by Paco León, and look what you have doneby Berto Romero. In 2022 they will arrive Everyone lies, a multi-genre proposal by Pau Freixas that premieres on January 28; Blackout, post-apocalyptic and based on the podcast The Great Blackout; Y Rapa, the new project of the team behind Iron with Javier Cámara as the protagonist.

The American giant made its debut in Spanish production with a formula that has been repeated often in recent years. The strange romantic comedy Little coincidences, starring Marta Hazas and Javier Veiga, was a co-production that first reached their catalog and was later broadcast openly on a general channel, Antena 3. This was done later with Charon (Four), The village Y Ladies of (h) AMPA (Telecinco). In 2020, Amazon opted for original productions, such as the historical adventure of El Cid and the comic miniseries End-to-two stories, about the pandemic. Then came Temperance, based on the homonymous novel by María Dueñas, and in February it will premiere Operation Oil Spill, that recreates the real case of the odyssey through the Atlantic of the narco-submarine captured in Galicia in 2019.

Trailer of the series ‘Foodie Love’

The doubly delicious Foodie Love, an incipient love story of two lovers of gastronomy told from several appointments around a table, it was HBO’s first Spanish creation. Isabel Coixet went behind the camera in the eight episodes that starred, as usual in these productions, actors who appeal to the Spanish and Latin American public: the Catalan Laia Costa and the Argentine Guillermo Pfening. Scenario 0, an anthology based on great plays, broke all trends and Homeland, best seller adaptation by Fernando Aramburu, and the 30 coins by Alex de la Iglesia were a success. One of the attractions of the platform in its metamorphosis as HBO Max is its commitment to local series and programs. In Spain, they have already arrived Everything else, by Abril Zamora, and No news and the animation of Poor devil and the adaptation of the comic Garcia!.

This Diagonal TV production is a series derived from Love is forever and is starring Paula Usero Y Carol Rovira, which recover their characters from the mother series and the lesbian love story that hooked the followers on social networks. Very soon after, the platform succeeded with Poison and in February it will launch Age of anger, from the homonymous novel by Nando López.

Trailer of the series ‘Doctor Portuondo’

Filmin has also decided to create its own original series and last year premiered Doctor Portuondo, in which the Barcelona-born Carlo Padial adapts his own book. Both are built around the narration of the protagonist’s encounters with a psychoanalyst. Portuondo was a Cuban doctor exiled in Barcelona who drank Johnnie Walker whiskey, swore in Freud’s name, and needed as much therapy as his patients.