For Emmanuel Macron, Mbappé “demonstrated the qualities of the greatest” 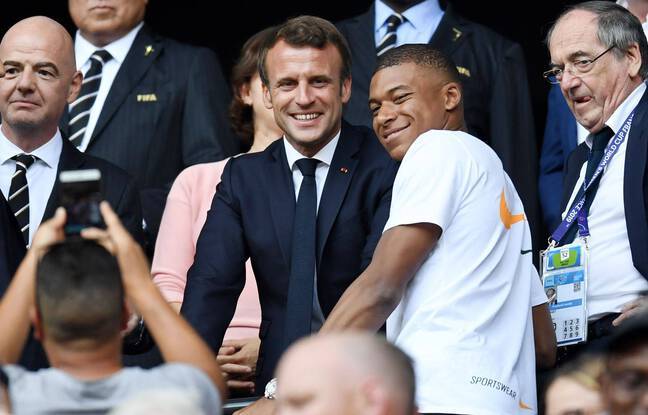 French President Emmanuel Macron praises, in the newspaper The team this Thursday, footballer Kylian Mbappé who, “far from the excesses” of celebrity, keeps “his head on his shoulders” and engages outside sport “for vaccination” and “against violence”.

“I am sure of one thing: he will continue to amaze us”, writes the Head of State in a column published by the sports daily on the occasion of the release of the ranking of “30 who make French football”, whose first place is occupied by the striker of the Blues and Paris Saint-Germain. He wishes the player to build “the best track record in European football” but also “to continue to enchant the public with his jubilant gestures, his brilliant passes and his magical goals”.

Emmanuel Macron also greets the young man of 23 who, “far from the excesses that sometimes accompany celebrity, embodies calm, quiet ambition, gaze towards the stars but his head on his shoulders”. “So Kylian Mbappé never forgets to return to Seine-Saint-Denis”, the poorest department in France, “and in particular to Bondy, where for him it all began” and where he created a social association.

“He chose the risk of engagement. For vaccination, against violence, in communion with the emotions of the country: Kylian Mbappé has a rare awareness of his role, the weight of his words, the force of his actions, ”adds the French president. By concluding that he “demonstrated the qualities of the greatest: lucidity, courage, resistance”.