Emmanuel Macron praises “the role of cults” during the pandemic 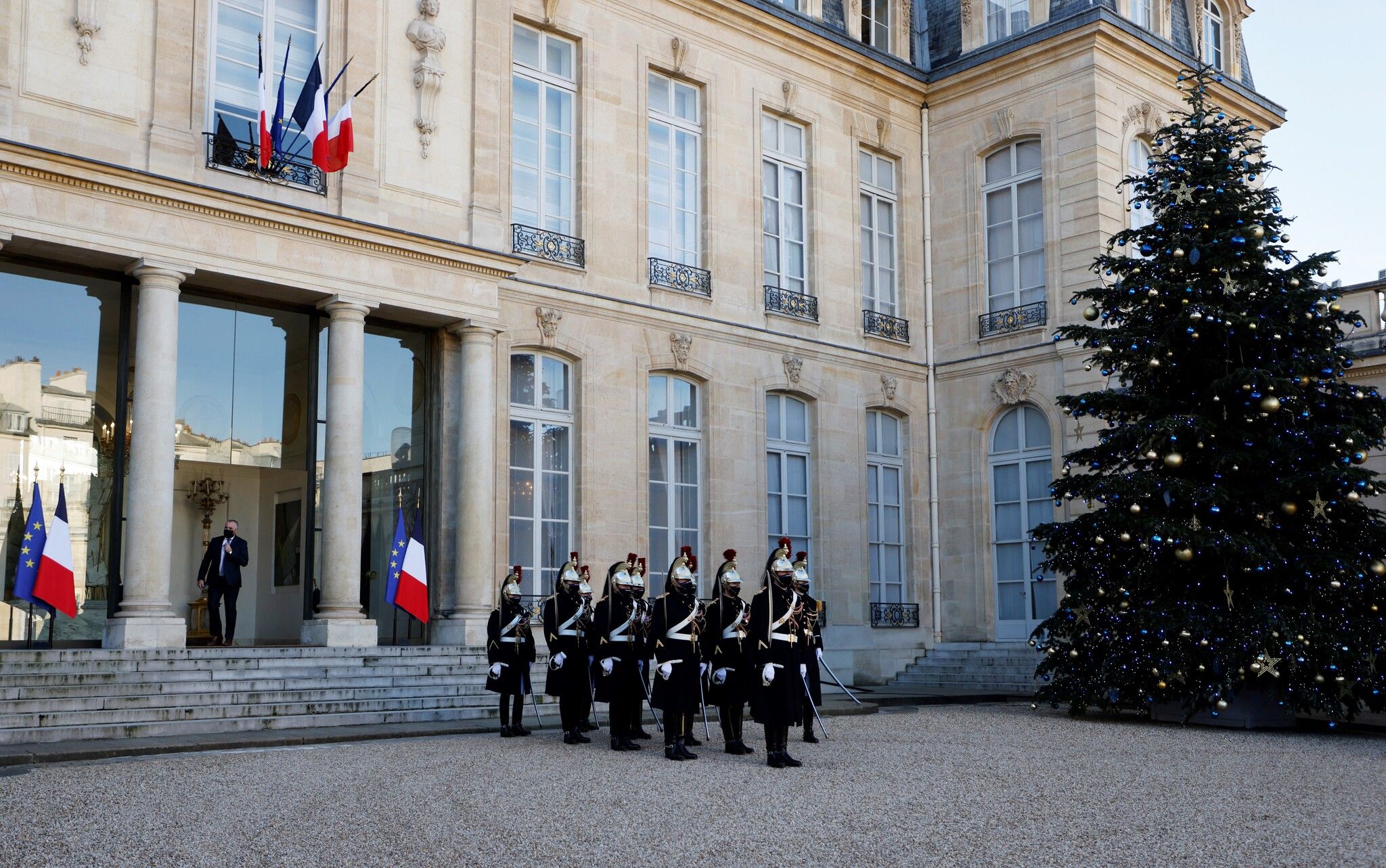 Without constituting official “wishes”, this traditional meeting at the start of the year has been renamed “meeting with religious authorities”. On the evening of Wednesday January 5, the Head of State Emmanuel Macron received – in the presence of Prime Minister Jean Castex, the Minister of the Interior and Worship Gerald Darmanin and the Minister Delegate in charge of Citizenship, Marlène Schiappa – representatives of worship at the Élysée.

The opportunity for him to address various topical issues: health crisis, law strengthening republican principles,secularism, resurgence of anti-religious acts in France… “During his speech, he particularly praised the role of cults in the fight against the pandemic. He underlined how much religions carry meaning, and create links in society, ”underlines Pastor François Clavairoly, President of the Protestant Federation of France (FPF) and of the Conference of Religious Leaders in France, to La Croix. (CRCF).

In addition to a brief evocation of the law strengthening republican principles – the Head of State reaffirmed that it was “not directed against religions, but against radical Islamism and separatism” -, Emmanuel Macron has by elsewhere underlined “the courage of the bishops of France” after the revelations of the overwhelming report published in early October by the Independent Commission on Sexual Abuse in the Church (Ciase).

“He used the term exemplary, while indicating that other bodies were also engaged in this work, like the Independent Commission on Incest and Sexual Violence against Children (CIIVISE)”, notes Father Hugues de Woillemont, secretary general of the Conference of Bishops of France (CEF), accompanying Bishop Eric de Moulins-Beaufort, the president, to this meeting.

Most of the officials came in pairs, with the exception of Bishop Dimitrios, Greek Orthodox Metropolitan of France and Antony Boussemart, President of the Buddhist Union of France. The Muslim cult was represented by three members: the president of the French Council of Muslim Cult (CFCM) Mohammed Moussaoui, the rector of the Great Mosque of Paris (GMP) Chems-Eddine Hafiz, and the rector of the Great Mosque of Lyon Kamel Kabtane.

→ ANALYSIS. Charter of Islam in France: a delayed signature

Shortly before the meeting, Mohammed Moussaoui was to meet with Gérald Darmanin, to come back to the words of the minister who had announced, at the end of December, the “death” of the CFCM, official interlocutor until now of the public authorities. “Emmanuel Macron mentioned the creation of the Forum de l’Islam de France (FORIF), which emerged from the departmental meetings of Islam. This is an important commitment, in line with its desire to put an end to consular Islam, ”continues François Clavairoly.

Antireligious acts were also discussed, for which the government launched a mission in December, while 1,400 acts of this nature were counted in 2021. The latter will have to make, by February, proposals for better identify, treat and prevent them. The two deputies to whom this work was entrusted, Isabelle Florennes (Modem, Hauts-de-Seine) and Ludovic Mendes (LREM, Moselle) were also present at the Élysée.

“It is important to reaffirm the determination of the Republic to strengthen the legal arsenal against these acts, whether physical or on social networks”, assures Elie Korchia, president of the Israelite Central Consistory of France, who came with the great Rabbi Haïm Korsia.

Do religious leaders feel they have been heard? If Elie Korchia confides having felt a “particular listening” during a private exchange, organized on the sidelines of the meeting with political leaders, and relating in particular to the fight against anti-Semitism, others argue that the meeting, “very cordial, was not the place for deep debates ”.

In the wake of a text published shortly before Christmas, in L’Express, the Head of State also returned to his personal conception of the link between science and religion. “He reiterated that the two were not opposed, that faith brought transcendence and meaning,” continues Woillemont’s father. This exchange took place “within the framework of the permanent relationship that[Emmanuel Macron] talks with the representatives of the religions ”, specified the Élysée near La Croix.

Security in Jalisco: Four scavengers are prosecuted for gang activity