After two years of epidemic, “disinformation has entered families” 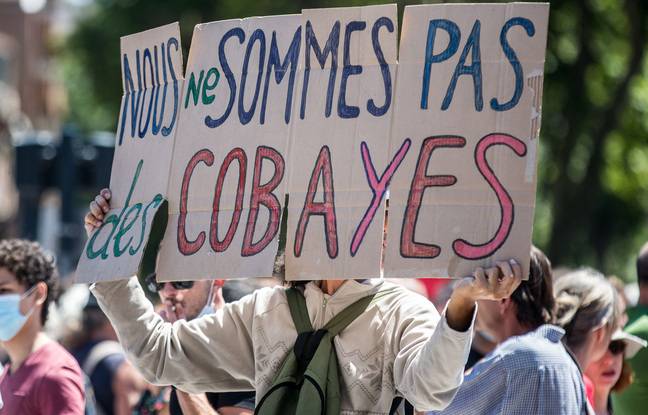 Conspiracy theories on the origin of the virus, mistrust of vaccines, questioning of scientific studies … The coronavirus epidemic, which appeared two years ago to the day, has highlighted the extent of the phenomenon of disinformation.

For Sebastian Dieguez, researcher in neurosciences at the University of Friborg (Switzerland), co-author of the book Le complotisme (Ed. Margada), interviewed by AFP, “what this pandemic has shown us is also that disinformation is a subject full-fledged ”.

What conclusions do you draw from these two years of massive disinformation?

For the first time, we really face the insufficiency of the strictly informative model. This is something we already knew about the climate: it is not enough to give the facts or communicate the science to create support or even make people understand what is happening. With the Covid, it has become obvious. At the beginning, nobody knew anything and therefore science gradually and quickly formed, with uncertainties and hesitations.

At the same time, people were building their own knowledge register, sometimes around misinformation on networks or word of mouth, sometimes around pure invention, schemes that people themselves have in their heads about what it is. is disease. What this pandemic has shown us is also that disinformation is a subject in its own right: it is not just an obstacle, a somewhat painful thing that opposes information. Disinformation is produced day after day, it is rapid and opportunistic, it is more ideology than credulity.

It’s something dynamic, active, in which people get involved. We already knew it more or less, but we had never received it like that in the face, live. This is a very important point, which should guide the actions of scientists, researchers, authorities, journalists: no longer take this as simple nonsense but as real projects of a political nature.

It is of course necessary to correct false information but it must be understood that there is a fringe of consumers of disinformation who adhere to it not despite the fact that they are false, but precisely because they are false, denied by the authorities, rejected, stigmatized. It makes them attractive. It is therefore not people that we are going to recover by transmitting the right information. They anticipate being called naive or conspiratorial. Another lesson from the pandemic: they are not totally isolated or a small group of eccentric people.

Exactly, what is the impact on society?

Those who actively join have an impact on the real world. They can influence decisions: the authorities will try not to offend, for fear of reactions, demonstrations etc. This will make political decision-makers timid, especially during an election period. Disinformation has several effects: it is misleading but it will also alter a general intellectual environment and have an impact on what is going to be said, because of the pressure from a very minority but very noisy fringe.

We have the impression – even if it is difficult to prove – that the fight against the virus has been adapted to the susceptibility of some, for example with vaccination campaigns, which has annoyed many researchers. It is also true in daily conversations: people no longer want to talk about the virus because we know that such and such does not agree and that we will “argue”.

People find themselves forced to choose sides. The concept of disinformation and conspiracy has entered families, it tears up friendships, social groups. There is a polarization, an extremization. “How can I convince my cousin to stop watching these videos?” “Or” my mother has totally lost touch with reality “: this is also the concern of people. They are less afraid of the virus than of what their social environment has become. There is a need for redress on the ravages of disinformation.

Are we today better equipped to fight it?

Unfortunately no. But perhaps we have a first lesson: if we want to spread science, we must not forget the human sciences (such as social psychology). You have to know how people behave, how this disinformation works, how it circulates. And do it hand in hand with epidemiologists and climatologists, who cannot get their message across.

Disinformation exploits all new means of communication, the Internet, social networks… But these are things that we can take back in hand, for information. There is also “fact-checking”, and journalism in general, but also the legislation which must adapt: ​​are we censoring or not (the disinformation which circulates the social networks)? And not be satisfied with commissions or reports here and there.