The essence of Protestantism 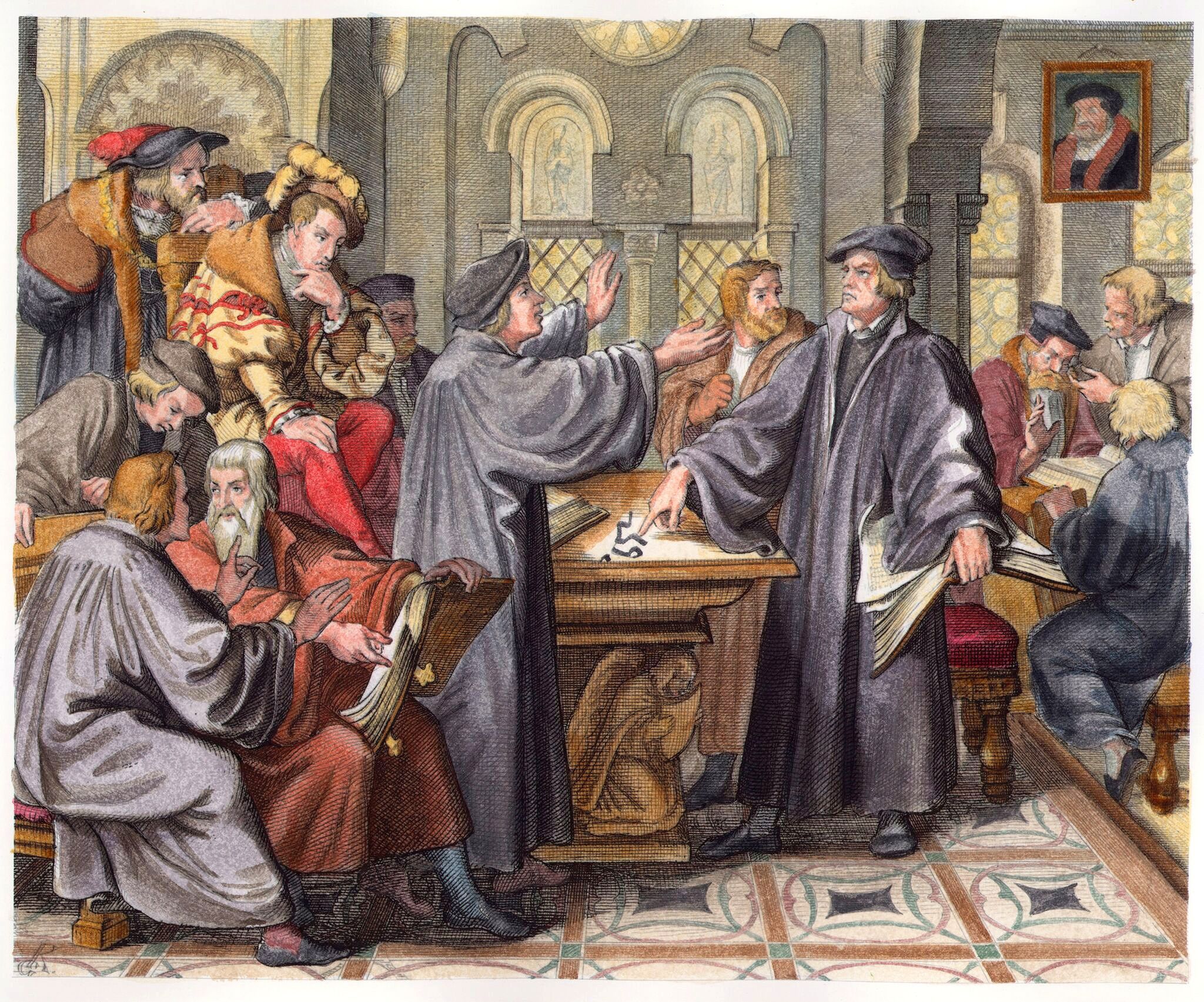 Theology of Protestantism. Notions and structures

Under the label “Protestantism”, we can classify about thirty different denominations. They constitute a few large families (Lutheran, Reformed Anglican, Methodist, Pentecostal, Unitarian) and come from various currents: orthodox (very attached to the traditional doctrine and to the formulas of the XVIth century), biblicalist (privileging the reference to the Scriptures), liberal ( concerned about an enlightened, reasonable religion, in dialogue with culture), enthusiastic or inspired (insisting on the action of the Spirit), pietist (cultivating an often sentimental religiosity). These families are organized according to various systems: episcopal (where bishops have authority), congregationalist (where each local parish is independent), presbytero-synod (where decisions are taken by local councils and regional and national assemblies. ).

These simple indications encourage us to speak of Protestantism in the plural. However, it is the singular that André Gounelle retained in his title: Theology of Protestantism. The project of the former professor at the Protestant theological faculty of Montpellier is indeed to seek, beyond the proliferation of currents, Churches, theologies, spiritualities, rituals, “the logics and the organizing principles …” Protestantism.

His conviction is that, beyond all its internal variations, Protestantism “is characterized by a structure and an attitude in which a diversity which calls for the plural (” Protestantisms “) is conjugated with a unity which allows the singular (” the Protestantism ”)”. To highlight this, André Gounelle therefore plunges his reader into the history of Protestantism, of which he is a specialist.

It begins with a focus on its origin. There is not one, but Reforms in the 16th century, he insists: the Lutheran Reformation, the Reformed Reformation, the Radical Reformation, the Anglican Reformation (which oscillates between the political and the religious) and the Catholic Reformation. . The first three gave birth to Protestantism. “The supporters of the Reformation did not call themselves ‘Protestants’. (…) They did not choose this term; it was applied to them from the outside, from the outside. Nevertheless, they very quickly adopted it, ”recalls the author. “Protestants readily define themselves by two protests. First, a protest for God against what disfigures and masks him. (…) Protestantism wants to fight against idolatry, that is to say against any confusion of God with a reality of the world (…) Then, a protest for the human being, against what crushes him and enslaves him … “

These two protests are carried by the two fundamental principles of Protestantism which are the authority of Scripture and free salvation. The author devotes two of the four parts of his book to these points, outlining in a synthetic way the positions that reference theologians have been able to defend on such and such a point being debated. This typological approach makes it possible to “describe the theological vocabulary and grammar of Protestantism” and thus to access the “essence” or “the spirit of Protestantism”, without ignoring its diversity.

It continues with a section on the Church which deals with the question of its mission, that of ministries, worship and the sacraments, and of course the Last Supper. On this last subject, André Gounelle clearly highlights the diversity of positions within Protestantism and can say where the points of agreement and divergence with Catholic doctrine lie.

At the end of his career, the theologian, who is part of the liberal movement, comes to identify five features which according to him allow to define the essence of the spirit of Protestantism: “1. God alone is God; 2. I am before God; 3. God speaks in the Bible; 4. God frees; 5. God brings out something new ”. A book with a scholarly title but which remains very accessible, thanks to the author’s educational concern and the quality of his writing.