Hidalgo still blurs its positioning against the popular Primary 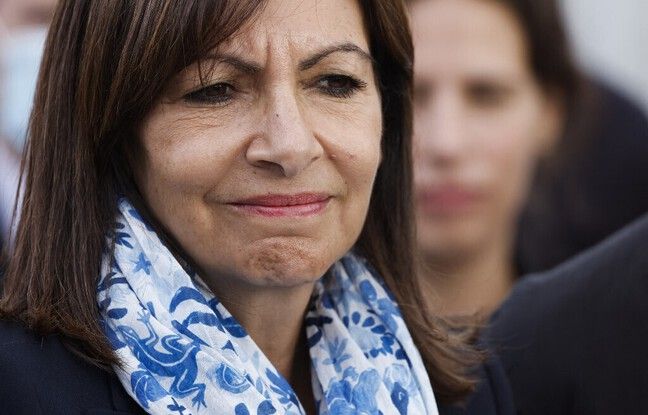 Let’s start this article with a confession: it has sometimes been necessary to reread certain episodes of the last few weeks once or twice to be sure of understanding everything about the strategy of the PS and Anne Hidalgo in this presidential campaign. Latest episode to date: Tuesday morning, the candidate
announcement on France 2 that the Popular Primary, to which it rallied at the beginning of December, “would have no meaning” if it only brought together Arnaud Montebourg and – probably – Christiane Taubira. Understood: without Yannick Jadot, there will be no single candidacy from the left and “everyone will wear their colors and I will do it on my side”.

A step back, a step forward: it is the impression that the PS and its candidate can give lately. It is not, however affirms the socialist senator of Paris Rémi Féraud, close to the mayor of Paris: “Anne Hidalgo always said the same thing from the beginning. But I can see the sleight of hand which consists in making believe that it is she who gives up the primary while it is Yannick Jadot who refuses it. “For him, it is above all about putting – once again – the pressure on environmentalists:” Jadot made an analytical error, he would have scored a lot of points by saying ” tope-la ” right away. If it really was the historic hour for environmentalists, as he puts it, then he would be sure to win the primary. “

Primary from the left: “There is still a little time left (…) It would not make sense if that did not allow to have a single candidate”

In practice, it is not so clear and, on the ground, “the militants are a little lost”, explains a local official of the PS. Rémi Féraud, who also sees the activists in his corner wondering, recognizes that Tuesday’s statement by Anne Hidalgo was also intended to reassure in his own camp. Not certain that it has achieved its goals: among several socialists questioned by 20 Minutes, it is the “surprise” that dominates. Ditto for a source close to the People’s Primary organization: “We don’t recognize each other in the last statements. The exchanges we have with the PS are rather positive. “

Besides the question of the outright participation of Anne Hidalgo in the Popular Primary, two points seemed to be particularly the subject of negotiations. First, the question of the voting system. The vote is provided for in “majority judgment” in one round – that is to say, a ranking of the candidates in order of preference of voters – while the PS would like a first past the post majority election in two rounds, as for the presidential election. . At the end of December, Mathilde Imer, spokesperson for the Popular Primary recognized that there were “discussions” on the subject but defended the project: “It would be a mistake on the part of the PS. Because a two-round vote takes time, and Anne Hidalgo herself is used to majority judgment: she used it for her participatory budget. “

Another point in question: the possibility of creating physical voting points. “The PS is right to want to broaden the electoral base” of the primary, thinks a Socialist parliamentary collaborator interviewed on Wednesday. But here too, it’s complicated: apart from the fifth wave of Covid-19, it’s not easy to set up the logistics in a few weeks. Aware of the risk of a digital divide, the Popular Primary is also in the process of training its activists to bring other populations to the vote. A first score on the number of people registered to vote (and not just signatories of the call to the primary) should be published early next week, provides a source close to the organization.

There remains “roughly a week”, as Anne Hidalgo said, to unblock the situation. But basically, isn’t it already too late? “I have a bit of the impression that she has lost a lot of people by changing her strategy regularly”, laments the employee interviewed by 20 Minutes. Perhaps even to parliamentarians, a number of whom almost come to think, according to the same source, “that a primary that Christiane Taubira would win, that would not be bad. That it would have a little more panache ”.

If the proposal to organize a primary on the left “was a nice strategic move”, estimates the local framework of the PS interviewed by 20 Minutes, it has however not bent the curve of the polls … or then negatively. “It’s normal that we are at this level, nobody knows what our positions are,” groans the executive. At least Mélenchon is smart: he refuses to talk about the union of the left and has time to talk about his program. “