High level sport can bring the most beautiful emotions to athletes, as well as the toughest. Elise Christie, three-time world speed skating champion, who announced on December 14, 2021 to retire at 31, said she was a victim of depression. In a testimonial article published by the British media The Guardian, Saturday January 1, the British athlete talks about his sport, his injuries and the consequences of a high-level career on his mental health.

I’ve been putting this off.

I will have a lot to say and I know a lot of people with have a lot of questions… but for now it’s time to announce my retirement from short track speed skating. pic.twitter.com/70u9g3Wnqv

She says in particular that she always felt stifling pressure, perceiving herself as a “medal machine” who needed “to run to ensure the financing of her sport”. “Every world championship was the same. I didn’t appreciate my medals. I was like, ‘I have to have a medal to keep my funding.'”

This life of constant pursuit of performance was not without consequence for the Briton, who won three world titles in 2017 in Rotterdam, becoming the first Briton and the first European to achieve such a feat. “I spent 16 years working very hard, trying to win constantly, and it cost me dearly,” she explains. The words used are strong, and for good reason: in April 2021, Elise Christie, exhausted, tries to end her life.

Now retired, Elise Christie wants to take a step back from her personal and professional life. “I’m disgusted. But I don’t want to be in this darkness again. I’m working on other things now, moving forward with my life in another way, focusing on getting out of it. ”

A few months ago, Elise Christie had already confided in her autobiography titled Resilience, in which she describes 2018 as the most difficult year of her life. In that year, she competed in the Winter Olympics in PyeongChang. Yet favorite, she was disqualified in two events. An immense disillusion that recalls that experienced during the Sochi Games four years earlier where she was, again, disqualified from three events. These recurring disqualifications earned her the nickname “cursed” or “the most unlucky British Olympic athlete” according to the media, she who has never won an Olympic medal in three appearances. 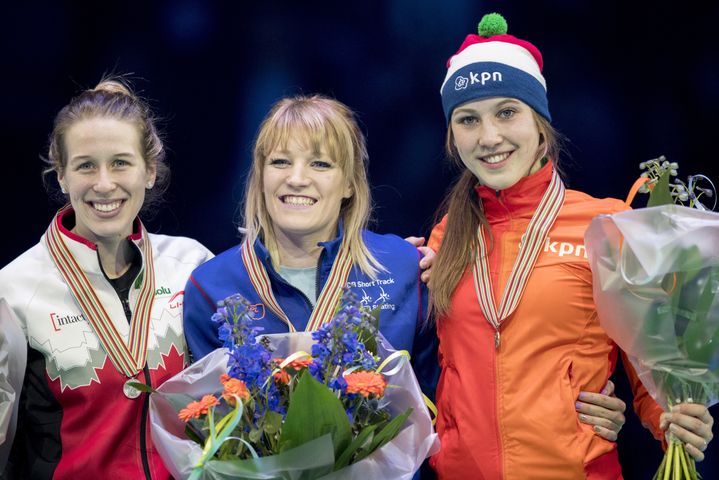 If she will not participate in the Beijing Games next February – she did not qualify due in particular to an ankle injury and then announced her retirement – she is still pursuing her dream of an Olympic medal. “I will not reveal my sports plans for 2026 for the moment, but the dream of an Olympic medal is not over”, she wrote on social networks when he announced his retirement in mid-December.

Elise Christie then detailed her comments in the columns of The Guardian. “I still have this dream of an Olympic medal because it is my passion. But if I can help someone with mental health problems, it will be more important than any medal, so I prefer to take my time now to heal and take care of myself and help others, “she told the British newspaper.