Emmanuel Macron wants to “piss off the unvaccinated”: “He carries a word that many French people share”, defends Christophe Castaner 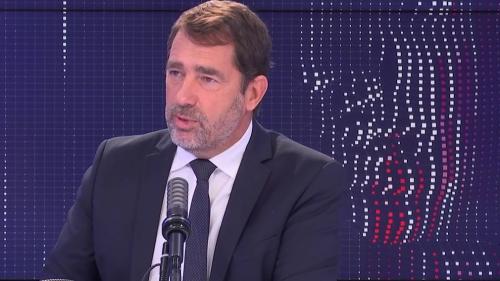 “I understand that this clashes” but “we need this frankness”, defended on franceinfo Tuesday, January 4, Christophe Castaner, after the remarks of Emmanuel Macron on the unvaccinated against the Covid-19. “The unvaccinated, I really want to piss them off”, launched the President of the Republic in a face to face with the readers of the newspaper The Parisian. The president of the LREM group in the National Assembly denounced “a sterile controversy” while political reactions multiply to denounce this little phrase.

franceinfo: What do you think of Emmanuel Macron’s words and the reactions they aroused?

Christophe Castaner : Maybe those who commented tonight haven’t taken the time to read the interview. Perhaps there are controversies to be made on the president’s remarks on Europe, the health system, education … But no, we can see that there is a sterile controversy that is in progress. going up. What we are talking about is a reference to Pompidou’s formula: “We must stop pissing off the French.” It is this formula that the President of the Republic has declined. The sentence shocked no one in Pompidou’s mouth.

Do you understand, despite everything, that these words are shocking?

The President of the Republic speaks frankly, so much the better. We need this frankness and I think that if you questioned nursing staff who are in hospitals, emergency or intensive care units, they would be the first to confirm to you that the President of the Republic is right. A small minority endanger our hospital system and all of everyone’s freedoms. I understand that this clashes with the comments of the oppositions because they have no frank opposition. For example, at Les Républicains, Valérie Pécresse declares to be for the vaccination pass while [lundi] LR deputies voted against. The president’s remarks provide clarity and we need it at this difficult time for the country. Basically he carries a word that many French people share.

Doesn’t that risk dividing the French?

A minority which puts the French population at risk would be right? Shouldn’t we rush them a bit? My feeling is that we must save the lives of the unvaccinated despite themselves. What we are doing today is having this ambition. You can be weak and give in to threats. Parliamentarians are threatened by these people on a daily basis and we are not talking about pissing off but cutting off heads. My feeling is that today we have to convince. Too often in political life we ​​try to please and please everyone. There is a saying about me: “Friend of everyone, friend of no one.” We must not try to please. We are in a fight against a virus that threatens each and every one of us and on that we must not seek to please but to have political courage. I expect all of the oppositions to be on our side, to vote for the measures that we have implemented in Ségur on salary increases and hiring. But no, they are by nature always against it.

Speaking thus, is Emmanuel Macron still the president of all French people?

Sure. He is the president of all French people when he invites the French to be citizens who protect each other. Does considering this small minority which puts each and everyone at risk, having an ambiguous discourse on the vaccine issue, mean preserving the French? I do not believe. On the contrary, it is to threaten them. We must have political courage, we have it despite the threats.