Charter of Islam in France: a delayed signature 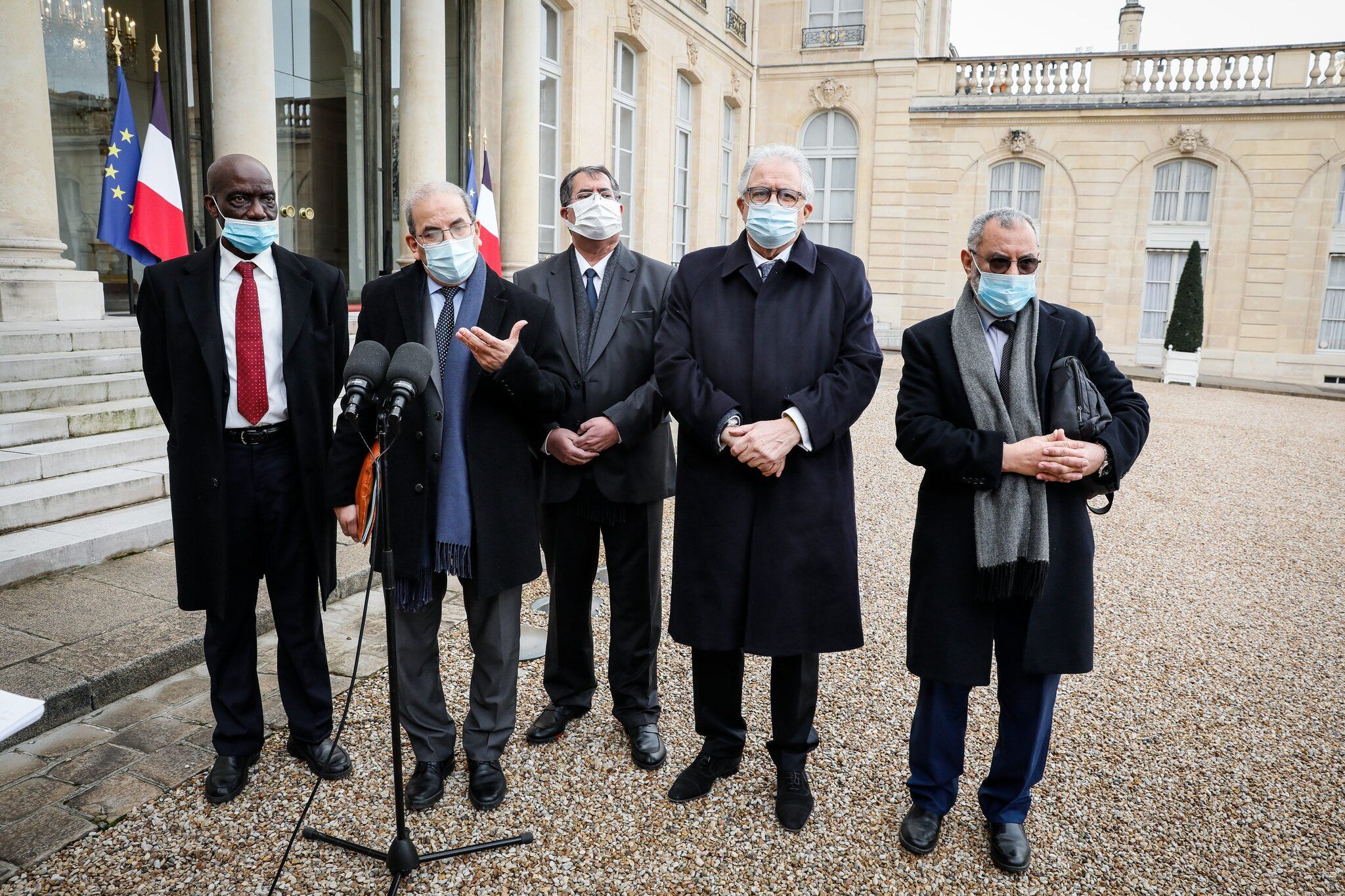 Twists and turns and concise statements by way of press releases are definitely legion in the heckled arena of Islam in France. The last days of 2021 counted at least two, at the end of a year marked by internal dissensions which reached an unprecedented level of gravity.

→ EXPLANATION. Faced with the implosion of their representative bodies, disillusioned Muslims

On Friday, December 31, the French Council for Muslim Worship (CFCM) announced a further postponement of the launch of its much-anticipated National Council of Imams (CNI). Initially scheduled for December 12, then for January 9, the meeting of imams, chaplains and other officials of places of worship that should lead to the creation of this council has been postponed sine die, officially due to the situation. sanitary.

The launch of the CNI by the CFCM was thwarted by a competing project which itself saw the light of day on November 21. This other council of imams was carried by the four federations, led by the Great Mosque of Paris, which left the CFCM office in March to create a parallel “coordination”.

At the heart of the dispute: the “charter of principles for Islam in France” supported by the government, which three federations had refused to sign in January 2021, provoking the ire of the government and the commotion of the four federations which had become secessionist for three months later.

However – and this is the second twist of the very end of 2021 – the three non-signatory federations have changed their minds to finally affix their signature to the famous text. These are two federations linked to Turkey – the Coordinating Committee of Turkish Muslims in France (CCMTF) and Milli Görüs (CIMG) – and Faith and Practice, the French branch of the Tabligh pietist movement, born in India.

In one joint press release published on December 24, they announced that they had taken this decision unanimously, thereby inviting all the federations of the CFCM to come together within this unique body “which is and will remain our common home”.

The Minister of the Interior, Gerald Darmanin, however announced, on December 12, the “death” of this body created in 2003, which acts as the official interlocutor of the public authorities for the Muslim religion. In recent months, the Minister has continued to make the non-signing of this charter a reason for exclusion from dialogue with the State.

In their press release, these three federations insist on the “instrumentalization” of which, according to them, their reluctance to sign the charter proposed in January 2021, wrongly understood as “an irrevocable refusal”. However, these federations claim to have always been in “a process of open dialogue making it possible to perfect the text”. They also say they have publicly supported the republican values ​​decreed by the charter, such as religious freedom and the fight against discrimination.

Other points addressed in the charter, such as the rejection of political Islam or that of nationalist speeches in defense of foreign regimes, were not, however, addressed in the press release of December 24. However, those who are knowledgeable about the issue see it as a stumbling block, in particular for the CCMTF, organically linked to Ankara through the Diyanet, the Turkish Directorate of Religious Affairs.

For his part, the president of the CFCM, Mohammed Moussaoui, in a press release on December 25, welcomed this late signing and called to “take note of this development”.