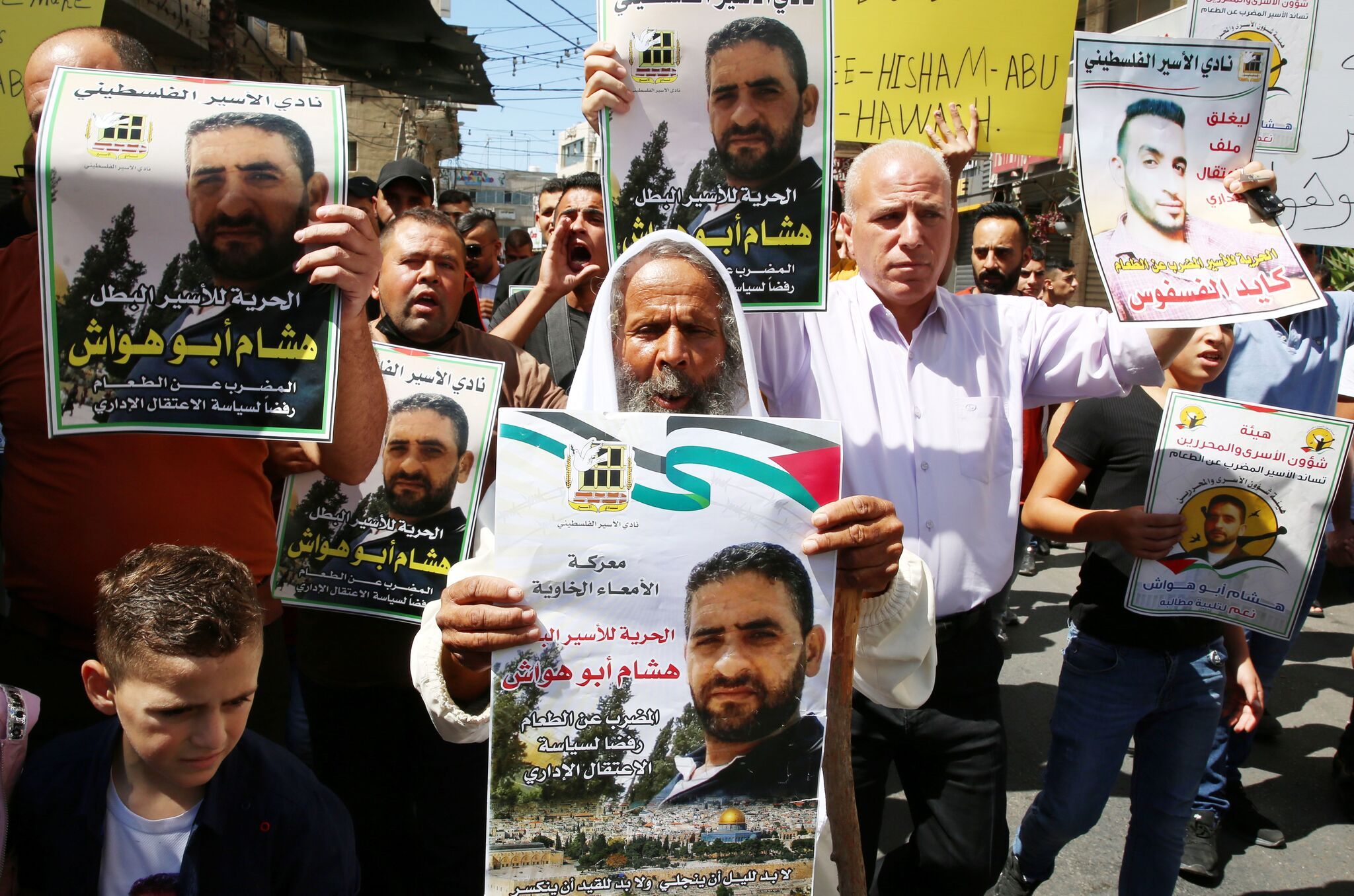 On the 140th day of his hunger strike, Hicham Abou Hawash finds himself between life and death. This 40-year-old Palestinian, father of five children, has been imprisoned since October 27, 2020 by the Israeli authorities who accuse him of being an Islamic Jihad activist, representing, according to the Shin Bet, a danger to regional security. Charges that he refutes and for which the Israeli security service has not produced evidence, according to the Israeli daily Haaretz.

“Increase the oppression of the Palestinians”

Since October 2020, Hicham Abou Hawash, already convicted and detained several times in the past, has been the subject of various administrative detention orders, renewed each time, without having been charged or tried. Last week, the Jewish state agreed to suspend his detention due to his state of health, but the detention order was not fully revoked, the detainee decided to continue his hunger strike.

→ EXPLANATION. The prison, the hole and the Palestinian prisoners: the great escape that holds Israel in suspense

Several voices regularly denounce the use of administrative detention as an arbitrary method. The Palestinian deputy of the Knesset Sami Abou Shehadeh (United Arab List), sees it as a “kidnapping” and an “immoral and illegal crime used by Israel to increase the oppression of the Palestinians, with the silence of all the countries which claim to be democratic ”.

The Haaretz itself had published an editorial on December 7 calling for the release of Hicham Abu Hawash and denouncing more broadly “the routine incarceration of hundreds of Palestinians without trial and for an indefinite period”. The Palestinian Prisoners Association has also announced a boycott of Israeli courts from January 1 to denounce this practice.

The risk of sudden death after 55 days of fasting

Anyway, Hicham Abou Hawash, originally from Dura near Hebron, is in “immediate danger”, according to a report from Doctors for Human Rights (PHR). On Friday, December 31, a delegation from the Palestinian health ministry, having been able to visit him at the Beilinson hospital in Petah Tikva near Tel Aviv, noted in particular severe muscle atrophy, as well as an inability to move and to speak.

In a video, posted on December 29 by the Arab Organization for Human Rights in the United Kingdom, Hicham Abou Hawash appears bedridden and inert, surrounded by two of his tearful sons who, according to the organization, were meeting him. for the first time since the start of his hunger strike. The Israeli Medical Association considers a patient to be at risk of sudden death from 55 days without food.

The death of Hicham Abou Hawash could seriously increase tensions between Israel and the various Palestinian organizations, seven months after the war between the Jewish state and Hamas in May 2021. The Palestinian Authority, whose leader Mahmoud Abbas has been received last week by Israeli Defense Minister Benny Gantz, has requested immediate release. “We will hold the Israeli government fully accountable,” warned Hussein Al Sheikh, Palestinian minister of civil affairs.

Hamas, in power in the Gaza Strip, and the armed group Islamic Jihad have already indicated that they would consider his death as an “assassination”. “All options are on the table in the event that the occupation (Israel) continues to procrastinate and shirk its responsibilities,” threatened the Islamic Jihad, which declared a state of alert.

The warning came in the wake of two rocket attacks carried out on Saturday morning from the Gaza Strip and which fell in the Mediterranean Sea, off Tel Aviv. In retaliation, the Israeli army, which accuses Hamas of being responsible, bombed positions of the Islamist movement on Sunday in the southern Gaza Strip.