From the mysteries of the depths to air warfare through ants, vaccines and ‘influencers’ 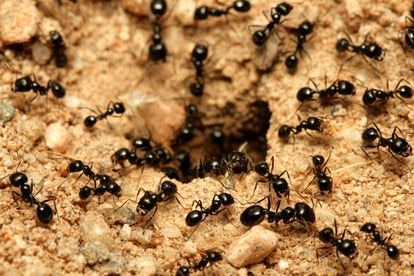 Ants will be one of the protagonists of the season in essay books, thanks to the work of EO Wilson.

2022 arrives full of unknowns, but what there is no doubt is that we will continue reading, determinedly, and that books are going to arrive that will allow us to compensate for so much strange time and so much shock and provide us with that intimate indomitable happiness that reading gives us . In non-fiction, an endless avalanche of topics and titles is foreseen in which it is difficult to put an order beyond the always subjective to select what one can attract the most attention. It is difficult to escape, thus, the charm of various proposals of natural sciences and nature writing. Ático de los Libros will publish in May, a good time to start getting back into the water, with a suggestive kraken tentacle on the cover, The mysteries of the deep, by the marine biologist and eminence in the abysses (yes, it sounds like old Nemo) Alex Rogers, a work resulting from 30 years of passionate research on the seabed and what lives down there and, in a very modern approach, our duty to protect them (learn, Ned Land!).

The recent disappearance on the 26th of the irreplaceable EO Wilson, that poetic biologist and enthusiastic myrmicologist, makes the publication of Stories from the world of ants (Review, in February), a journey through the amazing territory of these tiny beings in which Wilson takes us from Mozambique to New Guinea passing by his house in Alabama to get to know 25 of the 15,000 species of those insects that fascinated him so much . Without leaving the topic, Captain Swing will publish A story with a sting, my adventures with bumblebees, by ecologist Dave Goulson, and also The roe deer manby Geoffroy Delorme, who became intimate with one of these animals during a vital immersion in the woods.

The emotional essay is also recommended Small bodies of waterby New Zealand poet Nina Mingya Powles, who reflects on travel and culture through her experiences with water and who has enchanted Robert Macfarlane (Attic of Books). Another book not to be missed, this one by the very specialist in the field Errata Naturae, is Surrender, British Canadian Joanna Pocock’s account of her existential journey to the wildest of rugged Montana, in which she infiltrated communities of trappers and wolf hunters and befriended a trans woman dedicated to recovering the sacred seeds of the natives . I sing to the need to rethink our relationship with the planet and to the desire to reinvent ourselves, full of adventure and sensitivity, the book, which will appear in March, has been a finalist for the Barry López award and winner of the Fitzcarraldo, two names that endorse any trip.

Reconstruction of the Viking ship Skuldevev 2, ‘Steed of the Seas’, sailing from Denmark to Dublin in 2007

Edhasa proposes two great books on ancient Greece: the biography of Alexander the Great by Anthony Everitt (author of Cicero’s stupendous) and which delves into the political of the conqueror, and Sparta, the warrior’s defeatby Philip Matyszak (the author of the essential The enemigos de Roma and the sympathetic manual of the Roman legionary), which follows the decline of the Spartans just one or two generations after astonishing the world with the preeminence of their hoplites.

In Ático de los Libros also one of the works about the Vikings that is being talked about the most, The kings of the river, in which bioarchaeologist and subject specialist Cat Jarman offers a new vision of the roles of women and children in Viking society and detectively follows objects that show its interaction with the Middle East and the Silk Road .

In the same publisher, a nose-demystifying book about the Middle Ages, The smell of the Middle Ages, by Javier Traité and Consuelo Sanz from Bremond (April), who explains that, what the time smelled like, that it wasn’t as bad as we thought; and a history of the maquis by Julián Chaves (January). And the return (April) of James Holland with another of his forays into World War II: Normandy 44. The war and Nazism are still very present in the catalogs. Taurus will publish Himmler’s doctor, by the Sorbonne professor and specialist in the III Reich François Kersaudy, who reviews the history of Felix Kersten, the famous masseur of the SS chief (of whom Past & Present published his memoirs in 2017), claiming him as the savior of thousands of lives, including 60,000 Jews. Critic will launch Hitler and Stalin, by Laurence Rees, comparative of two monsters, and Gutenberg Galaxy Collaborators, Western Europe and the Nazi New Orderby David Alegre Lorenz. In its antipodes is Daughters of resistance, by Judy Batalion (!), about the steel-nerved Jewish women who entered and left the Warsaw ghetto to supply it and keep up the fight (Seix Barral). In Galaxy Gutenberg too The pitfalls of history, a volume of essays by Christopher Clark, the great author of Sleepwalkers.

For its part, Desperta Ferro will deliver the third volume (dedicated to the Soviet counterattack) of the monumental tetralogy on the battle of Stalingrad by David M. Glantz and Jonathan M. House. Another siege, that of Leningrad, will have a new book in Debate, the work of the Eastern European specialist Anna Reid, who has handled unpublished material on those nine hundred days of suffering. And also to highlight the unusual analysis of the sociologist Malcolm Gladwell ―the author of Talk to strangers– on the Allied strategic bombardment against Germany (Taurus). 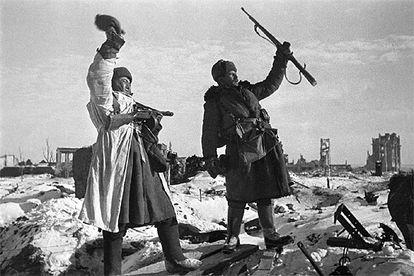 Soviet soldiers celebrate the liberation of Stalingrad on January 31, 1943. ZELMA

Criticism will publish The wandering doctors, by the historian Carles Brassó, a book that traces the life and solidarity adventure of a handful of doctors who were in the front line, from the International Brigades to World War II through the Chinese civil war. In Desperta Ferro, many interesting things: a book about the fight of Spain against the Muslim pirates of the Philippines (Moors, by Julio Albi de la Cuesta), two about the Middle Ages, Sword, hunger and captivity, by Yeyo Balbás, dedicated to the Islamic conquest of the peninsula, from Guadalete to Covadonga (on the 1,300th anniversary of the battle), and the stimulatingly highly illustrated Templarsby Zvonimir Grbašić, a well-known contributor to the group’s magazine. To be noted from the same publisher a biography of Julius Caesar by the renowned specialist in archeology and history of Rome Patricia Southern, and Blood on the forehead, a large format book with 180 colored photographs of the Spanish Civil War.

Also in historic waters, The dream of Ulysses, in which José Enrique Ruiz-Domènec addresses the Mediterranean cultural legacy from Troya to las pateras, and An empire of engineers, by Felipe Fernández-Armesto and Manuel Lucena Giraldo, the history of the Spanish Empire told from the point of view of hard-working engineers in different fields (both titles in Taurus). Nuccio Ordine will publish in Cliff an exquisite study on the monarchy of Valois Enrique III (Three crowns for a king).

Turning to more contemporary issues, Peninsula will publish a successful book in Germany on the phenomenon of influencers, by Ole Nymoen and Wolfgang M. Schmitt, and the very timely We choose to go to the moon, chronicle of Pfizer president and CEO (and son of Greek Holocaust survivors) Albert Bourla of the nine dizzying months between the COVID pandemic broke out and the vaccine was approved. With our world of now also in sight, Ariel will edit Wake. #MeToo and the global fight for women’s rights, by Rachel Vogelstein and Meighan Stone, on the global impact of the movement. And Tusquets, a history of individualism by Rüdiger Safranski (Be unique). Very nice seems another title of Peninsula: Manga, arcades and karaokes, how Japanese pop culture reinvented the world, by Matt Alt. In the same editorial, Vox S.A., the business of Spanish patriotism, by EL PAÍS journalist Miguel González. 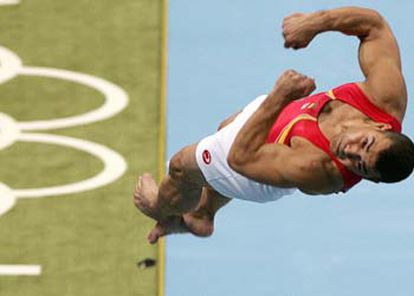 Gervasio Deferr, on his leap to gold.REUTERS

Other interesting biographies that will come to us (to add to those of Kersten and César) are those of Antonio de Nebrija on the 500th anniversary of his death (by José Antonio Millán, in Galaxia Gutenberg), by Gabriel Ferrater by Jordi Amat (Tusquets ), by Dora Maar by Brigitte Benkemoun and Andy Warhol by Blake Gopnick (both in Taurus), by Carmen Balcells by Carme Riera and the controversial by Philip Roth by Blake Bailey (both in Debate), by Virginia Woolf by Quentin Bell (Lumen) or, to put us tense, that of the gymnast Gervasio Deferr (The big jump, Peninsula). Captain Swing will publish Kim Jong-un’s by Anna Fifield, considered the Bible about the North Korean leader (The great successor). In September the correspondence between Camus and María Casares (Debate) will be published for the first time in Spanish, while Acantilado launches in June the one between Stefan Zweig and Richard Strauss.

For one of the great anniversaries of the year, the centenary of the discovery of Tutankhamun’s tomb, we will have to wait until November. Among the literary novelties about the pharaoh are two very interesting titles in English, Treasured: How Tutankhamun Shaped a Century, by Christina Riggs, which explores the myth of discovery itself and the vicissitudes of Egyptology vis-à-vis politics – will appear in Atlantic Books in February – and in April, Tutankhamun, Excavating the Archive, a book from the Griffith Institute, which preserves the documentation of Howard Carter’s excavation, in which the find is reviewed through 50 elements selected from its archives.