Feminicides: three victims in 24 hours, associations are stepping up to the plate 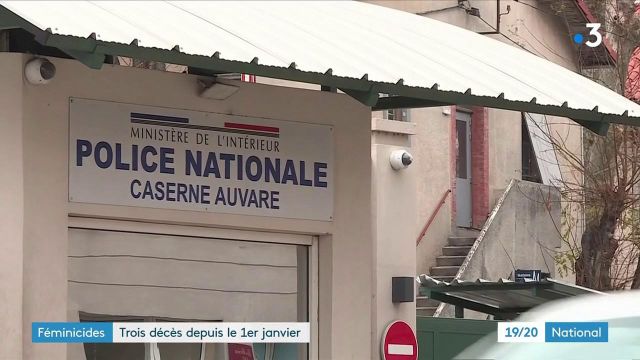 Since Saturday January 1, three women have already lost their lives due to domestic violence. The government’s lack of reaction enraged feminist associations.

A woman was found dead on Sunday January 2, strangled in the trunk of a car, in a garage located in the Madeleine district of Nice (Alpes-Maritimes). His former companion and his son were taken into police custody. On January 1, a 28-year-old soldier was also found dead at her home near Saumur (Maine-et-Loire), suffering from ten stab wounds. Her companion, also a soldier, admitted having stabbed her and was arrested. The neighbors had heard a violent argument around 4 a.m. “I heard a man scream. It lasted a good half hour, and after more a noise“, confided a neighbor. Also on Saturday January 1 in Meurthe et Moselle, a woman had been killed by her companion.

These tragedies have provoked the indignation and the anger of feminist associations. “Emmanuel Macron, three feminicides in 24 hours and no reaction. This is excruciating“, tweeted the collective NousToutes, calling on the President of the Republic. “The measures that have been taken do not respond to the scale of the violence. For example, there are only 379 anti-reconciliation bracelets in France, against 220,000 women victims of domestic violence each year.“, regrets Marylie Breuil, member of the collective. “Legislation needs further improvement, allowing women to conceal their address when leaving home with their children“, wishes for her part Françoise Brié, general manager of the National Federation of Solidarity Women.