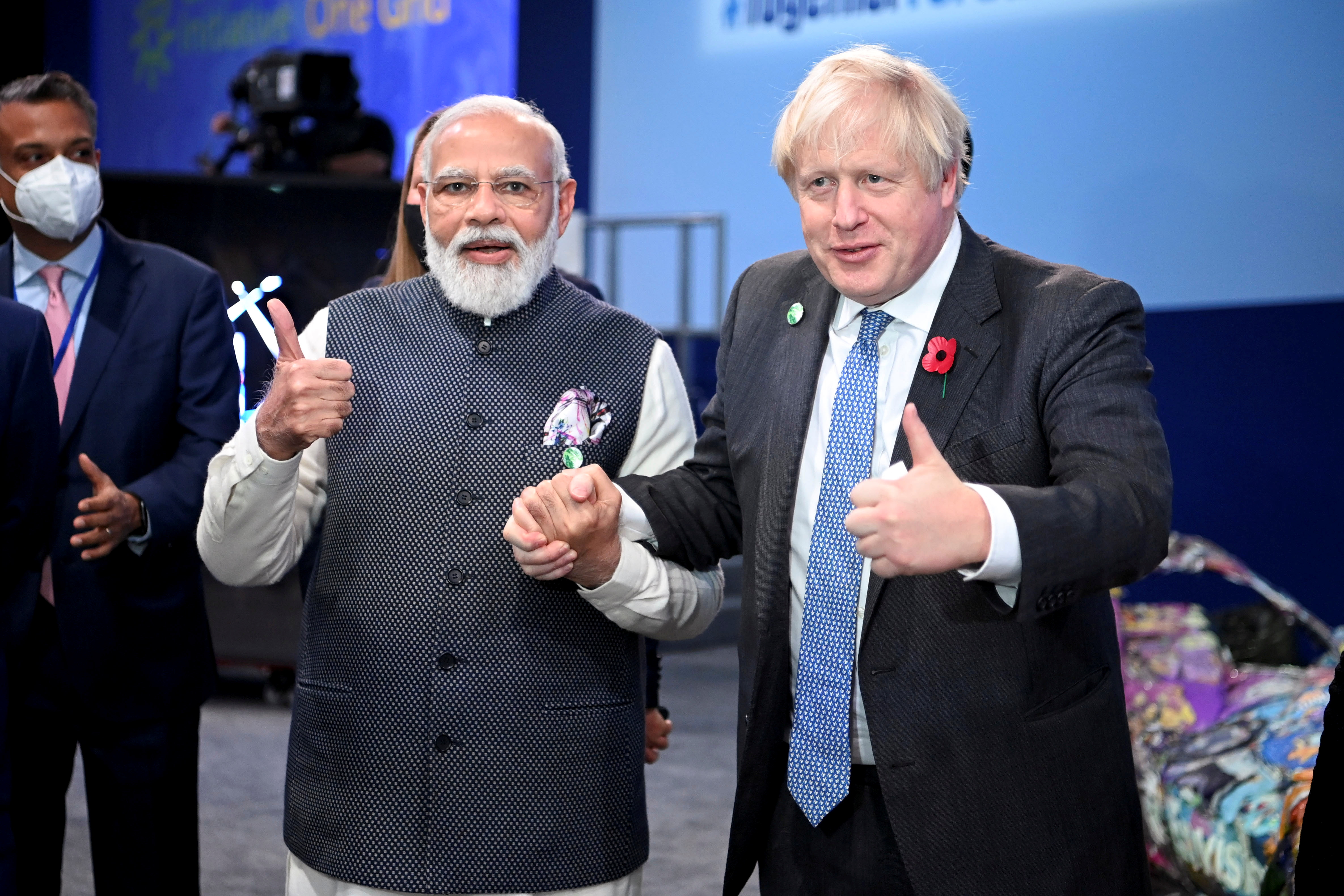 What does not kill, makes stronger. And in the case of Brexit, nothing better than a dose of homeopathy to try to revitalize a political and economic project that has lost much steam in 2021. If the ultimate reason for the result of a nationalist and reclusive referendum was fear of immigration —Downing Street tightened the legal restrictions on entry to the country as soon as he left the EU – immigration will be the main bait to turn the United Kingdom back into an attractive partner. “We have replaced the freedom of movement [de los ciudadanos de la UE] for a new point-based immigration system (…). From Singapore to Switzerland, we are negotiating ambitious free trade agreements to boost employment and investment here at home, ”Johnson announced in his New Year’s speech. Twelve months after the entry into force of the trade agreement signed by London and Brussels – which until now has resulted in bureaucratic barriers to trade, higher prices for imports and exports or a politically explosive situation in Northern Ireland – the Conservative Prime Minister promises that 2022 will be the year in which to begin to build on the progress and achievements that Brexit has meant.

What no one was counting on was that the argument that fueled the divorce would end up being the bargaining chip for attracting new relationships. Migratory advantages have become the bait to achieve new trade agreements with countries around the world, and the strategy points to a possible confrontation between ministers within the Johnson government. The Minister of Foreign Affairs, Liz Truss, compared to the Minister of the Interior, Priti Patel. Both are equally convinced in the defense of Brexit, but the first, popular in the Conservative Party, is in favor of a pragmatic line in the face of Patel’s ideological rigidity, in low hours among his own. The confrontation, in any case, is the result of viewing immigration as a commercial weapon or as a threat to security.

The first major trade deal of the Brexit era, a pioneer in being built from scratch, was reached with Australia. A fundamental part of the pact were the “commitments to facilitate a temporary entry, which contributes to economic recovery, broadens the possibilities of business travel and encourages citizens to travel and work in the respective territories, on the basis of reciprocity”, as celebrated in its official information by the Australian Government. In practice, multinational companies will no longer have to prove that the vacant position cannot be filled by a national to obtain a work visa; o Young people (and not so young: the offer is aimed at all those under 35 years of age) will be allowed to travel to work or study for a maximum of three years without the need for a visa, and with the possibility that the extension stay relatively easy to achieve. EU university students now need a visa to be able to reside in the UK for more than six months.

The path opened by the trade agreement with Australia offers advantages for the United Kingdom to close deals with greater potential. For example, with India, which is on track to be the world’s third largest economy by 2050 and is a very attractive market for British companies. Its trade rules, however, are very protectionist. The Indian government has always put on the table the demand for a looser migration policy for the former colony. The laws of the last decade of the sixties, fueled by the xenophobic and racist wave that Great Britain lived, restricted the ease of entry to the citizens of the Commonwealth. The British Minister for International Trade, Anne-Marie Trevelyan, will travel to New Delhi this January to begin negotiating a free trade agreement. It reports directly to Truss, who already held that position and achieved, with the opening of talks around the world to sign or consolidate trade pacts, a great popularity among Eurosceptic conservatives.

The two ministers, according to the newspaper The Times, they agree to offer India attractive migration advantages, along the lines of those outlined in the agreement with Australia, to attract the Asian giant. It is even a strategy backed by geopolitical reasons: London sees in this alliance a way to counteract the weight and influence acquired by China in recent years. Johnson already displayed all his sympathy as host, at the last Glasgow Climate Change Summit, when he received the Indian Prime Minister, Narendra Modi, despite the fact that the Government of New Delhi was one of the most reluctant to promote progress in COP26. Last May, London already reached a first trade and direct investment agreement with the Asian giant of more than 1,000 million euros, which ensured, according to Downing Street, about 6,500 new jobs.