Ibai and Ramón García, the not-so-strange couple that has attracted 800,000 screens on the chimes of Twitch 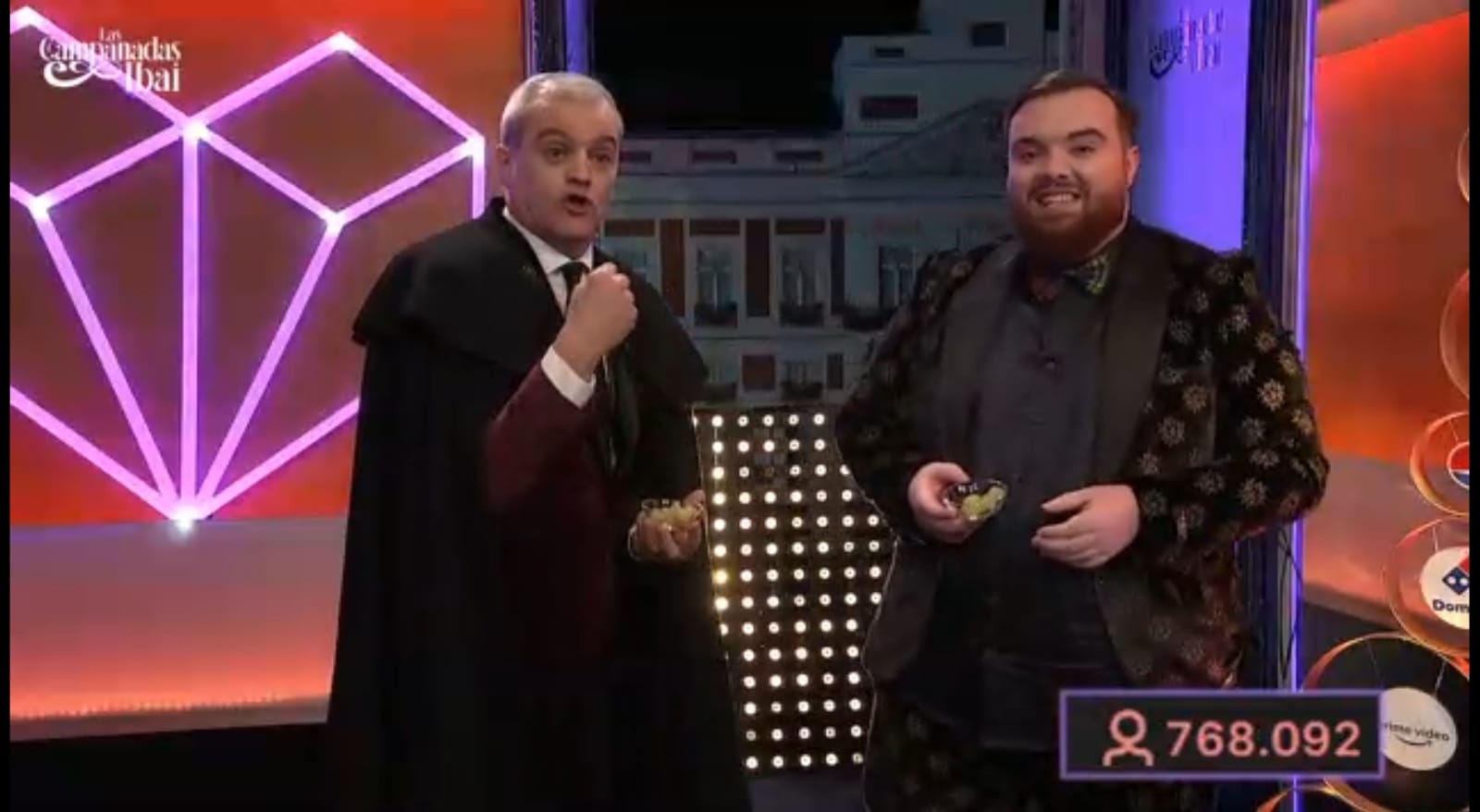 When last year Ibai Llanos decided that he was going to broadcast the bells from his Twitch channel, he wanted to do a preview video with which to introduce yourself to parents of its 8.8 million subscribers. This year, he has invited Ramón García to share that moment at Puerta del Sol so that parents and grandparents are the ones who ask their close young people to connect them with that new window of communication. Thus, Llanos and García have taken together the 12 grapes in Twitch, the live broadcasting platform owned by Amazon. And they have far exceeded the figures achieved by Llanos in last year’s broadcast.

Just before midnight, more than 800,000 screens were active following the chimes alongside the not-so-strange couple. We are actually talking about connected devices, so the actual figure was surely higher. They faced the now traditional options of the generalist networks: the eternal Anne Igartiburu on Spanish Television, the mysterious Cristina Pedroche and Alberto Chicote on Antena 3 and the controversial Paz Padilla again on Telecinco.

The broadcast on Twitch began at 9:30 p.m. At that time, the Puerta del Sol was still empty, waiting to start the security device that would allow orderly access to 7,000 people, but the Ibai channel already exceeded 250,000 connections. Before García joined the broadcast, Llanos spent time commenting on the memes and the great moments of the year and presiding over a table of collaborators, made up of other creators of digital content like him, which turned out to be the most televised. Next to the balcony overlooking the Madrid square, there was a tree made with the logos of the many advertisers that the Basque had attracted for this special program. Refreshments, snacks, pizzerias and music services on demand have wanted to associate their image with that of the two communicators.

Once he appeared on the screen with his iconic cape, Ramón García, who is the voice of the experience in this television liturgy, took it upon himself to explain to the growing mass of spectators the usual rules of the Puerta del Sol clock. generational change, he wanted to make a gift to Ibai Llanos. He gave him the multicolored bow tie with which he presented his first chimes, back in 1995 with Ana Obregón, the last-minute drop in the TVE broadcast by testing positive for coronavirus. In return, the streamer, invited the presenter to, for the first time, dare to give the bells by numbering them. Although it seemed to Ramontxu a way to invoke the error, and to join the long list of kits that star in this traditional broadcast, he dared to do it without further incident.

Last year, the golden minute of his broadcast of Llanos, which had a much more precarious production as he was forced to do it from his home, reached a peak of 552,000 viewings. With these figures, in addition to becoming one of the most watched broadcasts in the history of the platform, it was placed above Cuatro and many regional channels. It is something that will almost certainly happen again this year.

When they announced their collaboration in November, Llanos and García advanced the possibility of reinventing a television classic, the Grand Prize, and adapt it to a new entertainment window such as Twitch. So far, they have lived a few bells together. “It was like putting a pike in Dutch; a new way of communicating. In this trade, you always have to be learning and you always learn more from young people, ”García defended before saying goodbye to his new audience.