Vachier-Lagrave triumphs and Carlsen fails in the World Blitzkrieg chess

Reconfirmed: the loss of motivation when things don’t go his way is the big problem for Magnus Carlsen, who has lost two of his three world titles in 48 hours. The Norwegian, defeated six times in the 21 rounds of the Lightning World Cup in Warsaw (Poland), where he finished 12th out of 179, is no longer number one in this category. Frenchman Maxime Vachier-Lagrave is the champion after beating Polish Jan Duda in sudden death. The best Spaniard is Jaime Santos, 51st.

After the failure, Carlsen published a tweet that must be divided into two parts to interpret it correctly: “There are days when you are simply not here. At no point today have I been close to the level I needed ”. So far, everything correct and clear.

Then he added a sarcasm: “But the outcome has been good for the public, because surely no fan wanted to see Alireza [Firouzja] in the tiebreaker. Good luck to Duda and MVL! ”. To understand this, you have to know the controversial regulations: if there are more than two players tied on points at the end, only the two with the best tiebreaker coefficient (the sum of the rivals’ points throughout the tournament) play the decisive duel. That left out Carlsen on Tuesday in the Rapid World Championship, and today the Franco-Iranian Firouzja, 2nd in the world at 18 years old. The logic of such a rule is that sponsors and authorities are not usually willing to endure a delay of one or two hours in the awards ceremony. The solution would be to start the last day earlier. But would Carlsen be willing to break his sacred habit of never getting up before 12 noon?

The tournament was on the verge of being canceled (perhaps declaring the winner of the American – formerly Armenian – Levón Aronián, leader after the twelve rounds on Wednesday) because one of the favorites, the also American Hikaru Nakamura, and at least two other players had given positive for covid, out of a total of eighty who passed the test. The strange thing is that there have not been many more cases, because almost no one has played with a mask. After some deliberation and further testing, the International Federation (FIDE) decided to continue playing (again, with very few masks).

Everything indicated that the gold would go to Aronian: after round 16 he got one point from the 2nd, 1.5 from the 3rd and two from the 4th. But something strange happened to the 39-year-old Armenian-American to suffer a major collapse: he lost the 17th to Vachier-Lagrave in a winning position, and then to his former compatriot Martyrosian and Russian Artemiev. He still had the strength to beat another Uzbek prodigy, 16-year-old Javojir Sindárov. (Abdusattórov, world rapid champion on Tuesday and very blurred yesterday and today, is not the only one; the president of his country has given him a two-story flat). But Aronian fell again in the last against the very irregular Firouzja, who throughout the tournament has given the feeling of being saturated with so much chess.

Meanwhile, Carlsen was stumbling. But he still reached the last round with a mathematical chance (albeit few) of reaching the top of the podium. And his position was winning against Vachier-Lagrave three plays before giving up. At the beginning of the last round, something even harder to explain had happened. Russia’s Danil Dúbov drew a fightless draw with Dutchman Anish Giri knowing he needed a near-impossible carom of results. Three players beat him by half a point, in this order: Vachier-Lagrave, Duda and Firouzja. According to the controversial regulation, the third party was left out. The first two rounds of the playoff ended in a draw. From there, whoever won one would take the gold, and the Frenchman won the next to the despair of the Polish fans. 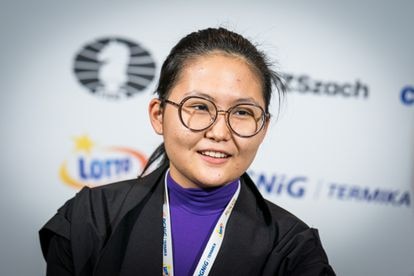 The Women’s World Cup leaves a flavor similar to the World Rapid Championship in terms of the strength of young Asians. Kazakhstan featured six girls under the age of 22. Gold went to the stunning 17-year-old Bibisara Assaubáyeba, 29th on the starting list, ahead of the established Russians Kosteniuk, Gunina and Shuválova (China did not participate). They are doing something very well in central Asia.