Price of the stamp, contraception, the fight against waste … What changes from January 1, 2022 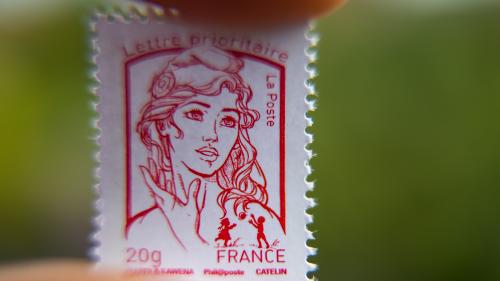 After the good resolutions, the new regulations. New Year’s Day traditionally signs the promulgation of laws adopted during the past year, and this January 1, 2022 is no exception to the rule. In addition to the legislation, there will be news concerning purchasing power, access to contraception but also taxes. Overview of the main changes accompanying the transition to the new year.

The minimum wage is increased

It has become a habit: the minimum wage automatically increases by 0.9%, due to the rise in prices. The minimum wage therefore increases to 1,603.12 euros gross for 35 hours per week, which corresponds to a net salary of 1,269 euros, an increase of 11 euros compared to 2021. The new hourly rate is set at 10, 57 euros. There is, however, no additional “push” to this increase.

The price of postage stamps increases

This is also a tradition on January 1: the price of stamps increases by 4.7% on average. The price of the green stamp, for a cover distributed within 48 hours in mainland France, goes from 1.08 euros to 1.16 euros, while that of the red stamp, for a priority letter, goes from 1.28 euros to 1, 43 euro. For those less in a hurry, the price of Ecopli, recognizable by its gray stamp and which promises distribution in about four days, increases by 8 cents, to reach 1.14 euros.

A “mobility pass” to get to work

A new means of payment is emerging to pay for employees’ transport costs. The “mobility title“, modeled on the meal voucher model, makes it possible to pay certain expenses linked to travel between home and work. It is borne by the company and is an integral part of the sustainable mobility package, which concerns travel costs using alternative modes to the private car, without contributions or taxes, with a total ceiling set at 600 euros per year. This measure aims to support the ecological transition and makes it possible to buy fuel or supply electric, hybrid or hydrogen-powered vehicles.

As of January 1, individuals no longer have the right to borrow over more than twenty-five years to acquire real estate. A measure supposed to reduce risks in residential real estate, because the average duration of mortgage loans has gone from eighteen years in 2015 to 20.1 years in early 2019, as highlighted by the High Council for Financial Stability (HCSF) in a report (PDF) published in October 2021. In addition, the debt ratio of borrowers may not exceed 35% of annual income.

Contraception becomes free for women up to 25 years old

Women under 25 will no longer have to give up taking a contraceptive because of its cost. The State takes charge of this essential expense, including biological assessments, prescriptions and all contraceptive care. Free education, which already applied to minors, now extends to three million potentially affected people. Costed at 21 million euros per year, this device aims to fight against the decline in contraception observed by the health authorities.

In the supermarket shelves first, around thirty varieties of fruits and vegetables can no longer be sold wrapped in plastic film. Plastic should be replaced with cardboard or netting. However, professionals in the sector have a period of between one and four years (depending on the product) to adapt their methods.

But the battle against plastic continues far beyond the shelves. Toys offered on children’s menus can no longer be made from this material, as can the packaging intended for the delivery of newspapers, magazines and advertisements. The state no longer has the right to purchase single-use plastic products for use in the workplace or at events it organizes.

Finally, to fight against the proliferation of plastic bottles, bars and restaurants are now required to provide drinking water for free, even outside of meals. Establishments open to the public (from 301 people) must install free drinking water fountains.

It is forbidden to destroy unsold non-food items

This is another flagship measure of the anti-waste law and for the circular economy. France has chosen to ban the destruction of unsold non-food items, which concerns two billion euros of goods each year. Heavy fines are also planned to sanction companies that continue to burn unsold electronics, textiles, furniture or hygiene products, for example. Some manufacturers, whose products do not yet benefit from dedicated recycling channels, have until December 31, 2023 to comply.

France becomes, along with Germany, the first country to ban the crushing and gassing of male chicks. Each year, 50 million male chicks were sacrificed in this way, because they were unprofitable. Only females, future laying hens, are kept. To remove male chicks, only the so-called in ovo sexing technique will be authorized, which allows the sex of the animal to be determined inside the egg itself.

Still concerning animal breeding, castration of live piglets, that is to say without anesthesia, becomes prohibited. Breeders may however continue to perform this operation, but only on condition that their buyers so require and if they follow a specific protocol, which involves either anesthesia followed by treatment, or a vaccine capable of stopping the production of steroids. This violent practice has so far affected 10 million piglets per year.

In 2022, the income tax threshold changes: taking into account inflation, it is raised to 10,225 euros for a single person, against 10,084 euros in 2021. Below this amount of income, the taxpayer is not subject to tax. In addition, for households who still pay housing tax (that is to say the wealthiest), the exemption increases to 60%, against 30% in 2021. This tax must disappear completely in 2023.

The instant tax credit also comes into effect on Saturday January 1. This measure aims to simplify the remuneration of home workers, who will be paid 50% by the employer, and the other half will be covered by the state. More than a million households are affected by this reform, which will gradually be extended to other types of services.

Putin recognizes the independence of Zaporizhia and Kherson