Philippe moati”Amazon, an admirable success but a worrying trajectory” 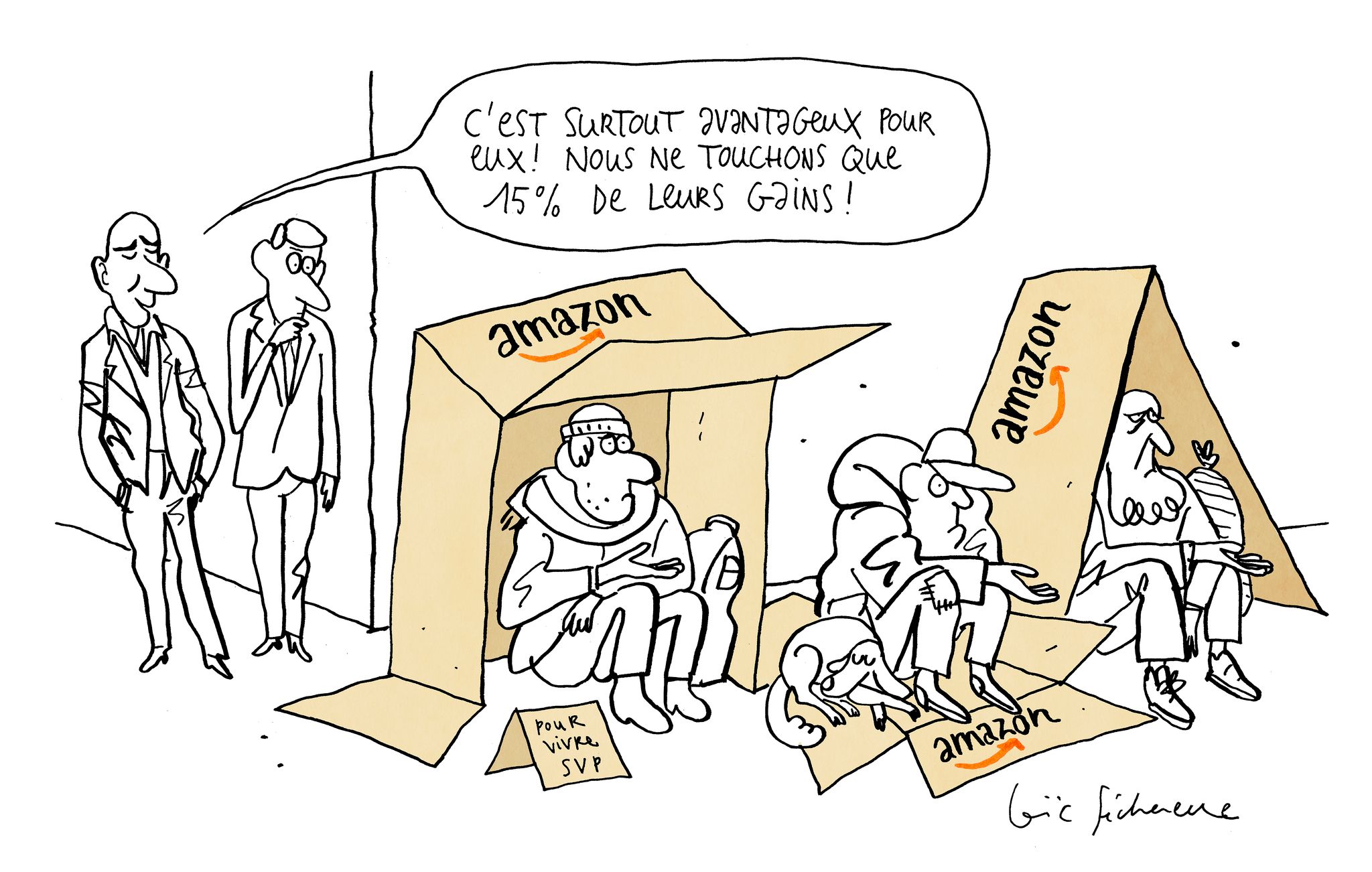 What was the basis for the expansion of Amazon, whose first platform was created in 2000 in the United States?

When I saw Amazon arrive in France in 2003, I said to myself that its approach was crazy. A traditional distributor, offering goods on its site, now opened a sales area – a “marketplace” – to other merchants selling the same products as it. What sounded crazy at the time turned out to be just great. In a very short time, Amazon, which started with the sale of books, extended its offer to cover most of the categories of goods consumed by households. It is both attractive for the consumer and for the merchant, who finds there a simple way of offering what he has to sell. There are now 300 million references on Amazon!

Here is a winning process for everyone, including for the platform, which does not take any commercial risk and does not commit any capital: Amazon receives a commission – from 15 to 20% – on each sale and invoices for services to the merchants. to ensure the distribution, payment and return of goods. Its patience is, moreover, one of its great strengths: although listed on the stock exchange, it only paid dividends for the first time in 2015.

But how to explain such a rise?

In particular by what is called increasing returns. One of the best known are economies of scale. Due to the volumes it processes, Amazon has been able to automate its logistics apparatus, which is extremely powerful. With regard to digital platforms, another mechanism is in full play: network effects. The more customers there are, the more interesting it is for sellers. And conversely, the more salespeople there are, the more interesting it is for the customer. Another customer-specific “network effect” is product reviews. If their number is large, the consumer knows that he can take them into account and trigger the purchase.

Another network effect: the stronger the activity on the platform, the more it generates digital data, data. This will feed the platform’s algorithms which will help consumers navigate these offers and sellers to optimize their marketing strategy. This is why Amazon understood that it had every interest in investing massively in its IT structure to feed its competitiveness. And to amortize these investments, it sells computer space to store data and access to software to process it – the cloud -, becoming the world leader in the field.

In summary, does success call for success?

Indeed, Amazon, which has taken the lead thanks to the accumulation of these network effects, is inexorably distancing itself from its competitors. And acquires a dominant position. In the United States, the gap between the first and the second platform is colossal, 40% of sales compared to 7%. It is very difficult to resist this steamroller.

Why do you think this is worrying? After all, Amazon serves a multitude of customers who are free to turn away …

That’s right, Amazon isn’t forcing anyone. Moreover, I am quite admiring of its success, the result of very fair strategic innovations, that the others have not been able to put in place.

However, what should be done is to force them to respect the rules of the game without using predatory practices – such as selling at a loss through subscription, or financing their losses in e-commerce through sales. of the “cloud” – or forcing it not to evade taxes. Because, ultimately, the digital world will be shared between Amazon and Alibaba. However, these giants have ambitions that go far beyond e-commerce: physical commerce, audiovisual, video games, health, education, etc. These are octopuses that keep getting bigger. And none is European …

What worries me is the trajectory that is emerging: that our lives are more and more dependent on this handful of actors, whose influence on our daily life is considerable, without any democratic control.

How to regulate the expansion of e-commerce and what place could Europe take in it?

Until now, it is a defensive option that has been favored, with ever stronger sanctions against behavior distorting competition. We also mention the prospect of dismantling these sprawling companies to avoid cross-subsidies, an option in my view not very credible.

As for the possibility of seeing the emergence of a European Amazon, I think, alas, that it is too late. However, I still dream of a European trade, logistics and digital consortium, because the resources and skills exist.

Food trucks in higher gear, thanks to the corona crisis