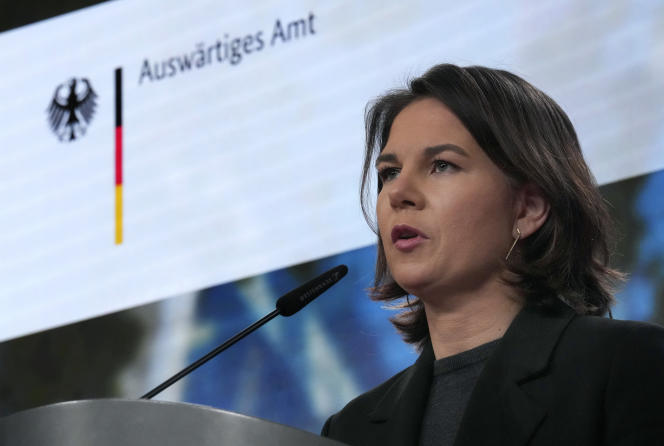 The head of German diplomacy on Friday (November 30th) assured France of her full support for her rotating presidency of the European Union (EU). “Our French friends can count on our support from the first to the last day to lay the right foundations within the EU: for a sustainable economic recovery, in the fight against the climate crisis, in digitization and for a more sovereign Europe in the world, ”Annalena Baerbock told Agence France-Presse (AFP).

As of January 1, France, succeeding Slovenia, will chair the Council of the European Union for six months, which represents the interests of the 27 Member States before the Commission and the European Parliament.

Read also Article reserved for our France-Germany subscribers: “The political situation on both sides of the Rhine revives the question of the future of the Old Continent”

For Mrs Baerbock, the French presidency constitutes “an important opportunity that we want to seize together to strengthen Europe and make it capable of meeting the challenges of tomorrow”. Germany and France, “as the closest friends at the heart of Europe, bear a particular responsibility for a united European Union, capable of acting and oriented towards the future,” she said. added.

Berlin will host the G7

The new social democratic chancellor, Olaf Scholz, has been at the head of a pro-European government since early December, which also includes environmentalists and liberals.

Read also Article reserved for our subscribers In Germany, the subtle balances of the government of the “traffic light” coalition

These three parties have already stressed their desire to “increase the strategic sovereignty of the European Union”, at a time when the EU is being abused on the international scene by rivalries between great powers such as the United States, Russia and China.

French President Emmanuel Macron has set himself the objective of this European presidency to make “Europe powerful in the world”.

The future French presidency has put forward three priorities – minimum wages throughout the EU, the regulation of digital giants and a carbon tax at borders – on which it can hope for results.