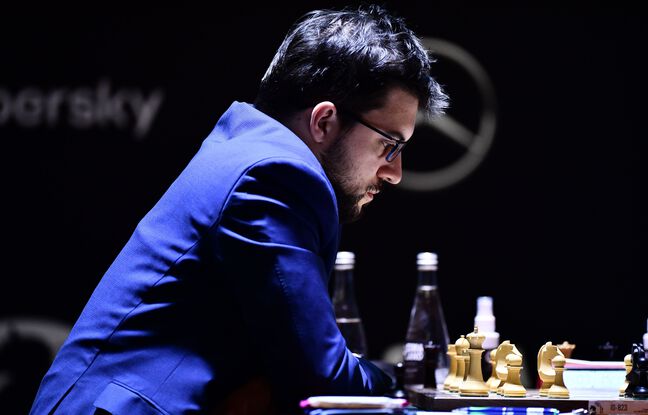 In ultra-fast paced games, called “blitz”, players have three minutes at the start, to which are added two seconds per move played. This cadence is one of the three formats in which a world championship is played every year, but the most prestigious title, by far, is the long game where the thinking time is counted in hours.

After 21 games in the championship formula, over two days, three players finished tied for the lead, the third being another Frenchman, Alireza Firouzja. But according to the tie-breaker rule, depending on the opponents encountered in their journey, only “MVL” and Duda faced each other for the title.

The final was first played in two parts, each having alternately the white and then black pieces. After two draws, the two players faced each other in sudden death. In this third part, Vachier-Lagrave, playing with white, made the difference.

The Frenchman had a dreamy second day, when he was believed lost after three losses in the first ten rounds. But he finished undefeated during the second day, where he encountered a priori tougher opponents. The Norwegian Magnus Carlsen, defending champion in blitz and favorite to his succession finished in a disappointing 12th place, after a loss in the final round against “MVL”.

However, Carlsen holds the most prestigious title, the long game, which he won for a fifth time in December after beating Russian Ian Nepomniachtchi. On Tuesday, the Russian also failed in the title final at a rapid pace, with 15 minutes of thinking per player and 10 seconds more per stroke played, after losing to 17-year-old Uzbek Nodirbek Abdusattorov.

The competition is officially mixed, but the women play in practice in a separate table. The championship in rapid was won by the Russian Alexandra Kosteniuk and the blitz by the Kazakhstani Bibisara Assaubayeva.