UdeG: They demand justice for the attack on Channel 44 facilities

After the attack on the facilities of Canal 44 and Radio Universidad in Cerro del Cuatro this Tuesday, December 28, the University of Guadalajara spoke out demanding justice.

At the scene, two subjects arrived at the site on motorcycles and tried to force their way into the facilities. The two security guards, when preventing the attackers from passing, were attacked with firearms and lost their lives at the scene.

Given this, the University of Guadalajara demanded the Government of Jalisco to investigate and clarify what happened, to find those responsible for the attack and bring justice.

“Mexico is the most dangerous country to practice journalism in the world. The attack on a media outlet represents a devious blow to freedom of expression. That is why we demand the Government of Jalisco to grant security guarantees to the collaborators of Channel 44 and Radio Universidad, as well as to those who work in their facilities, “said the House of Studies in a statement. 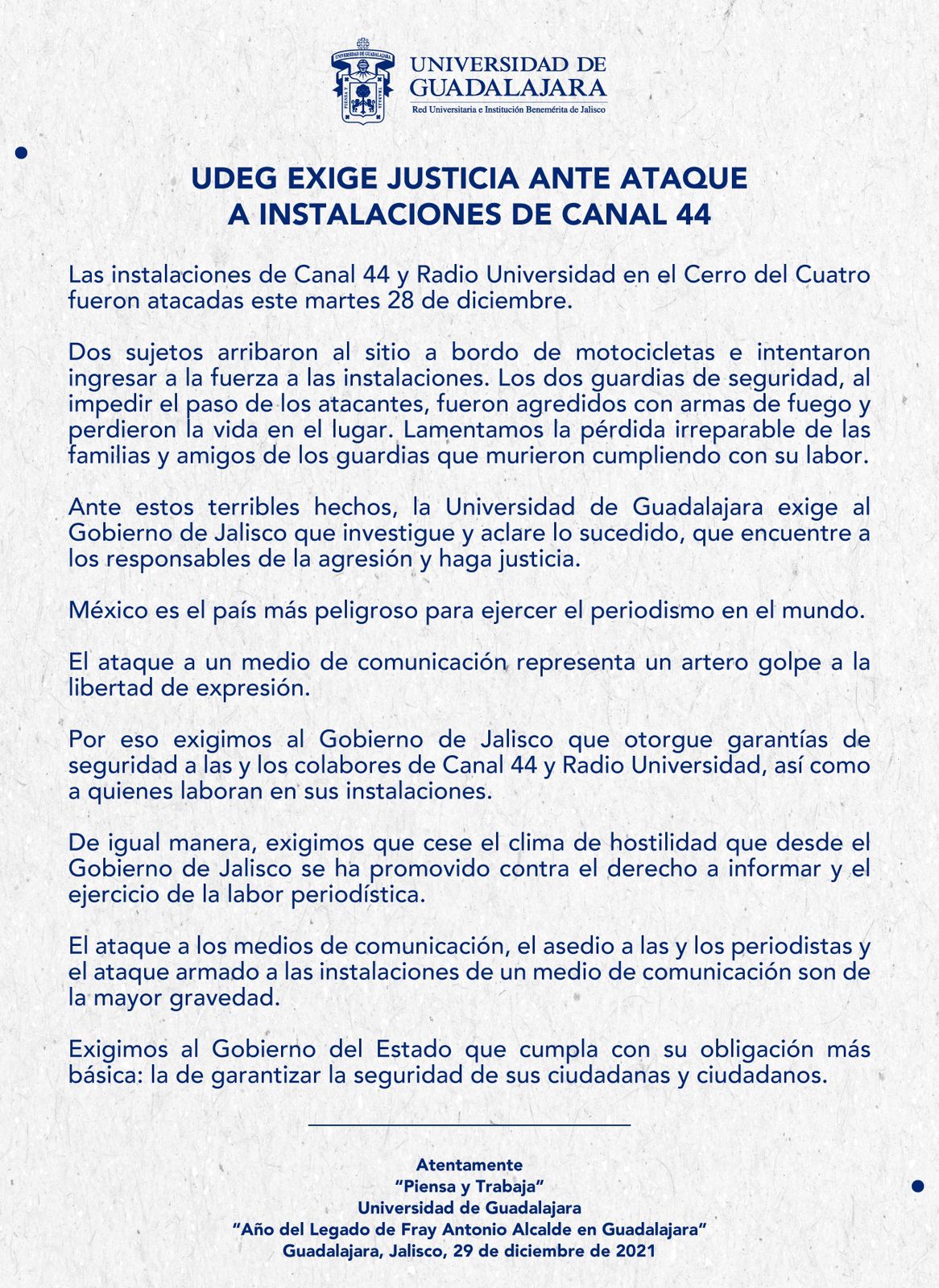 He also demanded that “the climate of hostility that the Government of Jalisco has promoted against the right to inform and the exercise of journalistic work should cease. The attack on the media, the siege of journalists and the armed attack on the facilities of a media outlet are of the utmost gravity”.

The statement ended demanding that the State Government comply with the obligation to guarantee the safety of its citizens.