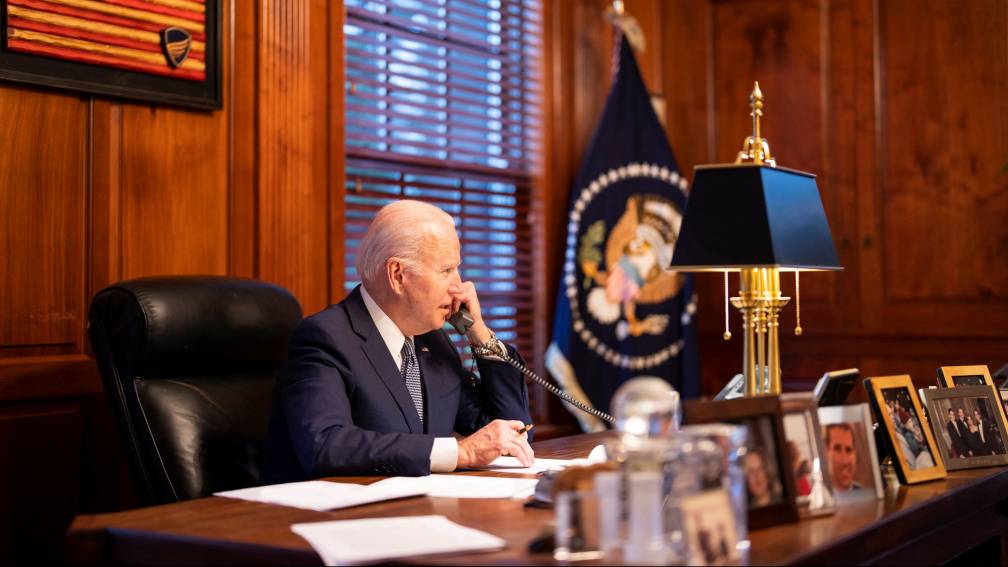 For the second time in a short time, US President Biden and Russia’s President Putin met on the tense situation in Ukraine. The phone call was initiated by Putin and lasted about fifty minutes. The governments of both countries have not yet released any information about the content.

On December 7, the two also discussed the Ukrainian issue. That conversation lasted two hours and took place via a video connection. Tensions with the United States and other NATO countries have risen since Russia has assembled a force of some 100,000 on the border with Ukraine.

They fear that Putin will invade Ukraine. In the previous conversation with Putin, Biden warned that the US and its NATO allies would be ready to take “drastic measures” in that case.

But according to the Russian president, NATO is precisely the cause of the tensions. He sees Western military support for Ukraine as a threat and wants a guarantee that the country will remain outside NATO, as well as other former Soviet countries.

A Kremlin spokesman today recalled that Moscow this month put on the table a list of security guarantees, including the demand on NATO. On January 10, senior officials and military experts from Russia and the US will discuss Russia’s demands.

According to the Kremlin spokesperson, Putin needed a follow-up meeting with Biden before that summit in Geneva. In advance, it was expected that Biden would repeat in the telephone conversation that the conflict can still be resolved diplomatically.

The talks should focus on de-escalation rather than escalation, said a White House official who wishes to remain anonymous.