The Serb is ahead of the American swimmer Cealeb Dressel, five-time Olympic Champion and the Slovenian Tadej Pogacar, two-time winner of the Tour de France. Novak Djokovic has had one of the best seasons of his career this year. It only missed one victory, one to make it historic and legendary. 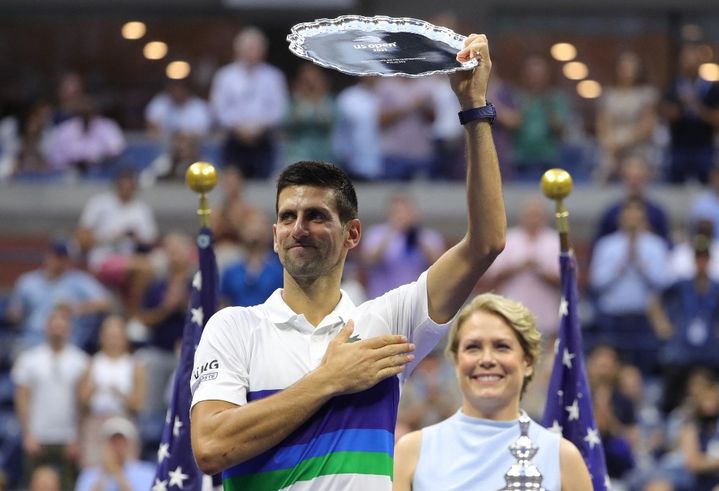 Novak Djokovic greets spectators after his loss in the US Open final to Daniil Medvedev on September 12, 2021. (KENA BETANCUR / AFP)

Everything had started well. Novak Djokovic wins in quick succession the Australian Open, Roland Garros and Wimbledon. He allows himself the possibility of achieving a phenomenal double blow at the US Open: not only winning his 21st Grand Slam, to hold alone, ahead of Nadal and Federer, the record for the number of major titles; but also in case of success, to achieve the calendar Grand Slam, which alone, in modern tennis, Rod Laver achieved in 1969.

Djokovic was there, very close to the feat, but in New York, he lost the match that should not be lost, beaten in the final by Daniil Medvedev. The Serb was caught that day by the pressure of the stake and he broke down. Sensing the game was slipping away from him, he even cried right before Medvedev served for the title. And there, against all expectations, the unloved Djokovic received a huge ovation from the spectators.

“Part of me is very sad because this loss is hard to swallow considering the stakes”, says the champion “the energy and the love that I received from the crowd is something that I will remember forever “, meanwhile, Djokovic ends the year for the seventh time world number 1. He alone holds this absolute record.

In women, the French judokate Clarisse Agbégnénou, double medalist in Tokyo, takes second place, ahead of the Australian swimmer with three Olympic titles Kaylee McKeown. Leading the vote is sprinter Elaine Thompson-Herah. Already masterful in Rio, she triumphed in Tokyo and follows in the footsteps of a certain Usain Bolt. If she does not have the exuberance of her compatriot, Elaine Thompson-Herah has one thing in common with Usain Bolt: at the Olympic Games, when she is on her momentum, she leaves nothing but crumbs for her competitors. 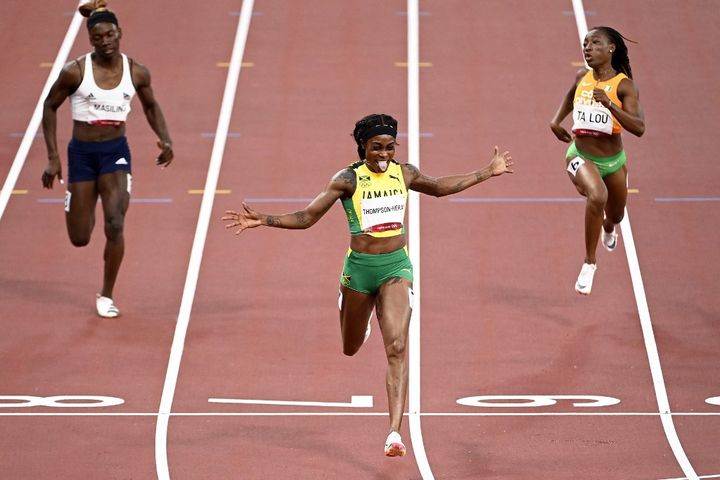 In Tokyo, the Jamaican started with the 100 meters, completed in 10 seconds 61. A satisfaction, after repeated injuries: “Behind that smile and this Olympic record, there was a lot of nervousness. I went through so many ups. and from below. But I said to myself ‘you’ve already done it. You’ve been through this before, nothing changes’.

Three days later, Elaine Thompson-Herah again crushes the competition in the 200 meters. Second best performance of all time. The sprinter finished with a victory over the 4 x 100: third coronation in three races. With the two titles in Rio, that makes him five gold medals around his neck at the Olympics. Only three lengths separate her from Usain Bolt, who won eight.

The gap may be closed in three years in Paris. In the meantime, Elaine Thompson can set other goals: the world records in the 100 and 200 meters, which she is not far from. But also a world title. Because it’s the oddity of history: at the Olympics, Thompson-Herah is a queen, while at the world championships, in individual, she has never done better than a silver medal in 2015.