The domination of Djokovic, the arrival of Messi at PSG, the retirement of Federica Pellegrini: the year 2021 in 12 essential figures

There are those who are expensive, those who panic statistics, those who break records and those who make us smile. The year 2021 was also a lot of numbers on the scoreboards, the stopwatches, and the scoresheets. The editorial staff of franceinfo: sport immerses you in the past year, through the prism of mathematics.

At 25, Jack Grealish decided to stand on his own feet. The attacking midfielder, emblematic figure of Aston Villa, gave in to Manchester City’s appeal, for the tidy sum of 117.5 million euros on August 5, 2021. The English playmaker, who now plays under the orders of Pep Guardiola, has signed a six-year contract with Manchester City. A nice hole in the piggy bank of the Citizens who make the most expensive transfer in the history of the Premier League. But when you love, you don’t count.

311 weeks: the Djoker always on top

Author of a memorable season, Novak Djokovic never stops entering a little more in the history of tennis. If he failed to afford the calendar Grand Slam by losing in the final of the US Open to Daniil Medvedev last September, the Serbian still brought down a rain of records in 2020-2021. In March, he began his 311th week at the top of the ATP rankings, erasing the record Roger Federer had held for almost 9 years.

If there is one who has really panicked the counters this year, it is Stephen Curry. The Golden State Warriors point guard broke the NBA three-point baseline record on Dec. 14. We already knew he was the best shooter of all time in the American League, but this time Stephen Curry has definitely left his mark in basketball history. It is the record of the legendary Ray Allen, NBA champion with Boston (2008) then Miami (2013) which fell.

Where the first had scored 2,973 long distance baskets in 1,300 games, Stephen Curry will only have put 789 games to do better. The 2015 and 2016 double MVP, a true three-point gunner, now has only one record that escapes him: that of 14 3-point shots scored in a single match by his teammate Klay Thompson.

An incredible jump for the Venezuelan Yulimar Rojas. The 25-year-old triple jumper broke the world record with a jump to 15.67m during the Tokyo Games. It has been 17 years since the record, held by Ukrainian Inessa Kravets in 15.50 m since the 1995 world championships, had not been broken. Note that the double reigning world champion also holds the indoor world record (15.43 m).

It is an exploit, signed the XV of France. The Blues clinched a record success against New Zealand (40-25), three-time world champion, on Saturday, November 20. The France team had not won against the All Blacks since 2009. 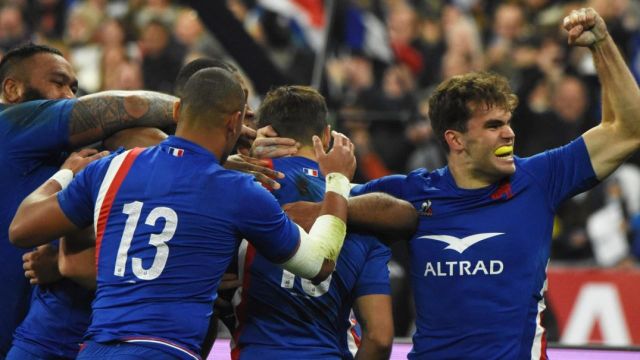 The Blues, who remained on fourteen consecutive defeats against the All Blacks, scored four tries against three opposing side, and had never beaten New Zealand with such a gap in score. They will meet these same New Zealanders during the opening match of the next World Cup (September 8 – October 28, 2023) organized in France and will aim for a second feat in a row.

The goal was 40, but the French delegation had to settle for 33 medals, including 10 gold. Either nine less than in Rio four years earlier or even ten less than in Beijing in 2008. France thus finished in eighth place in the general classification of nations, that is to say a rank below its classification in Rio. 2016 and London 2012 (7th). If team sports shone, it was less the case in athletics and swimming, with only one medal in each discipline. French athletes will try to do better in Paris, in 2024.

In four days, the Paris-Saint-Germain Instagram account saw its number of new subscribers quadruple following the announcement of the arrival of Lionel Messi. La Pulga then left FC Barcelona for the Parisian club, for a two-year contract with the option of a third year. PSG’s account reached 43 million total subscribers in just one week (it now has 54 million). Messimania has won all social networks.

Alexis Pinturault entered the pantheon of French skiing. The Savoyard won the general classification of the World Cup on March 20, 2021, by taking the victory in the giant slalom in Lenzerheide (Switzerland).

8: the French roller coaster in the land of judo

The tricolor judo made Tokyo vibrate. The French judokas and judokats brought back eight medals to the French delegation at the Olympic Games, two gold, three silver and three bronze. Note that five of the seven individual medals were won by women, Clarisse Agbégnénou, Amandine Buchard, Madeleine Malonga, Sarah-Léonie Cysique and Romane Dicko. All eyes are now on Paris 2024. 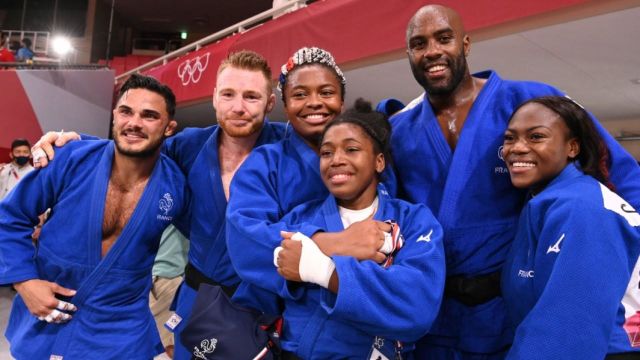 4,400 athletes: The number of participants in the Tokyo Paralympic Games is a record, according to the International Paralympic Committee (IPC). Delegations, on the other hand, are down from the maximum reached in London (164) in 2012. They were less than 160 this year.

The fault, in particular, with the impossibility for the Afghan delegation to join the archipelago since the seizure of power of the Taliban. But also to the defections of several countries of the Pacific Islands, which could not afford two weeks of quarantine in Australia on the outward and return journey, on their way to Japan.

By comparison, in 1964 only 378 athletes had competed in Tokyo, which this year became the first city to host the Paralympic Games for a second time.

She is a legend in athletics. Allyson Felix is ​​the most successful female athlete in history in major competitions (Olympic Games and World Championships): the 35-year-old American alone has seven Olympic gold medals and thirteen world champion titles. . From his bronze in the 400m and gold in the 4 x 400m at the Tokyo Games, Allyson Felix has gone down in history a bit further. She now holds the record for eleven Olympic podiums in athletics, which, all sexes combined, places her alone behind Paavo Nurmi’s twelve medals. 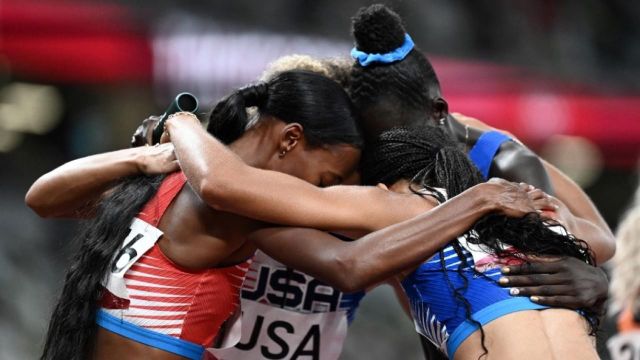 An XXL champion. After more than twenty years of career, the Italian swimmer Federica Pellegrini bade farewell to the world of the basin on December 1st. The champion has won everything, on all stages. Above all, she still holds many records in her discipline, including the world record in the 200m freestyle and the European record in the 400m freestyle. In Tokyo, Federica Pellegrini also became the first athlete to compete in five consecutive Olympic finals over the same distance.