Night, party and cumbia in Rosario: the dance of Lionel Messi and Antonela Roccuzzo in a Los Palmeras show

Lionel Messi has been much more cheerful and relaxed since he won the Copa América with the Argentine team in July of this year. And that satisfaction lasted until the end of 2021, when he returned to the country to spend the Holidays with his loved ones in his native Rosario. After celebrating Christmas with the family, the flea took one night to go out and enjoy a celebration of pure music and dance to the rhythm of Los Palmeras.

The images of the night out soon went viral on social networks. In one of the videos filmed during the celebration organized by María Sol Messi, the player’s sister, the PSG forward is seen dancing on stage with his wife, Antonela Roccuzzo. While the recognized theme is playing The killer hottie, the young couple delights those present with their steps.

Messi cheering on Colón de Santa Fe? Yes, that image could also be seen during the party when the song started to play I am Sabalero. At that moment, the Rosario star formed a round with his friends and began to jump with a pure smile.

Later, Leo took a series of photos with Cacho Deicas and Marcos Camino, the historic leaders of Los Palmeras. The images, which were published on the cumbia band’s Instagram account, also show the album that the musicians gave the footballer as a gift. “We say goodbye to the year in a unique way. Thanks to Leo Messi and his entire family for letting us share these moments. Forever your friends ”, reads the publication. 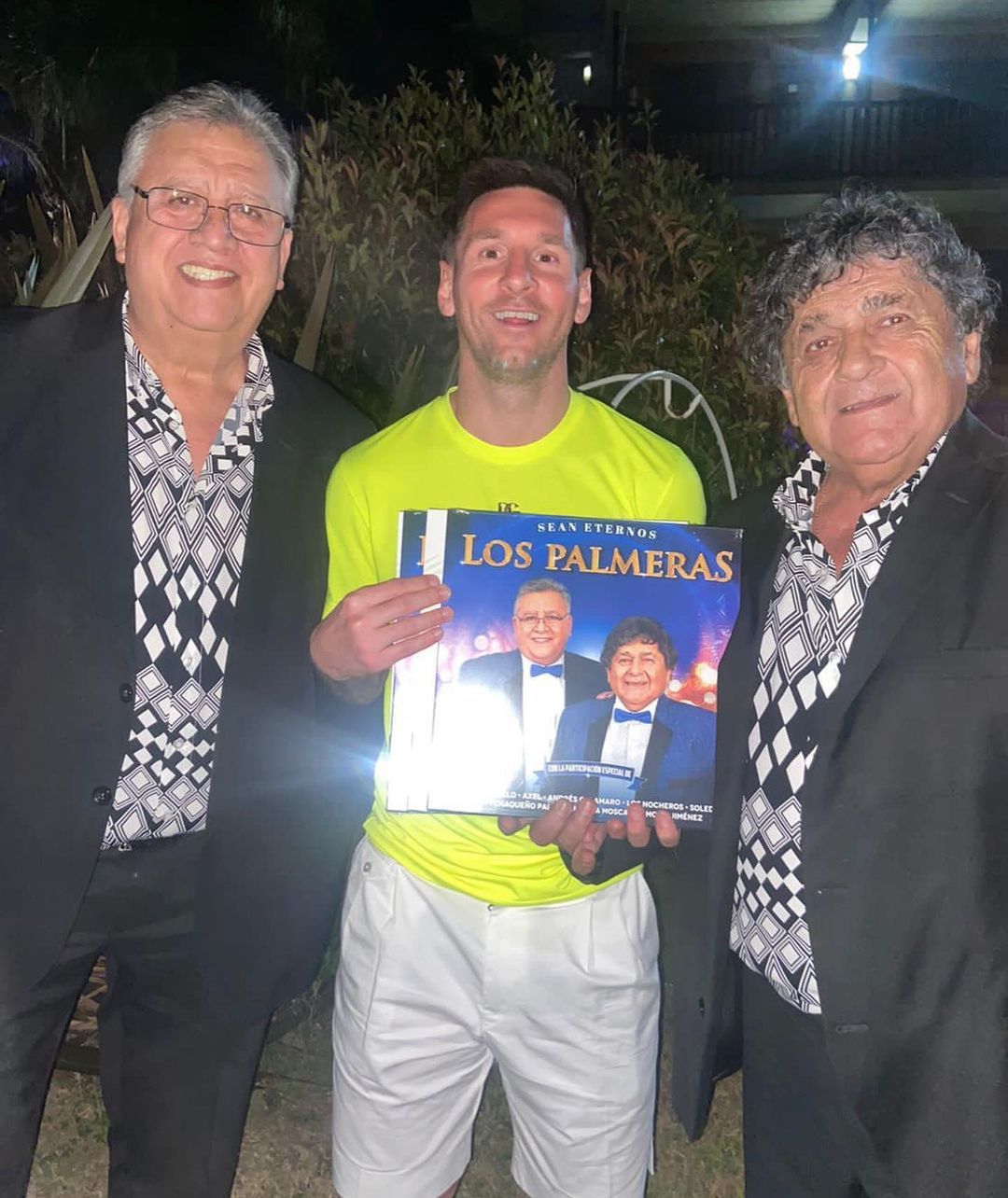 In a video released by the site Rosario3 You could also see part of the dialogue that Messi had with the members of the band. “It’s a detail for you to remember us,” Marcos Camino tells the captain of the Argentine team when he gives him another gift: a handmade mate with a light bulb. “We thank God for this possibility we have of being able to meet you, this is a blessing for us,” adds the musician, who also highlighted the simplicity of the soccer star. “Never lose that,” he asked.

“Thank you for being here, a pleasure to meet you,” Messi replies, almost blushing from the flood of praise. “I told María Sol (Messi, the footballer’s sister) that you had to go upstairs to sing a song,” Camino challenged him. Leo’s response was blunt: “No! If they were my friends, yes, but they are my nephew’s friends ”.

Earlier, Lionel Messi and Antonela Roccuzzo had enjoyed a day of sun, pool and dunks with their three children. “Summer Rosario,” the young woman wrote on her Instagram account in a publication in which she included two photos. The first shows her with Messi, sitting on the edge of the pool and with the inevitable mate in hand. She wears a colorful bikini and he wears swim shorts with a leaf design in blue and light blue tones. In the second image, the whole family is in full swing: the little ones Thiago, Mateo and Ciro join in with a pure smile.

In this way, the player takes advantage of the free days that coach Mauricio Pochettino gave him before returning to activity with PSG for 2022 in which he will have multiple challenges. The Parisian cast marches first in Ligue 1, continues ahead in the French Cup and is also in the knockout stages of the Champions League, where they will face Real Madrid.

“Summer Rosario”: the photo album of Lionel Messi and Antonela Roccuzzo with their children in the pool