A new chapter in the war between Julio César Chávez and his son: the videos with Junior’s serious accusations against his father

Julio Cesar Chávez Jr. had a year full of drama both above the ring and below. And one of them was his separation with his wife, Frida Muro. In May of this year, the Mexican boxer announced through his social networks a divorce process, although days later he regretted his decision and showed up with his current wife, a few days after his fight against the UFC expeller, Anderson Silva, in June of this year.

To these family problems were added new conflicts with his father, the Mexican boxing legend Julio César Chávez, who showed himself this Christmas with his entire family but without his children Junior and Omar Chávez. The latter two spent the festivities in their homeland, Culiacán, Sinaloa, while Chávez Sr. spent a good night with his entire family in Tijuana.

As usual, Chávez Jr. spoke through an Instagram live. In response to inquiries from his followers about the reasons that led to a new fight with his father, Junior made a controversial accusation: “Because he wanted me to sign with Bob Arum (boxing businessman). He said that the contract had already come out, that Al Haymon (also a promoter) was going to steal from me. In the end he became friends with Al Hymon and started saying that I didn’t train and that this and that … He almost hit me for not signing with him. Imagine if he had listened to him, but did not recognize him. He will never say it, he pays attention to Frida (his ex-wife) ”. 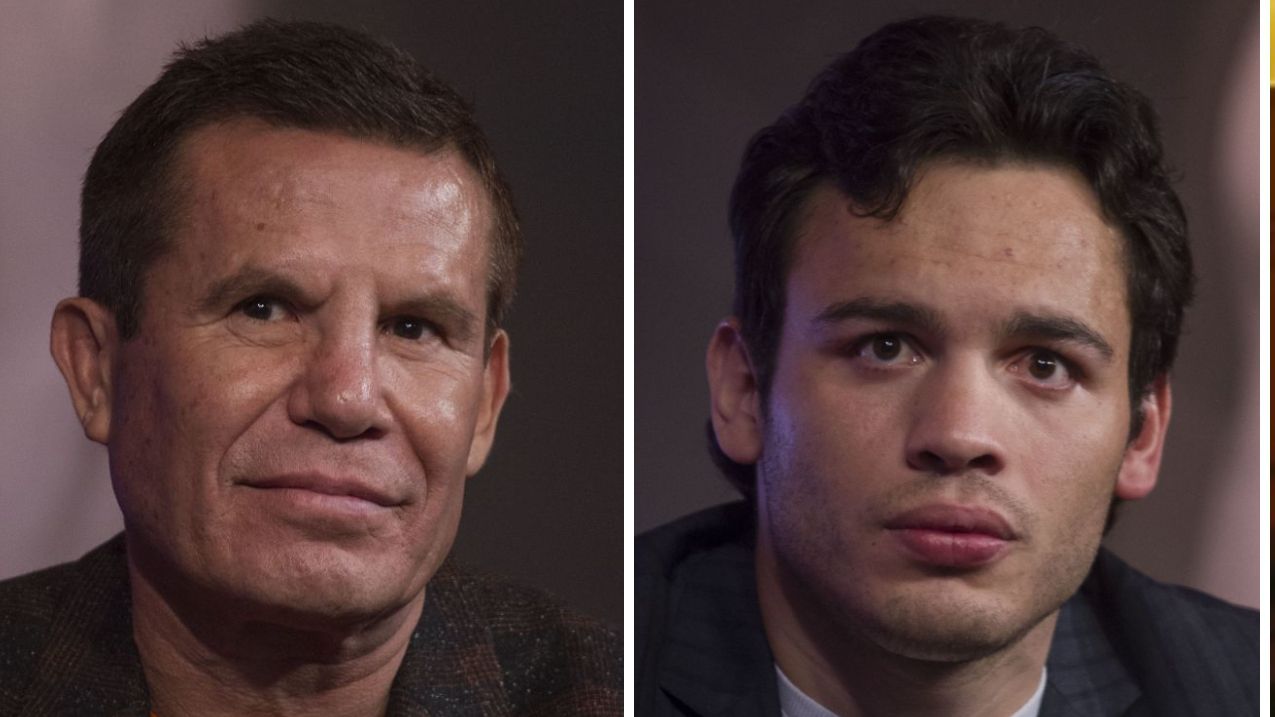 And he added: “Who do you sleep with, what can it tell you about me, what can it tell you about me since I was 16 years old to help you always and now you say that I am this and that … If I was world champion after they brought me on the ground, hitting me, slapping me, watching my mother mistreat, or get drunk. All that happened and now they say I’m wrong? Just see me, see me if I’m wrong or if I say something incoherent “.

Finally, Chávez Jr. asked to be allowed to work in peace and accused his father of having lived through his worst years when they were together: “They have to let me work alone as I did in the best of times. I am not interested in what they tell me, that they want to take care of me or save my life. In these four years that I was there there has been nothing to save my life, they have been my worst years, it has been where I have been worst because they do not care. They care about their reign and looking good to them. And to look good to them is to make me look bad because that is for sale ”. 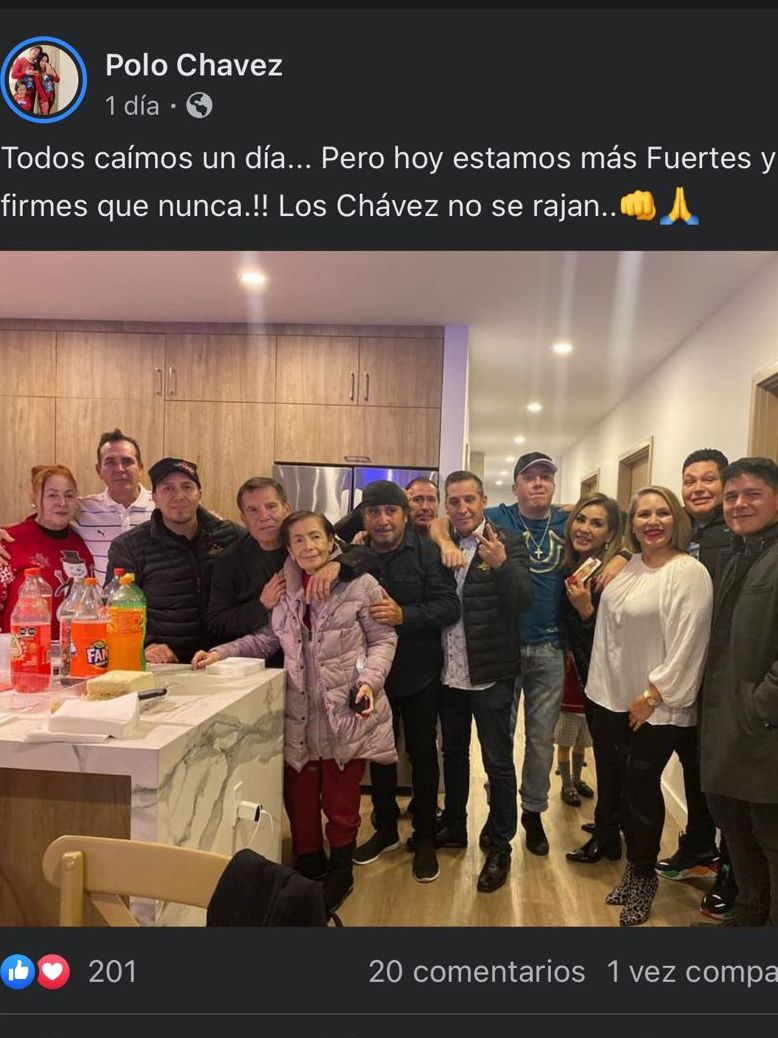 As the hours passed, the war in the Chávez family continued on social networks. Polo Chávez, Junior’s uncle and who spent the holidays together with his brother Julio César. “We all fell one day … But today we are stronger and stronger than ever! The Chávez are not freaking out, ”he wrote.

Chávez Junior was not far behind and in another publication, he responded with two comments. The first says: “He who loves the father loves the son. Just as he who does not love the son does not love the father. I don’t know what I said but you understand me. That is called acceptance, help the sick. Don’t look at their faces … Just look at their eyes and hands and you’ll realize what I’m talking about. Merry Christmas”. 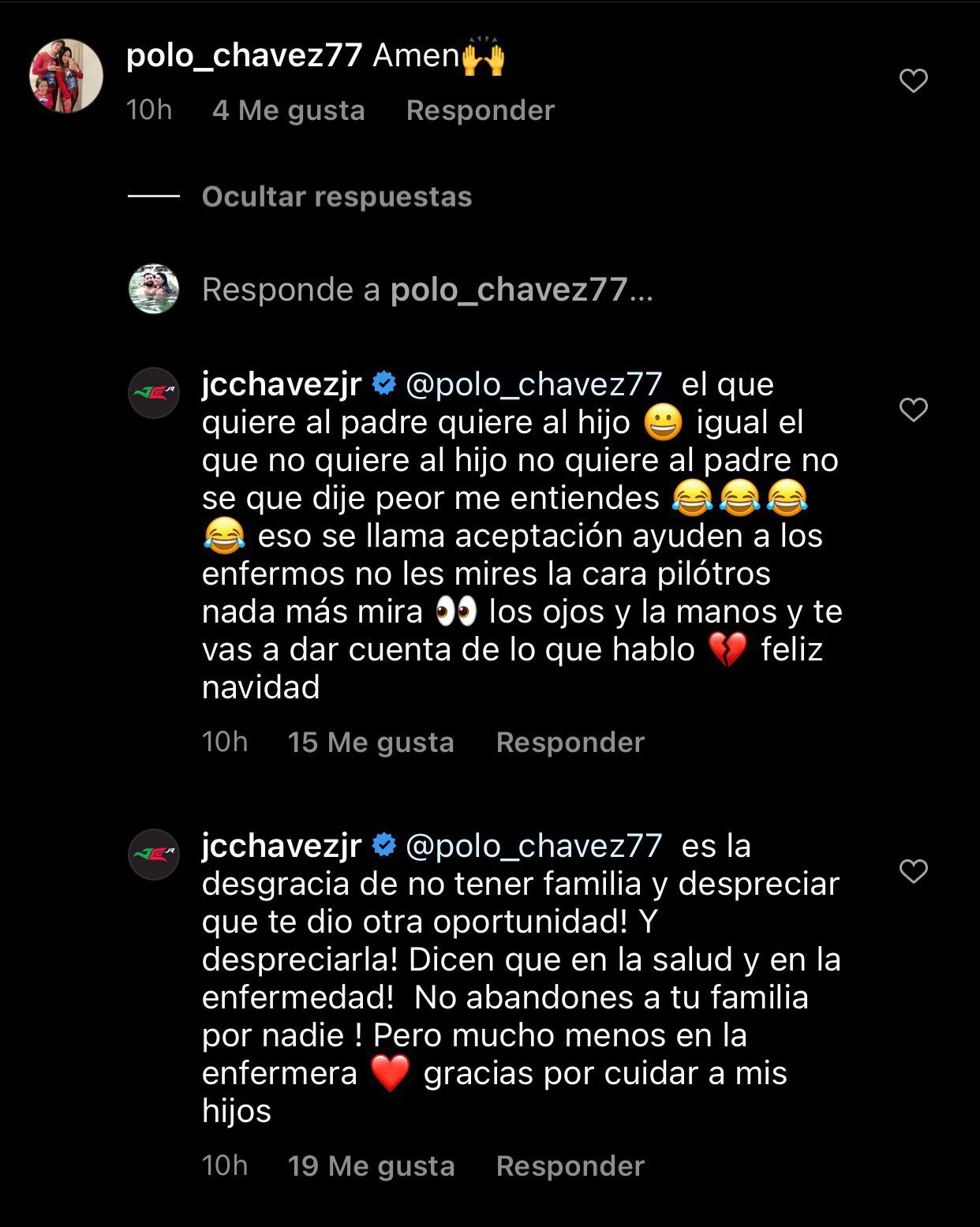 And then he added: “It is the misfortune of not having a family and despising that he gave you another chance. And despise it. They say that in health and in disease! Don’t abandon your family for anyone! But much less in sickness. Thank you for taking care of my children ”. 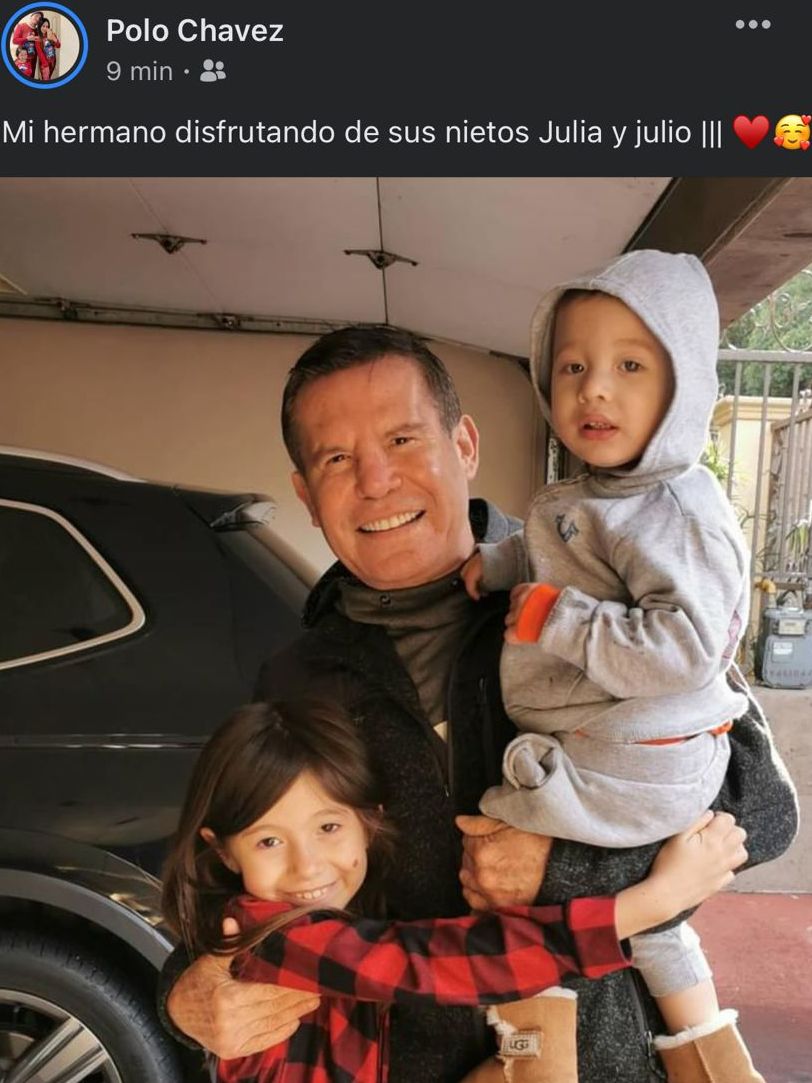 Apart from the last controversy of Julio César Chávez Junior, he had a great gesture in the celebration of Christmas and the end of the year. Through his Instagram account, he shared his visit to the Pediatric Hospital of Culiacán, Sinaloa, where the former Mexican champion donated money and toys for all the boys and girls who spent Christmas Eve at the clinic. He also spent an afternoon of conviviality with all the staff of the place.

Chávez Jr. published a series of photographs on social networks and accompanied them with a text in which he explained what led him to do this charity work shortly before the end of 2021. He pointed out that the most important thing he gave away was living with the women. families that have a loved one in boarding school. He also highlighted that his act was born from the heart and shared his faith with the people who work in the hospital and those who are dealing with an illness, as Julio César Jr. acknowledged on social networks: 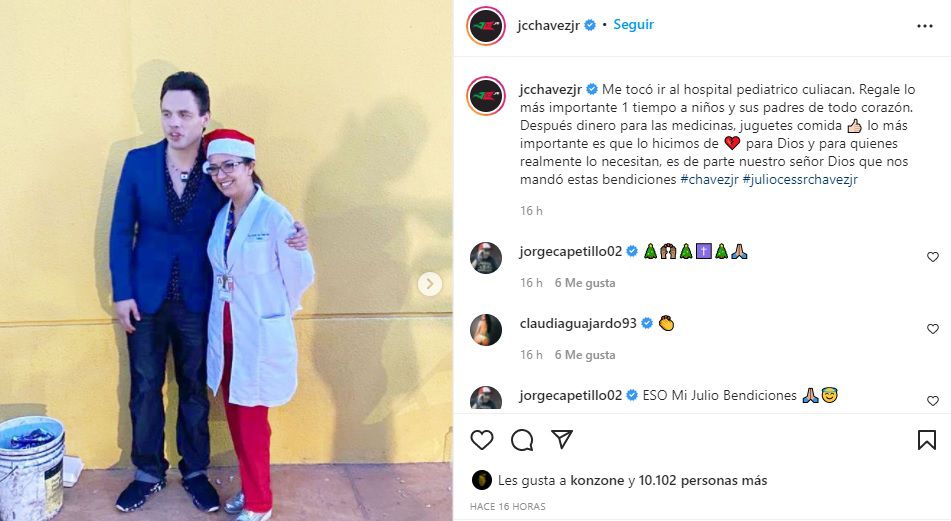 “I had to go to the Culiacán pediatric hospital. I gave the most important 1 time to children and their parents with all my heart. Then money for medicines, toys, food, the most important thing is that we did it from the (heart) for God and for those who really need it, it is from our Lord God who sent us these blessings ”.

In the photographs that he uploaded to his personal profile, he gave a sample of the meeting he had with the families of Culiacán, the medical personnel and other people who were in the place. He also uploaded a video where he can be seen spending time with children of different ages, as well as nurses and doctors from the place, who shared a pleasant moment with the son of the great Mexican champion.

The event took place outside the clinic where Julio was accompanied by his boxing team, who was in charge of recording Julito with infants. They also fed everyone who was present. They set up a party to distribute hot dogs.

He was a world champion with a provocative style, he became a millionaire by fighting Oscar de la Hoya, but fell into poverty and struggles with his crack addiction