Barbarism in the basement: new installment of the chronicles of Emmanuel Carrère since the trial for the Paris attacks 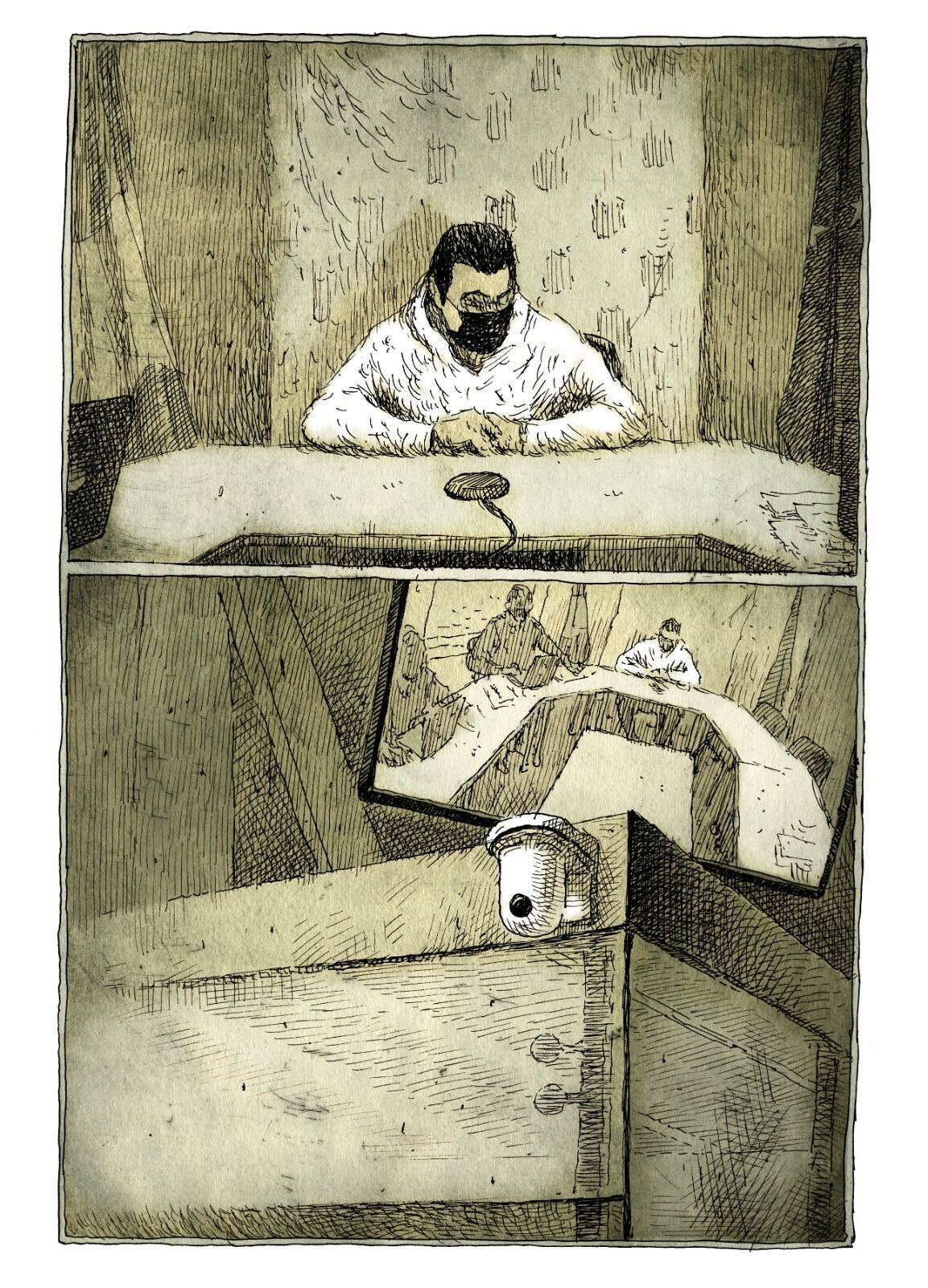 It is the target of lawyers whose clients are accused of AMT (Association of Terrorist Criminals). If the “T” falls, it would mean lowering the charge to AM, an association of criminals simply, which is punishable by much less severe penalties. These last days of the year, before the trial rests for two weeks, they have given many laps to the famous Les Béguines cafe, run by Brahim Abdeslam in Molenbeek. Who frequented it? Practically, the entire band, whether as waiters, “camels” or simple customers; many were the three things at the same time.

What was happening there? Did you watch videos of the Islamic State organization? Brahim continually put them on his computer and lowered the screen when a flamingo happened to come in. And the others? Did they see them too? Was there – in the words of the Belgian summary – “viewing sessionsOf these atrocious images ?: the Jordanian pilot burned alive in his cockpit; Abdelhamid Abaaoud, their childhood friend, joking at the wheel of his 4×4 as he dragged a cluster of corpses through the Syrian dust. Boys like Mohamed Amri, Hamza Attou, Ali Oulkadi, who dealt with drugs in Les Béguines and from time to time helped out in the premises, did they sit in a circle around the computer to religiously commune before this spectacle, eliciting the expression of session of viewing that the prosecution is trying to establish?

Or, as their defense attorneys maintain, were they doing their work behind the counter, their indifferent, somewhat annoyed gaze wandering the surface of the screen, so that people who do not like soccer watch a soccer game? Were they contiguous criminals, just as others are collateral victims? Another question, fraught with consequences for them: were they going down to the cellar? There, Brahim would lock himself up to hold long conversations on Viber or Skype with Abaaoud, who began in Raqqa to organize the attacks. Those who are shown to have gone down to the basement with Brahim have it crude: no chance of having their “T” taken away from them.

After the attacks, Belgian investigators registered Les Béguines with a very specific roadmap. In one of the “floors conspiratorsUsed by Salah Abdeslam during their escape, they found a fork with Ali Oulkadi’s DNA fingerprints. At first glance an overwhelming detail, but Oulkadi’s defense argued that the fork most certainly came from the cafe, where everyone was handling the silverware. Thus, the investigators fulfilled their mission and sealed 31 forks whose analysis revealed nothing conclusive. And then they went home.

The record indicates that the search of the cafe from which all the logistics of the attacks were organized lasted a total of fifteen minutes. The Belgian police who appeared to give explanations – or, rather, who did not appear, since they testified from Brussels by videoconference, and pixelated – had a bad drink, especially when they asked why their team had not been curious to go down to the basement. “Oh yeah? Was there a basement? ” A day or two later, another Belgian inspector speaks, also pixelated, whose services, in the spring of 2015, interrogated Brahim, suspected of terrorist projects. And then they released him. “Why?” “Because”, replies the policeman, “nothing in his interrogation led us to think that he had terrorist projects.” “But,” the president is amazed, “how did they come to that conclusion?” “Because we asked him.”

The anasheed They were Sufi religious chants, the expression of the highest Muslim spirituality: the Gregorian chant of Islam. Today they also designate by that name jihadist hymns, with letters like the following:

France must be beaten,

It’s time to humiliate her

and thousands of dead.

It is anasheed was composed, performed and broadcast from Raqqa, to celebrate the massacre of Charlie Hebdo, by the brothers Fabien and Jean-Michel Clain. Historical figures of French jihadism, responsible for the propaganda of the Islamic State, most likely died in its defeat, in 2019, but as it is not known with certainty, they are part, absent, of the accused in the trial. We spent two days rebuilding its history, which begins in 1999.

Catholic family of the Orne: the mother is a catechist, the boys hang out, sell weed and are rappers in the urban area of ​​Alençon. Their sister Anne-Diana, who testifies from her jail cell, describes them as seized by a lively longing for spirituality. They look for a meaning in life, they do not find it in the Bible. The priest of Alençon has nothing to offer them. Someone talks to them about the Koran and there the miracle takes place: in fifteen days they all convert, and the first is the mother catechist.

Extremist version of Islam: the walls of the house are covered with photos of Mecca, fabrics hang from the ceiling to divide the rooms into two: one part for men, the other for women. They wear the burqa, which is still rare at that time and which is worth to the family, in the streets of Toulouse, where they have moved, the nickname of “the clan of the Belphegor”. Toulouse, like the Charleroi region in Belgium, is a cradle of European Salafism; that’s where Mohamed Merah comes from, whose family is close to that of the Clains.

The brothers are skillful with words, sincere, charismatic, especially Fabien: in a quarter of an hour, this effusive and jovial colossus convinces you that Allah loves you and is the answer to all the questions one asks oneself, to all the miseries of which you lament. When the war broke out in Syria, the first to enlist is Jean-Michel, followed by Fabien and then the whole family: the mother, the sister, the niece Jennifer who, in turn, also testified from prison.

His testimony leaves you frozen: a whole life devoted to hard Islam, without ever having been able to choose. Jennifer dropped out of school at 14, her mother and uncles married her at 15 to a Salafist from Bayonne the same age as her. He will make you five children in a row. “We were not going to Syria to wage war,” she says, “but to build a country, to raise our children, to live our religion in an Islamic land without impiety. I did not see Daesh as a terrorist organization ”.

He describes Raqqa under the black flag: the slave market, the executions in the public square, broadcast on giant screens. “Did people approve of them?” “Yes, all the people there. And if not, I would never have said it, it was too dangerous ”. “What prompted you to leave Daesh? Those humiliations? The Jordanian pilot? The men beheaded with the knife, with their hands tied, slowly? “No, for me that was not a problem. It seemed totally normal to me ”. “What were your uncles doing there?” “They made music. Jean-Michel sang and I think Fabien was a sound engineer … “

Other anasheed of the Clains, claiming responsibility for the November 13 attacks:

to the devil’s host without hesitation

let them bleed even in their rooms

go straight without fear towards happiness

the battlefield and the field of honors

who opposes sharia will suffer terrors

no matter how much I pretend to live in holiness

cut off the heads of the ignorant

chop off the heads of the wandering soldiers

since in this war you can win everything

your blood and your sweat will one day witness it

fight until the encounter with the omnipotent