ERC, Junts and PSC extend their first draft agreement after the fracture of the ‘procés’ 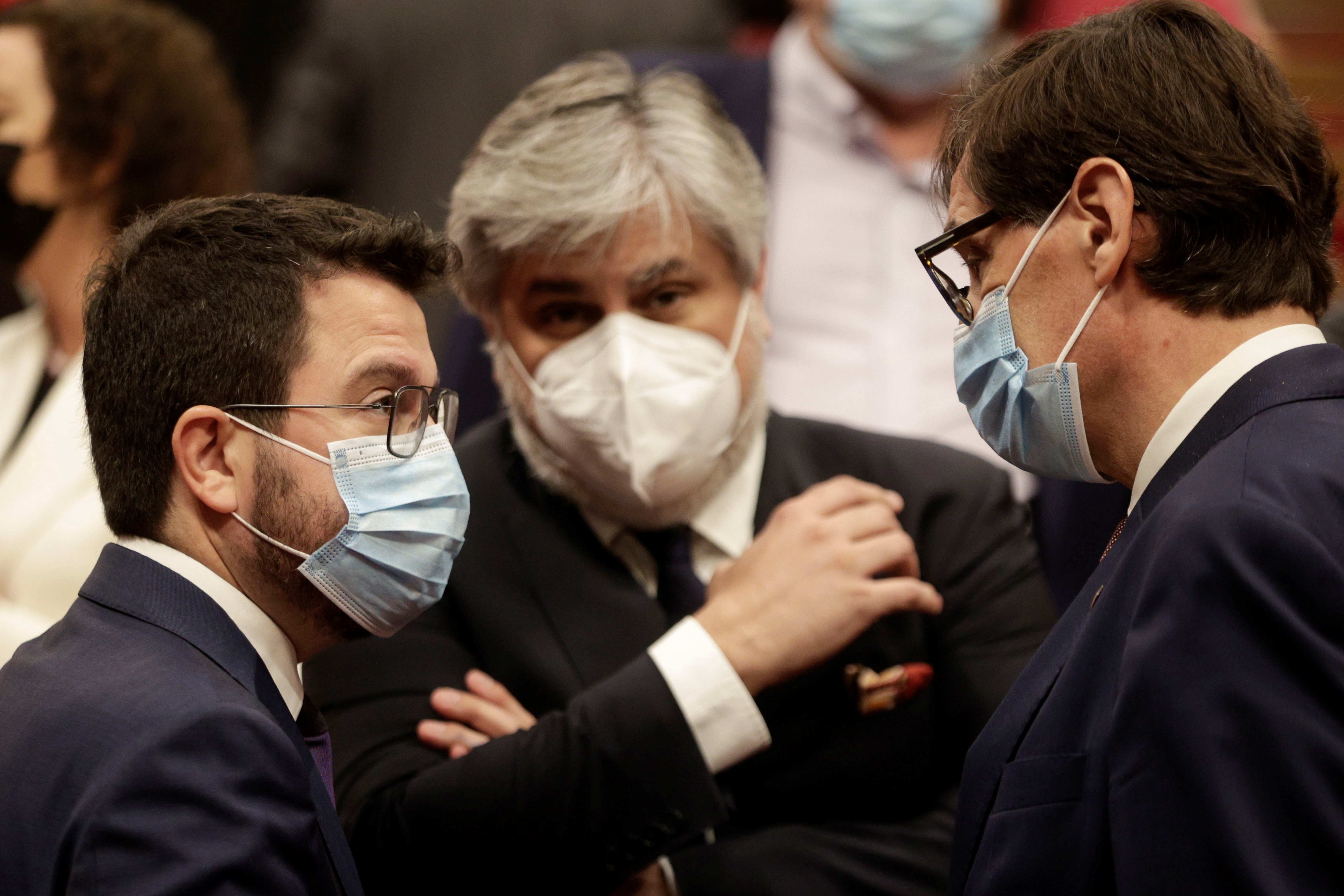 The chronic blockade that Catalan politics has experienced during the frustrated independence process is beginning to be overcome. Parliament approved the Generalitat’s budgets yesterday after the agreement between En Comú Podem and the coalition in power, which is formed by Esquerra Republicana (ERC) and Junts. To this alliance with the commons, which breaks the independence unity with the CUP, is added the pact for the renewal of positions in office that was announced last Wednesday by ERC, Junts and the Partit dels Socialistes de Catalunya (PSC). It is the first important pact between the two independence forces and the socialists since the fracture caused by the process.

The three largest parliamentary groups continued negotiating yesterday the renewal of 25 public bodies that have more than a hundred positions in office, some since 2015. The main consensus has been that of the candidate to be the Ombudsman of Greuges – the Ombudsman of Catalonia -, the jurist Esther Giménez-Salinas, and the candidates to occupy the Governing Council of the Catalan Audiovisual Media Corporation (CCMA), the entity that controls TV-3 and Catalunya Ràdio. The three parties share seats with like-minded people: two from ERC —including the presidency, which will fall to the publicist Rosa Romà—, two from Junts and three for the PSC.

The agreement between PSC, ERC and Junts is currently limited to seven organizations. Between the three they add up to 98 of the 135 seats in the autonomous Parliament, which gives them enough strength to overcome the qualified majorities required to approve these appointments.

Late yesterday, after a new day of discreet and armored meetings to prevent leaks, the candidates to renew the Sindicatura de Contados and the Council of Statutory Guarantees were announced. The latter has had a prominent role in recent years as a consultative body on statutory and constitutional violations in which the pro-independence majorities could have incurred, especially during the unilateral race for independence. The Chief Accounts Receiver will be Miquel Salazar, a member of the receivership since 2013 at the proposal of the PSC.

The former Minister of the Interior Meritxell Borràs will be the director of the Catalan Data Protection Agency. Borràs was sentenced in 2019 by the Supreme Court to a fine and disqualification (which she has already served) for a crime of disobedience in the trial of the process. The Catalan Audiovisual Council (CAC) is another institution that will be renewed with names close to the parties, and with a pro-independence majority. The CAC is the body that supervises compliance with the law and the ethical principles of the audiovisual media in Catalonia. In recent years, it has suffered constant internal divisions when it comes to judging whether TV-3 and Catalunya Ràdio met the appropriate level of plurality. Its president will be Xevi Xirgo, director of the newspaper The Point Today, prominent name in Catalan nationalism and friend of the president of Junts, Carles Puigdemont.

Priority partner of the Government

The spokesman for Citizens in Parliament, Ignacio Martín Blanco, attacked Xirgo’s appointment in plenary yesterday: “It is a huge pity, regrettable, that the PSC agrees to an agreement that puts someone who is the hagiographer of the Mr. Puigdemont ”. The spokesman for the commons, David Cid, also charged on Wednesday against the unit of the big three of the House: “Distribution of chairs between ERC, Junts and PSC, with the majority of party profiles and non-professionals referring to communication. Some names cause embarrassment. A new opportunity lost due to the plurality of the Catalan public media and its institutions ”, he said. The TV3 Company Committee also regretted the agreement: “The opportunity to partition the direction of the public media. The councilors and councilors come mainly from politics and have a strong identification with the parties that designate them ”.

The severest criticism of the concord between the PSC and the Generalitat was made by the CUP leader Eulàlia Reguant: “You [EL PSC] They are Government. They still do not let them appear in the photo, but they are the Government’s preferred partner ”. The PSC spokeswoman in Parliament, Alícia Romero, reiterated that the budget pact with the commons was already breaking the independence unity, and asked the president of the Generalitat, Pere Aragonès, to end the legislative agreement with the CUP for the good of the stability of Catalonia. The anti-capitalists approved a text last Saturday in which they threatened to destabilize the Executive if it continued with its “autonomist drift.”

The PSC welcomed the pact: “The policy is to dialogue and reach consensus,” Deputy David Pérez explained to EL PAÍS. “What the PSC has achieved with the pact is more than what Ciudadanos achieved in the previous legislature,” he added. The PSC relieved Ciudadanos in the elections of last February as the most voted party in Catalonia.