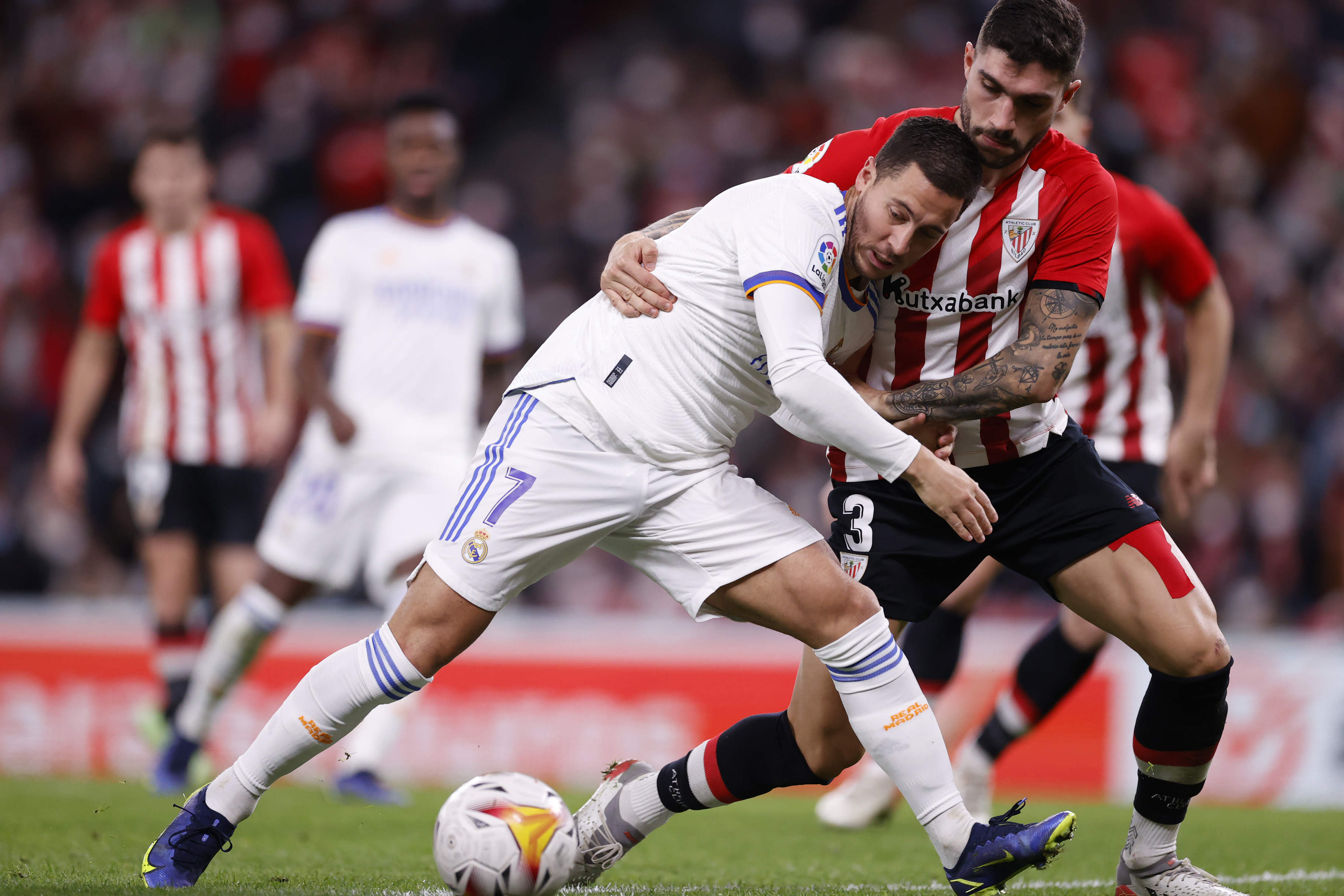 The anarchy of the calendar united two league games on Wednesday in a short space of time. One postponed, that of Atlético, the current champion and another advanced, that of Real Madrid, now the official winter champion. Both meetings, from the different collective sensations that the red-and-white defeat and the white victory give off, left a common situation with two proper names: Joao Félix and Hazard. Two regular substitutes who with their more than correct performances in the last two games ask for more prominence in the form of minutes.

They bring together the cases of the Portuguese and the Belgian prudent similarities: since their arrival at their respective teams in July 2019 with two days of difference, at the cost of their transfer, exceeding 100 million euros, through their irregular performance and lack of continuity due to injuries, even more aggravated in the case of the madridista.

In this league, Joao Félix has played 11 games, scored two goals and scored a pass. All in 531 minutes of play with three complete games and only four as a starter. Hazard has been present in one more match, with 12. He has not made his debut as a director and has given a goal pass for a total of 525 minutes. He has started six times, the last two in a row against Cádiz (the only complete game) and Athletic.

Joao Félix displayed a large part of his technical qualities in Granada, reflected in an extraordinary goal from a brilliant individual action; a tremendous shot to the post from outside the area and a goal annulled that should have gone up to the scoreboard. It was one of his most complete games since he was a rojiblanco player. After his second injury of the season, he played half an hour against Mallorca and the second two halves against Real Madrid and Sevilla. Griezmann’s injury and his good flashes in his last performances opened the door to ownership. He played as a second forward.

The Portuguese has the great disadvantage that his way of understanding the game does not coincide with that of Simeone. In his situation, hunger and the desire to eat come together, and not even the coach ends up trusting his ‘Guadianesco’ game. It appears with scintillating flashes and disappears with astonishing laziness. Nor has the player been able to take advantage of the continuity that the coach has given him, which has been given to him in these two and a half seasons.

The arrivals of Griezmann and Cunha and Correa’s regularity make the position where Joao feels most comfortable, the midfielder behind a benchmark striker, much more expensive. Simeone tried in certain games to place him on the left wing as a starting point, but considered that defensively he did not meet the demands that he demands of tenants who play outside.

“Hazard is back” proclaimed Ancelotti after the San Mamés match. The return of the Belgian can create a small headache when it comes to forming the starting eleven when he has all the players at his disposal. Coaches publicly defend that internal competition is always more of a blessed problem than a handicap, but in Hazard’s case it has complicated edges. The first and of a certain weight is the tactical model of the team: 1-4-3-3, where the figure of the midfielder does not enter, which is the player’s preferred demarcation and more so now that he has lost speed to start from a of the bands.

In this second option, his preferred edge is the left, from there to look for his right-handed profile in diagonals that end in auction and there, today, Vinicius is not discussed. He has earned ownership by hand. The door that opens to Hazard is the right-handed side, where, until his applauded return, Rodrygo (569) and Asensio (759) shared minutes and participations in games (15 each). Ancelotti has recognized that the Belgian does not have characteristics to play close to the band and now his great challenge consists in fitting him into the collective occupation of spaces.

Against Cádiz, as the game progressed, he became a second striker on the inside, close to Benzema. However, even if the body requested it, in San Mamés he remained more heeled to the band with an unprecedented defensive concentration that led him to pursue his side in the actions that required it.

With Hazard on the right, the Italian coach will have to adjust the roles and performance of the interior and side of that band very well and thus compensate for Eden’s ‘absences’ when he decides to look for central spaces more in line with his conditions. If Carletto succeeds, he will have made virtue of the need to put him as a starter because the usual ones were missing.