Why the “Matrix” pill scene is cult among conspirators 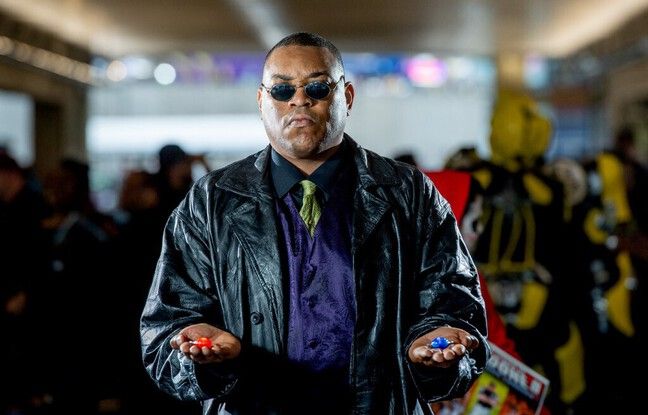 “After that, there is no going back. You take the blue pill, the story ends, you wake up in your bed and believe what you want to believe. You take the red pill, you stay in wonderland and I show you how deep the rabbit hole is. Remember: all I offer is the truth, nothing more. “

These few words from Morpheus, an outstretched hand, a binary choice and a scene that never ceases to be diverted: while the fourth installment of the “Matrix” saga, Matrix Resurrections, is released on screens this Wednesday, the moment when Morpheus proposes to Neo – who is then only Thomas Anderson – to make the choice of the truth has become a marker in the history of science fiction, but also among the proponents of the conspiracy, who propose to open eyes while taking the red pill.

“A rebirth” which “is not easy to maintain”

Why such a posterity? “Matrix had almost a greater success after that when it was released,” notes Sylvain Delouvée, lecturer at Rennes-2 University and specialist in conspiracy. He was picked up with this idea of ​​revealing the truth. A number of major conspirators, notably David Icke, use the image of The Matrix in their speeches, because it’s a film that everyone has seen and it allows them to demonize the issue a bit. “

This choice between the blue pill and the red pill, between an enlightened path and a return to a deceptive dimension, “proposes either a heroic life full of dangers, or a comfortable life forgetting the real issues ”, analyzes Simon Bréan. “What really makes this scene work is that there is this idea of ​​rebirth, of something painful to accept,” adds the lecturer at Sorbonne University and specialist in French science fiction literature. And there is also, with this alternative figure of Cypher [la figure du traître], this idea that the truth is not something easy to hold. “

“A heroization of the red pill”

This sequence carries, “in a certain way, an implicit stigma” which “works very well with a conspiratorial logic”, in particular through the role of Cypher, adds Simon Bréan: “There is a heroisation of the red pill, but there is also a stigma of the weak taking the blue pill, develops the lecturer Taking the blue pill is to be on Cypher’s side, on the side of the weak and the traitors, on the side of people who are dominated by the artificial intelligences. “This binarization” works very well with a conspiratorial logic which is also a logic of distinction, with the idea that the one who knows is better than the others. “

This reading of the scene, however, was surely not thought of as such by the directors, adds Simon Bréan: “It does not seem to me to be a thesis of the film: no one in the film says [au sujet du personnage de Cypher] : “Damn traitor, he wanted to take the blue pill again”. This idea is not extended at all in this film or in the following two. “

Over time, far-right movements have seized the scene, synthesizing it under the name of “redpill” to “attract young people”, notes Sylvain Delouvée. This movement, born on social networks and forums, is “heterogeneous”, he adds. This term ‘red pill’ is used ‘metaphorically’ to ‘describe the epiphany of unpleasant truth of reality in a wide range of contexts’, Explain the Know Your Meme site. “Conversely, the term ‘blue pill’ is used to describe choosing blissful ignorance over hard truth. “

The expression has now moved beyond these circles. Elon Musk, in May 2020, probably in reference to the pandemic, tweeted to his followers to “take the red pill”. ” Socket ! », Replied one of Donald Trump’s daughters and advisor, Ivanka Trump. An exchange that was not to the liking of Lilly Wachowski, one of the two directors of the first three Matrix. “Fuck you both”,
she answered them, by then encouraging Internet users to make a donation to a center supporting LGBT + people.

A few months later, it is Hugo Weaving, who plays Agent Smith, who said he was “perplexed” in the face of this “redpill” movement. “It shows that people don’t read under surfaces, he explained at the Daily Beast. They don’t read between the lines. They take something they find cool and transform it to suit their needs when the original intention or meaning of that thing was just the opposite. “