Peng Shuai case: return in four dates on the communication made by China to try to reassure the fate of the tennis player 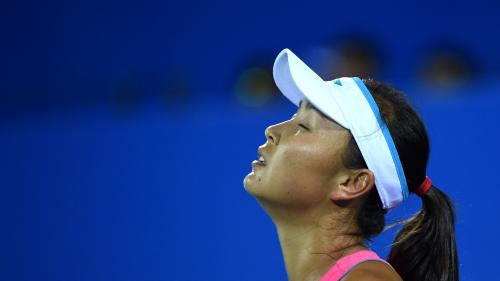 The Peng Shuai case continues to generate a lot of talk. More than a month and a half after the player’s first alert against a former top leader of the country, whom she accused of sexual assault, the champion’s situation is still worrying.

Last weekend (December 18 and 19), new pictures of the tennis player circulated on the internet, and she spoke publicly for the first time, in a video interview given to the Singaporean daily Lianhe Zaobao. The player also spoke on video and in private on two occasions with the IOC (International Olympic Committee), on November 21 and December 1. Otherwise, news of his situation almost always came from those close to Chinese power.

November 17: Chinese public television shares an email attributed to Peng Shuai and intended for the WTA

In mid-November, the controversy begins to rage. Peng Shuai has not given a sign of life since his post was published on November 2. The hashtag #WhereIsPengShuai (“Where’s Peng Shuai”) is featured on social networks, and the stars of the discipline are speaking publicly on the subject.

In reaction, the Chinese public television CGTN published on November 17 the screenshot of an email attributed to Peng Shuai, and addressed to the WTA. “Recent information, including accusations of sexual assault, are false. I am not missing, nor in a state of insecurity. I am resting at home and everything is fine,” it says. The testimony does not reassure Steve Simon, the president of the body, who continues to express his concern about the safety of the player.

Two days later, four photos of Peng Shuai appeared on social media, the first since the start of the affair. She appears smiling, holding in her arms a cat or a figurine from the animated film Kung Fu Panda, with colorful soft toys in the background.

The images are shared by the Shen Shuai Twitter account, which the social network labeled as a media affiliated with the Chinese state. He writes that the photos were posted by the player privately on WeChat, an authorized social network in China, with the caption “Have a nice weekend.”

November 20: four videos released by the editor-in-chief of the Global Times, close to power

The next day, the player is seen in four videos, all posted on Twitter by Hu Xijin, close to power and editor of the Global Times, a Chinese nationalist daily.

Peng Shuai showed up at the opening ceremony of a teenager tennis match final in Beijing on Sunday morning. Global Times photo reporter Cui Meng captured her at scene. pic.twitter.com/7wlBcTMgGy

Peng Shuai is first seen having dinner with her trainer and friends in a restaurant on the evening of Saturday, November 20. The champion also appears dressed in a navy blue sports jacket and white pants, for the opening of the Fila Kids Junior Tennis Challenger Finals on Sunday, November 21. In a second clip, we see her taking a group photo with the children present, and signing autographs. Hu Xijin assures us that the videos were taken by a reporter in the title.

The most recent signs of life were shared over the weekend. A new video was posted Sunday, December 19, by Qingqing Chen, a reporter for the Global Times. It shows Peng Shuai chatting with Chinese basketball star Yao Ming. According to the reporter, the video was shot and sent by a friend during a Nordic skiing promotion event in Shanghai.

A friend sent me this video showing Chinese tennis star player Peng Shuai talked with Yao Ming, one of the most beloved players in @NBA history, this morning at an event “FIS Cross-Country Skiing China City Tour’ in Shanghai. pic.twitter.com/Ebduv5rean

A photo of the player was also posted, still with Yao Ming, around the same event. They are accompanied by two other figures of Chinese sport, former table tennis player Wang Liqin and sailor Xu Lijia.