Alaba and Isco, new positives for covid in Real Madrid 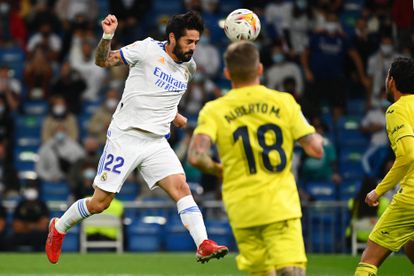 Isco, this season against Villarreal at the Bernabéu.GABRIEL BOUYS (AFP)

The strong rebound in covid cases continues to affect Real Madrid, which this Tuesday received the positives of Alaba and Isco. With both, there are eight footballers from the first soccer squad confined to their homes by coronavirus: Asensio, Rodrygo, Bale, Marcelo, Lunin, Modric, the Austrian and the Malaga player. To all of them we must add the name of Davide Ancelotti, assistant and son of the Italian coach. None will be this Wednesday at San Mamés against Athletic (9.30pm, Movistar LaLiga). Neither were the injured Carvajal and Ceballos, and the one sanctioned for accumulation of cards Casemiro. In total, 11 casualties for the Whites’ last game in 2021.

Isco has already been left out of Sunday’s call-up against Cádiz and the previous training session on Saturday. She had tested negative at the time, but she stayed home as a precaution, as her children had cold symptoms. The defender, formerly of Bayern, did not train this Tuesday and his fall was known in the afternoon. For his part, Modric, whose contagion was reported last Wednesday, tested negative two days later, although he still does not exercise and is isolated. He and Marcelo were the first to be positive, last Wednesday. A day later the announcements of Asensio, Rodrygo, Bale, Lunin and Davide Ancelotti arrived. And this Tuesday, those of Isco and Alaba.

The virus has taken positions in Valdebebas, where it also punishes the basketball squad with seven cases. This Tuesday night those of Anthony Randolph, Guerschon Yabusele and Juan Núñez communicated. On Monday, Vincent Poirer’s. In the previous days, the contagions of Fabien Causeur, Thomas Heurtel and the coach, Pablo Laso, had been known. This Thursday 23rd, Madrid has scheduled the Euroleague match against CSKA Moscow (20.45).