Actor Christ Noth, best known for his role as Mr. Big in Sex and the City (1998–2004) and as Detective Mike Logan in Law & Order (1990– ), was fired from his agency A3, with which he has been under contract since early this year. The reason for his resignation are the allegations of sexual abuse that he has recently received. Noth denies all allegations.

Both Noth himself and his spokesman declined to comment further on the current situation. The actor stands by his previous statements and maintains that the sexual relations he entered into at the time were with the consent of the parties involved. He is being sued by two women who have no connection with each other. Both women are now telling their story because they experience the renewed attention for the actor and his work in And Just Like That… (2021) as very confrontational. “It brings back painful memories,” said one of the alleged victims.

Just before the weekend of last week, a third woman came forward. She would also have been sexually abused by the actor. His spokesperson had little to say about this either, but at least denied the allegation, adding that Noth doesn’t even know Mrs. 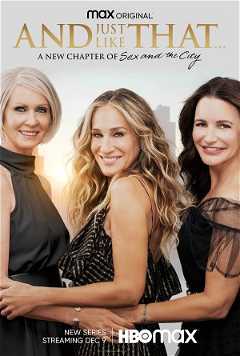 In ‘And Just Like That’ we follow Carrie Bradshaw (Sarah Jessica Parker), Charlotte York (Kristen Davis) and Miranda Hobbes (Cynthia Nixon), who are now in their 50s.