In Sudan, women no longer want to “serve as a backdrop” 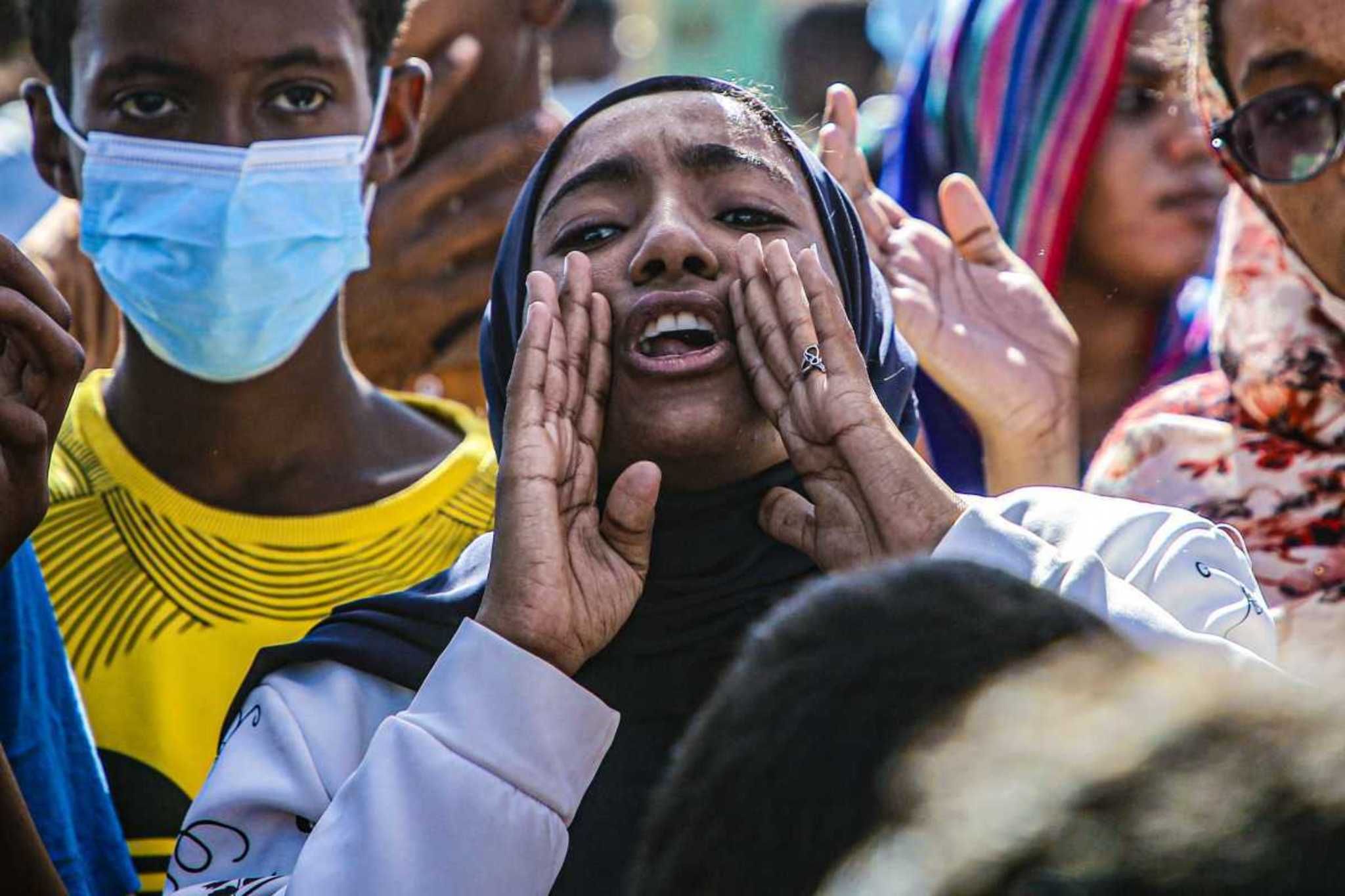 Sudanese Hadia Hasaballa swaps her elegant blue dress for a black abaya and covers her thick hair with a beige scarf. On December 13, the co-founder of the feminist group “Les Gardiennes” is preparing to join the eighth demonstration in opposition to the coup d’état of October 25. In addition to handing over power to civilians, she demands that women be finally considered in this country where the patriarchy inherited from thirty years of military-Islamist dictatorship continues, three years after the start of the revolution that began on December 19, 2018.

“For the Islamist regime, it was shameful for a woman to want to come out and make her voice heard. We are now present in the public space and every woman in the street defends her rights. However, politicians continue to think that we are acting as a backdrop, ”describes Hadia Hasaballa.

The “kandakas” or revolutionary women may well place themselves at the prow of the processions, justice is slow to be rendered to them. “Three years ago, when we were talking about our rights, men said it was not the priority. Now they are starting to recognize that now is the time to tackle the obstacles we face, and especially in rural and conflict areas like Darfur where girls and women are abused, raped and tortured ”, describes activist Deema Alasad known as “Asadoya”.

Reforms strengthening the protection of Sudanese women have not seen the light of day. “Because the Legislative Council was never formed. Before the putsch, only the Council of Ministers could pass laws but it depended on the Sovereignty Council chaired by the military. Everything has been slowed down, perhaps on purpose, ”says Sulima Ishaq, who chairs the unit to combat violence against women and children within the Ministry of Social Development.

In July, she delivered a draft law on violence against women, providing legal support for “survivors” of all forms of abuse, the criminalization of domestic violence and forced or early marriages. As well as a police force and a justice dedicated to women as has existed for children since 2010. But this text has remained a dead letter. And it is still forbidden for a woman to rent a hotel room without her husband, while recognizing her child as a single mother or asking for a divorce is an obstacle course.

The only advance concerns the removal, in November 2019, of the law on public order which prohibited women from wearing pants or playing sports alongside men. “This is very superficial progress. The morality police continue to be rife, ”reports Enass Muzamel, an activist at the head of an organization supporting the democratic transition. She also underlines the weight of social diktats which, for example, oblige women to cover their hair in public transport.

With rare exceptions, access to political responsibilities also remains blocked. Qualified women do exist. A survey conducted by Sara Musa (1) identified 1,070 qualified candidates to sit in the future Parliament. “I wouldn’t say men don’t trust women. They are simply not on their radar, ”she analyzes. A situation which could evolve thanks to the young people invested in the resistance committees. Distributed throughout the country and totally mixed, these local pro-democracy branches are preparing a common roadmap in order to offer an alternative to the putsch, which has dangerously reduced freedoms.

The fight against excision continues

► The application of this text is however far from certain in a country where nearly nine out of ten women aged 15 to 49 underwent this mutilation in 2014.

► Awareness campaigns and workshops are held in the country. A circular is awaiting the green light from the judicial authorities in order to officially define the criteria for condemning the person who carried out this act and / or the person who ordered it.