Nadia Arrieta case: another avoidable femicide and the belated remorse of a judge for releasing a repeat offender

These are times that re-name the usual and make visible what the past denied. Women and domestic, school, work, and social violence; the violations of all ages were made invisible by the macho and phallo-centric behavior of social culture in general; the woman, inconsiderate of her rights.

Today the woman is visible and the crimes against her, too. 251 femicides per year in Argentina between January 1 and December 31, 2020, according to the report of the Office of Women of the Supreme Court of Justice of the Nation on femicides in Argentina.

The case of Nadia Arrieta, 31 years old, murdered on March 1, 2018, in Villa Tesei (Hurlingham), within her gift-selling business, while she was working, is another testimony of femicide that, in the voice of her mother , Beatriz, we share so that it is visible that, once again, this death could have been avoided, if it were not that the recidivist criminal is privileged with stories devoid of meaning, but full of ideological intentionality.

Nadia was found abducted, murdered – by a stab wound to her throat – in an attempted rape of her stalker, whom she did not know and of whose existence she also had no news. But what we do know, and Justice also knew, is that his murderer had already stabbed four people and raped a young girl.

Sentenced to 18 years in prison, two judges anticipated his freedom with a 14-year sentence served because, according to them, he was already fit for social reintegration.

Suggestively it was in times of pandemic.

“Suitable for social reintegration,” Beatriz repeats, with the perplexity of those who wonder if they really should listen to that. 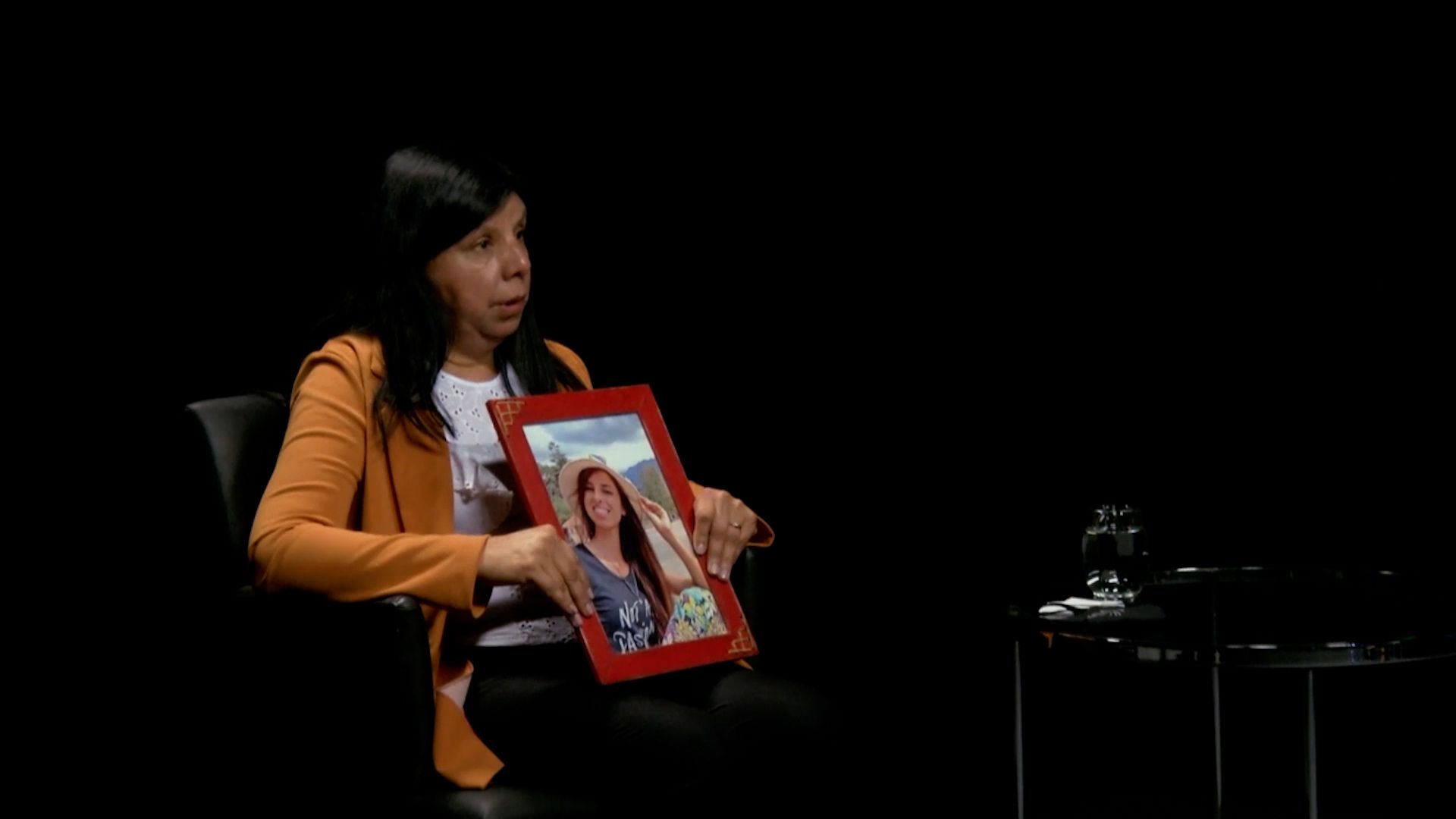 The criteria for “reintegration” are not currently standardized and are evaluated in abolitionist circles that apply the criterion that “the lesser the better” when serving the sentence.

And, as Beatriz Flores says, Nadia’s death meant “starting to fight for some justice” …

This surviving victim of her daughter’s femicide, and her entire family, in the upside down kingdom that we live in, are the real subjects of an (un) curable pain.

We know the names of the judges: Nadia’s parents are asking for her impeachment, but the important thing about this text is not her escrache, but rather highlighting the evidence of an at least light ruling by two magistrates, based only on theoretical definitions or by extra orders. walls that ignore the behavior patterns that Mental Health clearly describes about violence and perversion.

Thus, they climb the power that enlarges them to rule that the life of an asocial psychopath, probably unrecoverable, was more valuable than that of Nadia, who had everything ahead of her, values ​​and dreams, or that all the Nadias, those lives that to society is necessary for it.

Again an avoidable death, again incomplete judges, incapable, who do not represent the possible terrible consequences of such light failures. “Still alive … but every morning I get up because I promised Nadia to seek justice and for my family, my son, that when Nadia died she was 21 years old,” says Beatriz Flores, from her sober pain, but with the hope of continuing after the Instances that enable the impeachment of the Honorable Members.

The murderer was sentenced to 50 years in prison, “with exemplary conviction,” for homicide and attempted sexual assault, the victim dying for defending himself, which turns it into femicide.

Exemplary conviction? Evening gentlemen judges! The exemplary sentence is useless because of the early release that takes Nadia’s life. Example for whom?

Social Reintegration is a fallacy: the behavior patterns describe a criminal who tried to be one four times before, only he failed until he successfully achieved his mission with Nadia.

Can the rapist of a convicted girl change the destiny of his impulses towards women? It was what he wanted with Nadia and he did it again.

In the midst of the pandemic, Nadia’s parents were called to court by the judges responsible for the early release who presented their condolences. One of them said that every night before going to sleep the failure is questioned and that he confesses that this ruined his life a bit. Should we be grateful? 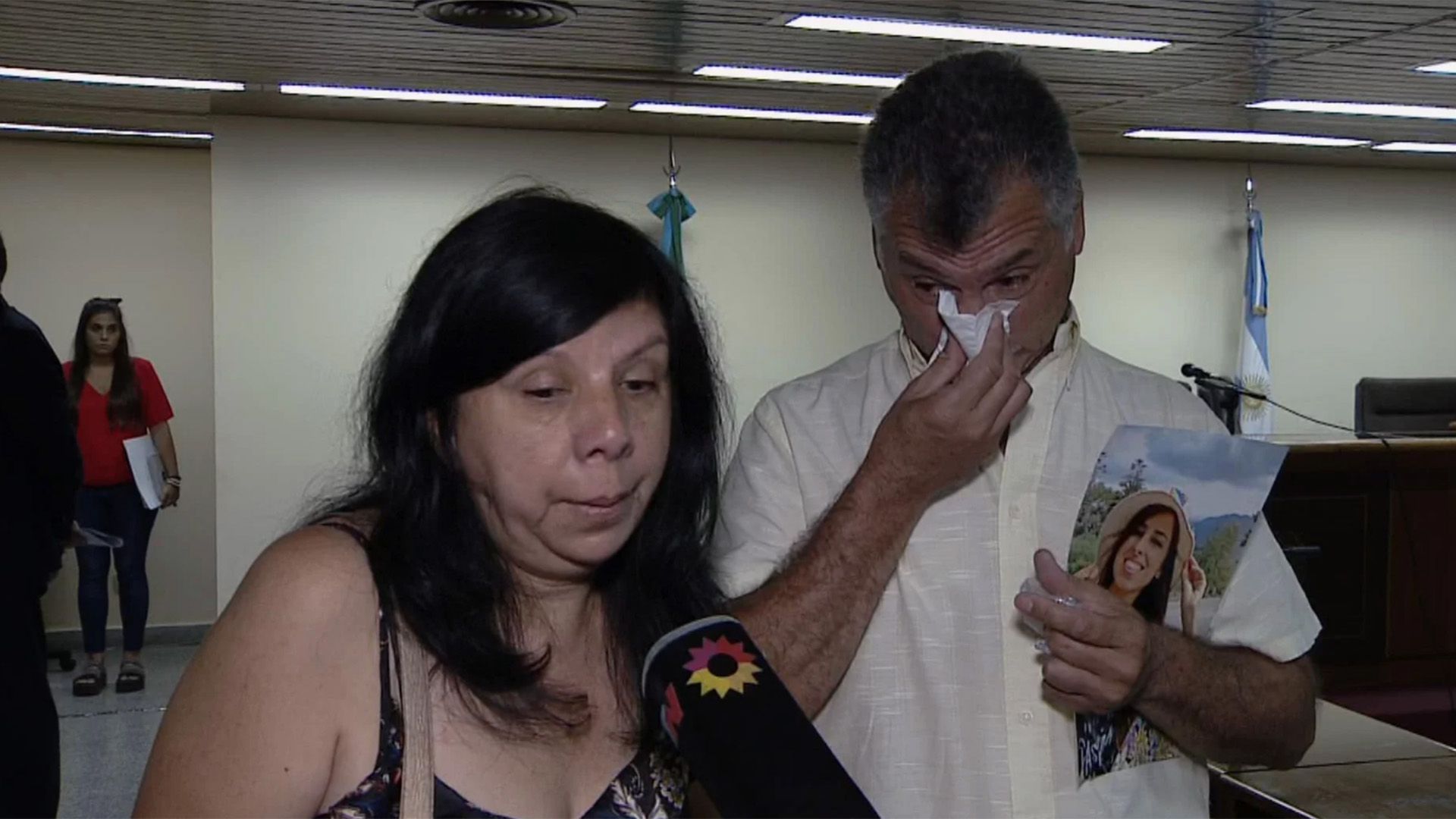 The perpetual pain of the parents of the young Nadia Arrieta

Beatriz makes her pain feel and I don’t know if words are enough; But she made him a cause to make sense of what she does not have: she works in a Victim Assistance Center in her area and so that the words reach, better those of herself: “So that it does not happen again, this must be a before and after. Before killing Nadia, this person (that’s how he names the murderer) stabbed a family and raped a young girl, who was saved thanks to God, a luck that my daughter did not have. How many Nadias does there have to be for this to stop? “

Beatriz Flores is a Member of Usina de Justicia.

Killed “by mistake”: how the homicide of Pablo Flores happened

Lucinda, 78 years old, beaten to death by a repeat offender: “They killed her for a cell phone”

“They don’t even let us mourn”: a campaign alerts that in Argentina the crime victim is forgotten and his executioner victimized

Juan serves his country but the State let him down: two crimes with impunity destroyed his family

From cruelty to incurable pain: Norma’s grief for her son shot in a hate crime