Indigenous peoples’ freedom of speech is accelerating in Canada 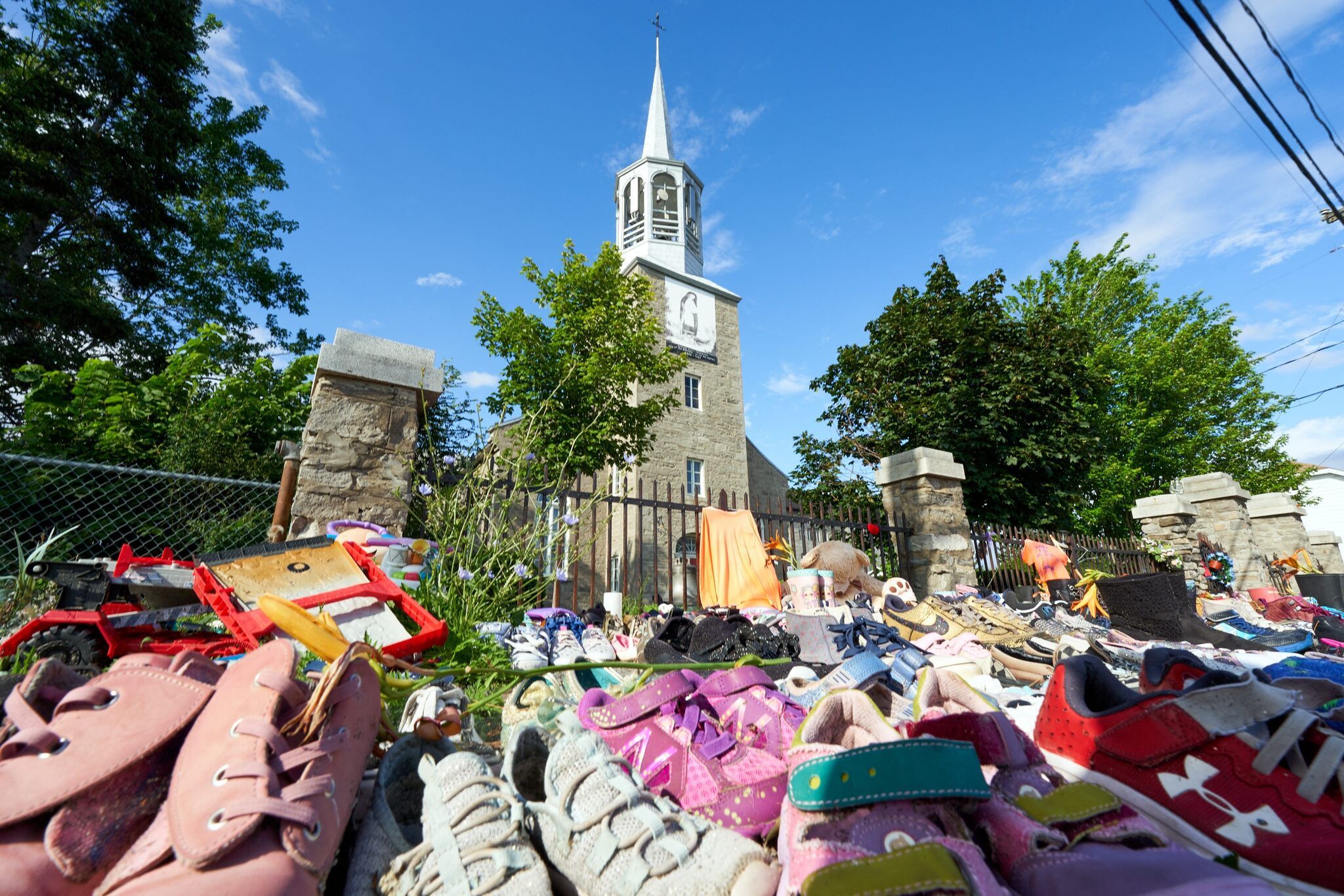 “He only touched me once. I never put myself in a situation where this could have happened again. Michael Diabo was 10 years old when the Jesuit Léon Lajoie allegedly sexually assaulted him while he was going to get bread at the church in Kahnawake, in the southern suburbs of Montreal. He had never spoken of it before this summer. But forty-five years later, a discovery led him to no longer be silent. “The story of the Kamloops graves made me realize that I was not the only victim of the Church. “

As with others, the discovery of 215 remains of unidentified children on the grounds of the Kamloops Indian Residential School, one of the establishments in British Columbia where First Nations children were forcibly assimilated, pointed to trauma. In communities, like that of Kahnawake, there is freedom of speech.

Between 1961 and 1990, Léon Lajoie was the parish priest of Kahnawake, a former Jesuit mission known to also house the shrine of Saint Kateri Tekakwitha, a young Iroquois (1656-1680) canonized in 2012. A key figure in the village, died in 1999, the father Lajoie is one of the few non-Mohawks to be buried in the territory. An affront, for Michael Diabo: “Three people, who did not know which patient it was, had asked our band council that he be buried here. “

In recent months, the multiple allegations against the priest have raised a question among the Mohawks: should we move his coffin? Demonstrators believe that his remains have nothing more to do there and have collected more than 200 signatures so that it is removed from the territory of the community.

The chief elected to the “band council” (assembly of elected officials governing an Indian band), Ross Montour, saw the wave of anger surge: “Some even asked us to burn down the church. It’s complicated because Father Lajoie designed the youth center, among others. Me, I never felt uncomfortable with him. These are serious allegations of facts that date back over thirty years. But why accuse him now? “

→ REPORT. Residential schools in Canada, the time of truth

Protesters demanded to meet with the Jesuits and an independent investigation, led by Ontario’s King International Advisory Group, was launched in early November to shed light on the case. Its findings are expected to be made public before the end of the year.

Anger over what are considered “failures of the Church”

José Sanchez, communications director of the Jesuits of Canada, maintains that the investigation carried out in the archives of the religious community did not reveal any complaints of misconduct by the priest. “Over the past year,” he adds, “the Catholic Church has received numerous complaints of abuse from indigenous communities. (…) We believe that some of these complaints are attributable to the discovery of undocumented graves in former residential schools. “

→ READ. Canada: visit of delegation of bishops and indigenous leaders to Vatican postponed

In his eyes, the anger over what are seen as “failures of the Church” to respond to the demands of the Truth and Reconciliation Commission is also weighing heavily on him. This commission was established between 2008 and 2015 to shed light on what happened in residential schools and its repercussions. Only 14 of their 94 recommendations have been acted on so far, according to a CBC News tally.

These languages ​​which are loosened, Alain Arsenault also observes them. This lawyer represents the plaintiffs in a class action brought by native people who were allegedly victims of sexual assault committed by members of the Oblates of Marie-Immaculée, in Quebec. To collect their testimonies, he toured the indigenous communities formerly managed by this congregation. “The graves discovered this summer and their media coverage have accelerated things,” he says. I say it to my assistants, with each interview given: get ready to receive new witnesses… and never fail! “

For Alain Arsenault, the class actions of recent years bear witness to a “takeover of power” by the indigenous populations. “People are realizing the extent of the abuse, they are no longer alone and, by saying so, they are taking a step towards healing. “At the start of his work in 2018, few people wanted to talk to him, others did not believe each other’s testimonies:” Now, they ask us to come back a second time, because they have too much of our own. tell. “

The indigenous delegation to the Vatican in early 2022

1991.The Oblates of Mary Immaculate, who administered the boarding school in Kamloops (British Columbia), apologize for the rejection of “the riches of the indigenous religious tradition” and the “sexual and physical violence”.

2018. Prime Minister Justin Trudeau calls on the Pope to apologize on behalf of the Catholic Church. In response, the president of the Episcopal Conference Lionel Gendron writes that “after having carefully examined the request (…), (the Pope) is of the opinion that he cannot respond to it personally”.

June 6, 2021. The Pope expresses his “pain” after the discovery of the unidentified remains of students from the residential schools.

From December 17 to 20, 2021. Dates initially planned for the visit of the indigenous delegation to the Vatican, postponed to January due to the pandemic.

Tags: acceleratedacceleratingCanadaCatholicism worldfreedomIndigenousparolepeoplesQuebecreleasereligionspeechthe Church in the face of sexual abuse