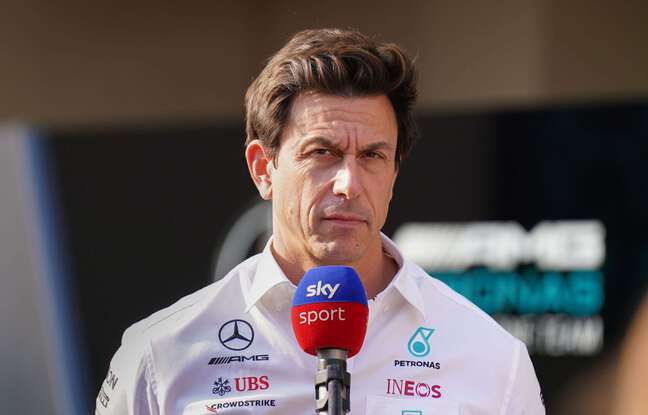 Of course, Mercedes withdrew its appeal this Thursday. Technically, the team has recognized the validity of Max Verstappen’s first F1 world title for Red Bull, following the final Abu Dhabi Grand Prix. But Toto Wolff’s heart is still bleeding. Mercedes boss and Lewis Hamilton boycotted the Federation Internationale de l’Automobile (FIA) gala on Thursday in Paris, to protest against the decisions of the race marshals which allowed Verstappen, so far behind by the Briton, to to double on the wire its competitor.

In an interview with Bild, published Thursday evening
on the website of the German dailyWolff even hit the nail on the head. For the 49-year-old Austrian, this “injustice” “is on par with the hand of God of Diego Maradona or the Wembley goal of 1966”.

References to the history of football

Historico-football comparisons: the first recalls the goal of the left fist granted to the Argentine captain against England, in the quarter-final of the 1986 World Cup. The second summons the memory of England striker Geoffrey Hurst’s strike in the 1966 World Cup final against Germany, which was validated without even knowing today whether the ball had crossed the line.

“My heart and soul are still crying through every pore,” Wolff continues, adding that Hamilton is in much the same condition. “When the principles of sport are flouted and the stopwatch is worthless, you start to wonder if all the work, the blood, the sweat and the tears are worth it. “Come on Toto, it’s time to take a step back to prepare for next season.