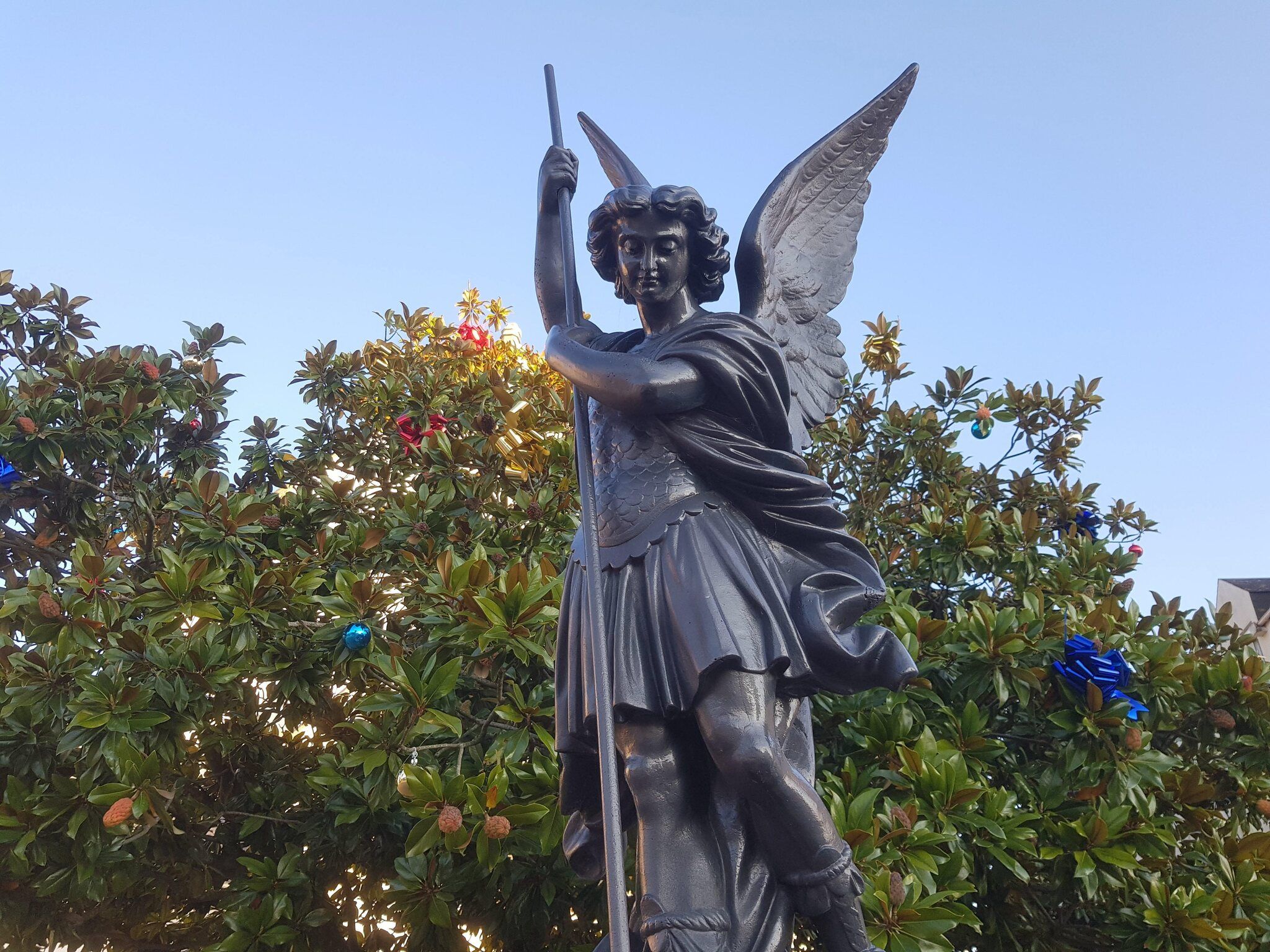 A statue at the heart of the controversy. The Nantes administrative court, in a decision rendered Thursday, December 16, forced the mayor of Sables-d’Olonne to withdraw a representation of Saint Michael, erected on the forecourt of a church in the city for three years.

The judge ruled in favor of the Federation of Free Thought. The association which defends “institutional secularism”, had seized the court in 2019, considering that the statue of the archangel Saint Michael was a “religious symbol”, placed “on a public place”.

→ ANALYSIS. Napoleon, Colbert or Bugeaud… In France, the very fragile peace of statues

By recognizing the religious character of the statue, the court thus decided that its installation was contrary to article 28 of the law of 1905 on the separation between church and state, which declares that “it is prohibited, in the future, to erect or affix any religious sign or emblem on public monuments or in any public place ”.

A controversial statue for several years

“We will not let ourselves be done,” said Yannick Moreau, mayor of Sables-d’Olonne, who announced that he was appealing by asking for a stay of execution. “The courts of our country have many other things to do than ask to deal with this kind of abusive request aimed at debunking the statues which constitute the identity of our country”, he believes, advancing the argument according to which the statue is more a “work of art” than a religious symbol.

The president of the Federation of Free Thought of Vendée, Jean Regourd, denounces for his part elected officials “supposed to know and apply the law of the Republic”, who are more “guided by their personal faith or electoral wills”. He also welcomes this “remarkable” decision, which reaffirms the principles of the 1905 law.

This decision is at the heart of a controversy that has lasted for several years. The statue, then installed in the courtyard of a private school, was moved in 2018 by the former mayor of the town, Didier Gallot, in homage to the paratroopers of which he had been a part – Saint Michael is the patron saint of paratroopers.

At the time, the mayor justified his decision by the cultural nature of the statue, located in the sandy district of St. Michael, opposite the church of the same name. But the secular association of free thought, claiming that its installation in a public space was against the law, had immediately written to the mayor to demand its removal, before appealing to the administrative court in the face of his refusal.

While many are calling on social networks to “cancel culture” or to a debate linked to secularism, the lawyer at the Paris Court of Appeal, specialist in worship, Maître Alain Garay, explains that this case does not fall under not of this principle of secularism.

“It is a purely technical debate which relates only to article 28 of the law of 1905, and to the fact of knowing whether the square of the church of Saint Michael, where the statue is located, constitutes or not a dependency of this church, ”he says.

The law indeed sets out an exception to the prohibition on erecting a religious emblem on a public site, if it is installed in a “building used for worship”. If the forecourt of the church where the statue was installed turns out, in the city archives, to be attached to the church itself, then the statue may, in the eyes of the law, stand there. .

For the sociologist of religions and secularism, Olivier Bobineau, this type of debate takes place more generally in a context of “the end of parish civilization”, that is to say of a dissociation between municipality and parish, and the end of religious transmission through statues erected in public space. “It is not surprising to see this type of litigation emerge in the west of France, a region marked by a certain radicalism and moral conservatism, where strong oppositions have arisen in reaction to this”, estimates this specialist, author of The Road to Radicalization. Understand in order to act better (1).

A similar controversy erupted in 2017, about a statue of John Paul II surmounted by a cross, erected in Ploërmel (Morbihan). The Council of State had given the town six months to remove the cross, which had finally been moved with the statue to private land, to comply with the law of 1905.

Plant-based or in vitro: what are the alternatives to foie gras worth?

Covid-19: Austria adopts compulsory vaccination for all adults, a first in the EU

Dreams and tears for Virgil Abloh’s latest collection for Vuitton

Plant-based or in vitro: what are the alternatives to foie gras worth?