Quotas of women at the head of companies: without the law, “nothing progresses”, deplores a LREM deputy 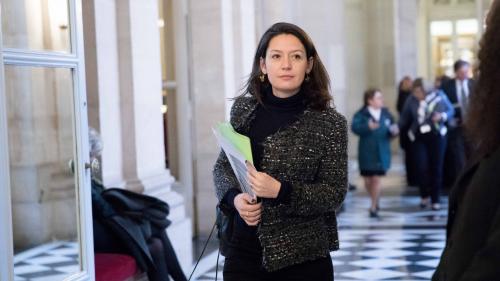 “It is clear that, when the law does not establish coercive measures, unfortunately nothing is progressing,” lamented Thursday, December 16 on franceinfo Marie-Pierre Rixain, LREM member of Essonne and president of the Delegation for the rights of women and equal opportunities between women and men, while Parliament has definitively adopted a bill establishing quotas for women in management positions in large companies. This LREM proposal, supported by the government, plans to introduce a quota of representation of each sex among senior executives and members of the governing bodies of companies with at least 1,000 employees: at least 30% women in 2027, and 40% in 2030.

franceinfo: How many women are there at the head of large companies today?

Marie-Pierre Rixain : Today at the head of large companies, including the CAC 40, there is only one. It is Catherine MacGregor, who is the head of Engie. And among senior executives, those who could potentially become the future leaders of tomorrow, they are around 27%.

Is it because of these low figures that we have to go through quotas?

Yes, it is because of this figure. And it is also because we realize that, without quotas, we cannot do it. Ten years ago, when the Copé-Zimmermann law was passed (it imposed 40% of women on boards of directors), companies committed to ensuring that this trickles down to members of governing bodies. And then, finally, that is not the case today. It is clear that, when the law does not introduce coercive measures, unfortunately, nothing progresses.

What are the risks of companies that do not comply with this new law?

Companies have ten years to become compliant. The law will apply within two years. They will have, within two years, to publish on the site of the Ministry of Labor, the gendered data on these two sets. Then they will have three years to reach 30%, so in five years. And then, in eight years, 40%, and they’ll be two years old. To comply, if this were not the case, they could be accompanied by the services of the State. And if this was not the case, they could be fined which represents 1% of the payroll.

With just 1% of the payroll, aren’t you worried that some companies will not respect the law?

I did the math. 1%, this can still represent substantial fines. That’s the reason it’s a cap. This fine targets companies which could achieve these objectives, but which would not want it, and which would remain in a form of masculine self-esteem. One can imagine that some companies could have difficulties in reaching them, in particular because, for example, of a geographical location. And therefore, the labor inspector will measure the efforts and the conditions under which the company has achieved its objectives. But quite honestly, we now know that this is possible. Companies in more male-dominated sectors have already achieved this objective. Some are already more than 30% in their management committees. And then others, on the contrary, have zero women in their CoDirs and Comex. So, we can see that it is not a problem to want or not to want it. The question is rather to say what benefit I will be able to derive from this and how my company is participating in an inevitable movement in history.

What do you say to those who would accuse you of interfering in private companies?

There is no interference today. Companies are economic actors, but also social actors. Women also need to be recognized for their skills. And we do not imagine for a second that a woman manager could be chosen at the head of a CAC 40 company if she was not competent. But it is clear that companies sometimes need to be supported by the legislator. And this is the case today in our country. And whatever happens, shareholders, especially foreigners, are watching these elements carefully. Likewise, talents look at these elements. So all of this goes in the direction of better growth for businesses and better economic growth for our country. I want to tell them that today, we are investing a lot for companies through the recovery plan. Companies must also play the game of this support.