“We are big fans of series”, say Camille and Julie Berthollet 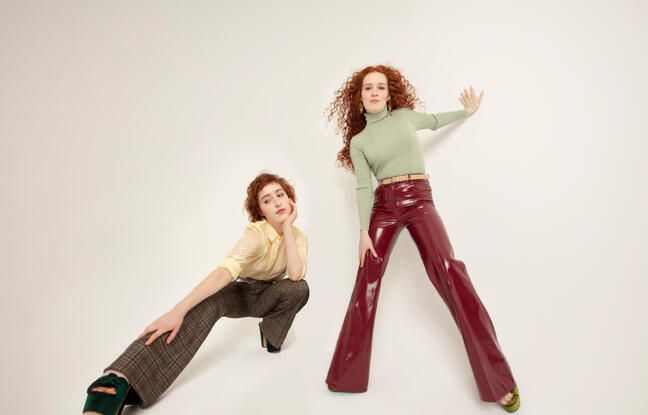 In six years, Camille and Julie Berthollet have already produced six albums. A sustained rhythm for the two cellist and violinist sisters, aged 22 and 24. Their sixth album, Séries, was released on November 19. The two young Revelations of classical music adapt here, in a symphonic or chamber version, credits and music from series (and films). With two surprises specially composed for the occasion: Flashback and Credits.

How did you come up with the idea of ​​making an album of credits revisited through classical music?

Julie: We have always been big fans of music from series and films. As soon as we were old enough to be independent, we went to the movies every week and we stayed until the end to see the credits. We wanted to know who had recorded and composed the music. Regarding the series, we watched a lot, but confinement has accentuated this practice. We stared at their soundtrack and we wondered how they were constructed, arranged, we sent them to each other… We said to ourselves that we had to do something, especially since the series, today , it is unifying, in the same way as cinema or sport.

How did you select the music you will perform?

Camille: We had already been playing the Game of Thrones theme for four years, during our concerts. Other pieces were then added over the performances. We saw that we took pleasure in performing them on stage, and the public in listening to them too. To complete the album tracklist, we simply chose music that we liked.

Do serial credits and movie songs lend themselves to classical music? Or are they difficult to adapt?

Julie: It’s a bit like the lottery. Sometimes, we get the idea straight away and we know how we’re going to arrange a theme. For others, we try to find something that suits us while keeping the essence of the song.

Camille: For example, for Game of Thrones, we already knew that we wanted to play the theme of the beginning and that of the dragons.

Julie: For Stranger Things, on the other hand, it was more complicated, especially in terms of artistic choices. We wondered if we should keep the electric keyboards or if we should go towards something more classic. The Simpsons credits were not hard to adapt, because they are orchestral: you just need to change instruments. But it was difficult to record, because it was very quick to play for violins. We sweated a lot during the recording.

Camille: The Leftovers, Ten percent, The Crown… We listened to the credits of this last series twice each time, so the progression of the chords is incredible.

Being musicians, is your attachment to a series sometimes linked to music or credits?

Camille: There are series of which we discovered the music by watching them, like for Ten percent, and others towards which we went thanks to their musical themes. We were first won over by The Leftovers soundtrack, before watching the series. Music can make all the difference in our commitment to a program.

Julie: The series and the music have to go hand in hand. If one of the two is worse, you can tell, I think. When both work well, it’s strong, you remember it. The genius of music is the fact of associating a soundtrack or themes with a character, then hearing them dozens of times without getting tired of them. This is where we say to ourselves that these are beautiful soundtracks.

Your album is called Séries, but you added three covers (La La Land, Intouchables and Diên Biên Phu). Why ?

Camille: At the beginning, we wondered whether we were doing a purist album, with only series. But we thought back to certain films that had marked us enormously. And then film music is the ancestor in a way of serial music. The composer Ludovico Einaudi (Doctor Zhivago, Intouchables, Nomadland…) laid the foundations of film music so much that we really wanted to record it.

You also created two music inspired by series scenarios. How did you get inspiration?

Julie: We have a classical background, so we have all the theory, harmony and counterpoint lessons as a basis when we compose. But we also listen to a lot of pop. The composers Ludovico Einaudi and Max Richter inspired me the most in their way of writing music, with very minimalist things, few chords, but where everything is played in the atmospheres. Flashback came to me as obvious, it represented the scenario of the year that I had spent. For Credits, we were looking for a song to complete the album… The next step would be to compose entirely the music for a series or a film.

In 2020, you denounced acts of harassment and sexual assault in the world of classical music. Do you have the impression that the milieu has evolved on these questions?

Julie: In 2021, realizing that society has problems on that side, I think it’s late. It’s extraordinary that this has not been resolved before. We have a young generation moving in the right direction. For our part, today we are very careful about the way we surround ourselves, we have trusted teams. It is very important on a daily basis. Our fight is to move towards more diversity in classical music and to democratize it as much as possible.

Camille Berthollet, 17 years and over, with a string on her violin

AJP: This is all we know about the millionaire real estate fraud Professional Legal Advisors