The disagreement with Maradona 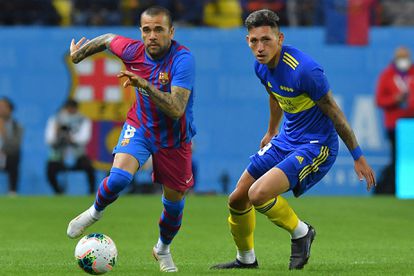 Alves leads the ball against Luis Vázquez in the Maradona Cup.- (AFP)

Barça always had a difficult relationship with Diego Armando Maradona. The club never seemed interested in getting the deal back since the player left at dawn for Naples after two stormy seasons at the Camp Nou: 1982-1984. Neither did the footballer show any will to return to his Barça past and status as a citizen of Barcelona. The disagreement continues even after El Pelusa’s death a year ago. The Maradona Cup dispute, organized in Saudi Arabia to honor 10, also became a nuisance match for FC Barcelona. 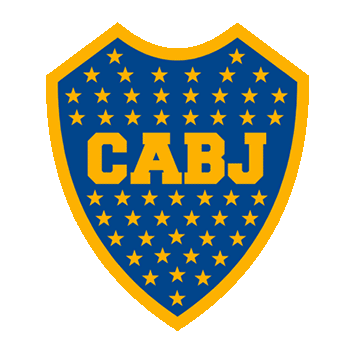 The coach, Xavi Hernández, or the president, Joan Laporta, did not feel like it, who did not even travel to Riyadh but preferred to accompany Pedri and Martens at an awards ceremony in Turin. As it happened in the farewell of the Argentine as a footballer, the Barça club was moved the money to participate in the friendly played at the Masoor Park stadium against Boca Juniors. Barça received between two and three million euros for 1.5 from the Argentine club in which Maradona also played. The presence of the player’s daughters, Dalma and Giannina, accompanied by their mother, Claudia Villafañe, helped at least to evoke the figure of Diego.

The party arrived at the wrong time for Barça. The team does not find the pulse of the competition after being displaced in the League and eliminated in the Champions League. Right now he needs training and concentration more than the dispute of friendlies that are difficult to justify not only for the moment but for the stage, few as debatable as Saudi Arabia. The last assembly approved that Barça will “ensure” the protection and promotion of Human Rights, as well as equality and dignity, a declaration that would force it to mediate or ignore Riyadh if the Amnesty International reports are read.

The Barça institution was not very consistent with its letter of nature and the values ​​it promotes, nor was it respectful of the needs of Xavi’s team. Headlines such as Ter Stegen, Piqué, Busquets, Dembélé, Frenkie de Jong, Araujo, Nico and Gavi, and even Luuk de Jong and Umtiti, did not even dress in an appointment presided over by the Barcelona return of Daniel Alves. At 38 years old, the Brazilian practically acted as a coach on the field, he was very active, even a protagonist of the center that caused Jutglà’s goal after some unspoken hands from Coutinho. The match ended 1-1 – Zeballos scored for the Argentines – and the victory went to Boca, the winner on penalties: 4-2, -the Catalans Matheus and Guillem Jaime failed.

Alves, who wore the shirt with the 8 – in his last stage in Barcelona he wore the 6 – after four months without playing, will not be able to make his debut until January 2 in Mallorca. Two difficult games against Elche await the team before next Saturday at the Camp Nou and Tuesday at the Sánchez Pizjuán in Seville. Neither Pedri nor Ansu Fati will be able to reappear and the news regarding Pamplona will be minimal if the conclusions of the Riyadh appointment are attended to. The meeting was a hindrance no matter how much Xavi argued that it helped him to manage minutes and physical loads of a squad that on his return to Barcelona will fire Agüero.

The presence of Alves, who played the 90 minutes, transformed his penalty and ended up being the captain of the team, helped in any case to foster Barça’s nostalgia and the best times of Guardiola’s Barça. Nothing to do precisely with Maradona’s.

The goals and precious plays that El Pelusa left for Barcelona’s memory do not cover the injuries and ailments he suffered at the Camp Nou. Neither does Riquelme, a manager of Boca today and present in Riyadh at a tribute in which the line-ups were announced with the passport or ID number of the players aligned by Xavi. Viewers were more surprised than the nearly 20,000 fans present at the Riyadh stadium. The framework and the tone of the dispute did not change the defeatist trend of Barcelona, ​​which also gave up in the friendly of Maradona from Saudi Arabia.