Henrik Carlsen, much more than the father of a five-time chess champion genius

Henrik Carlsen, 59, does not portray an absorbing or dominating father; rather, the opposite. But the facts allow us to deduce that his son Magnus would not be today five-time world champion and number one since 2010 without his decisions at key moments. Not so much in the technical field – although he is also a chess player – but in the very demanding task of educating a genius, guiding him and, the most difficult thing, motivating him so that above the summit he does not see only a tremendous void.

A quiet, tape-free conversation with Henrik shows that his culture and intelligence are extraordinary. He remembers that he excelled in mathematics at the age of six and that he was a teenager thirsty for knowledge. He, a technology company consultant, and his wife, Sigrun, a chemical engineer, gave up on educating their four children (Magnus and three girls) at home, as they would have liked, because their respective professions prevented it: “Then, when we saw that The Norwegian education system left a lot to be desired, we were frustrated. Magnus shone in mathematics at the same age as me, but then he had a slump, until he was 15 years old, because he was bored in class, “he recalls in a talk in which he also spoke about philosophy, literature or international politics.

However, regardless of the extent to which geniuses are born or made, Sigrun and Henrik contributed a lot: “We practiced very early stimulation at home with all four of us. For example, everyone solved puzzles while eating before the age of two ”. Probably the most profitable decision (in every way) of Henrik’s life was not to push Magnus on chess when, at age five, he showed no special interest. Not at six or seven, and Henrik was patient until, at nearly eight, he became jealous of his sister Ellen, who was playing chess with Daddy. And there began the career of one of the best chess players of all time.

There was another very insightful decision: Sigrun and Henrik took a sabbatical year with their four children, traveling through Europe and Dubai, when Magnus was 13 years old. In his first interview with EL PAÍS (Linares, 2007, at age 16), the current champion was emphatic about it: “That was the best year of my life so far.” And Henrik confirms: “Yes, because he gained a lot in chess playing important tournaments and learned a lot by visiting interesting places, and without the pressure of going to school every day.” Did the bullying that Magnus suffered for being a very prominent and famous child influence that decision? “The rationale for the gap year was that it fit very well with the education we wanted to give our children. I do not deny that there was harassment, but I do not give it much importance “.

Although Magnus was very shy at the time, there was nothing to indicate that the control of emotions was going to be his main weakness, as he himself acknowledged in December 2016, after winning the World Cup tiebreaker against Russian Sergei Karyakin in New York. “Since then, and as I am quite skeptical about the effectiveness of psychologists specialized in high competition sports, the whole team has tried to do their part in Magnus’s psychological preparation, to talk to him about these issues so that he mentalize properly. And everything indicates that he is now much stronger in this area than five years ago ”. 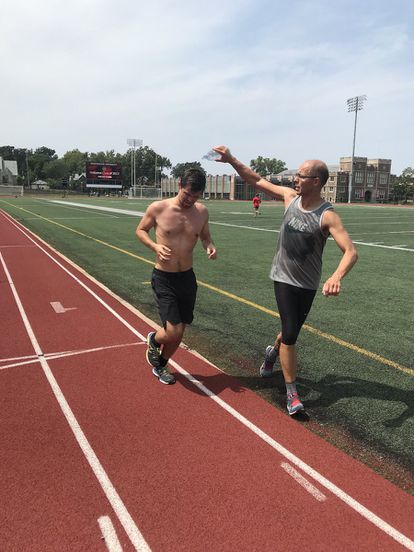 Such strength has been the decisive factor in this World Cup in Dubai against Ian Niepómniashi, which Carlsen won with relative ease (7.5-3.5): “In a duel for the world chess title, psychology is a very important element . Not only in terms of how to analyze and manage your own emotions and that of your rival. It should also be taken into account that any event in the player’s private life can greatly affect his performance ”.

The champion and his team were very clear that the Russian’s instability had been his weak point since he was a youth: “They worked hard never to forget that Not after is Not after, regardless of being very tough to tie the first five games. Even if Magnus had lost the sixth, he was psychologically prepared not to forget that and keep fighting. It is also true that in that case, Not after it wouldn’t have sunk and everything would have been much more difficult, at least for a few more games. “

Henrik agrees with the widely held opinion that Niepómniashi had worked in recent months to correct his great weakness: “After the defeat in the sixth game after eight hours of grueling combat, Not after He was very good at the press conference, showing his face with dignity. Although it is paradoxical, it is likely that his extreme fatigue at that moment helped him to pass the bad drink with a good image. But then, when he had time and energy to think about the consequences of defeat, everything fell apart. “

Regarding the conservative strategy that Niepómniashi chose for the duel, instead of his usual aggressive, creative and risky style, Henrik has his own vision: “It is true that Ian has played against his own nature. The explanation may be that his team sought a balance between its natural tendency and the enormous demand for a title duel. And in the first five games it seemed that they had succeeded. But his stability was completely broken after the sixth.

The champion’s father does not want to comment on the striking announcement of his son on Tuesday: he will only defend his title in 2023 if the winner of the Candidates Tournament is the French-Iranian Alireza Firouzja, 2nd in the world at 18 years old, because he is the only one rival that motivates him: “I am not going to speculate on what Magnus has said in a podcast. Of course, I support his decision, because I know very well the wear that each World Championship wears. And I can also attest that Firouzja has an enormous talent, impressive even for Magnus ”.