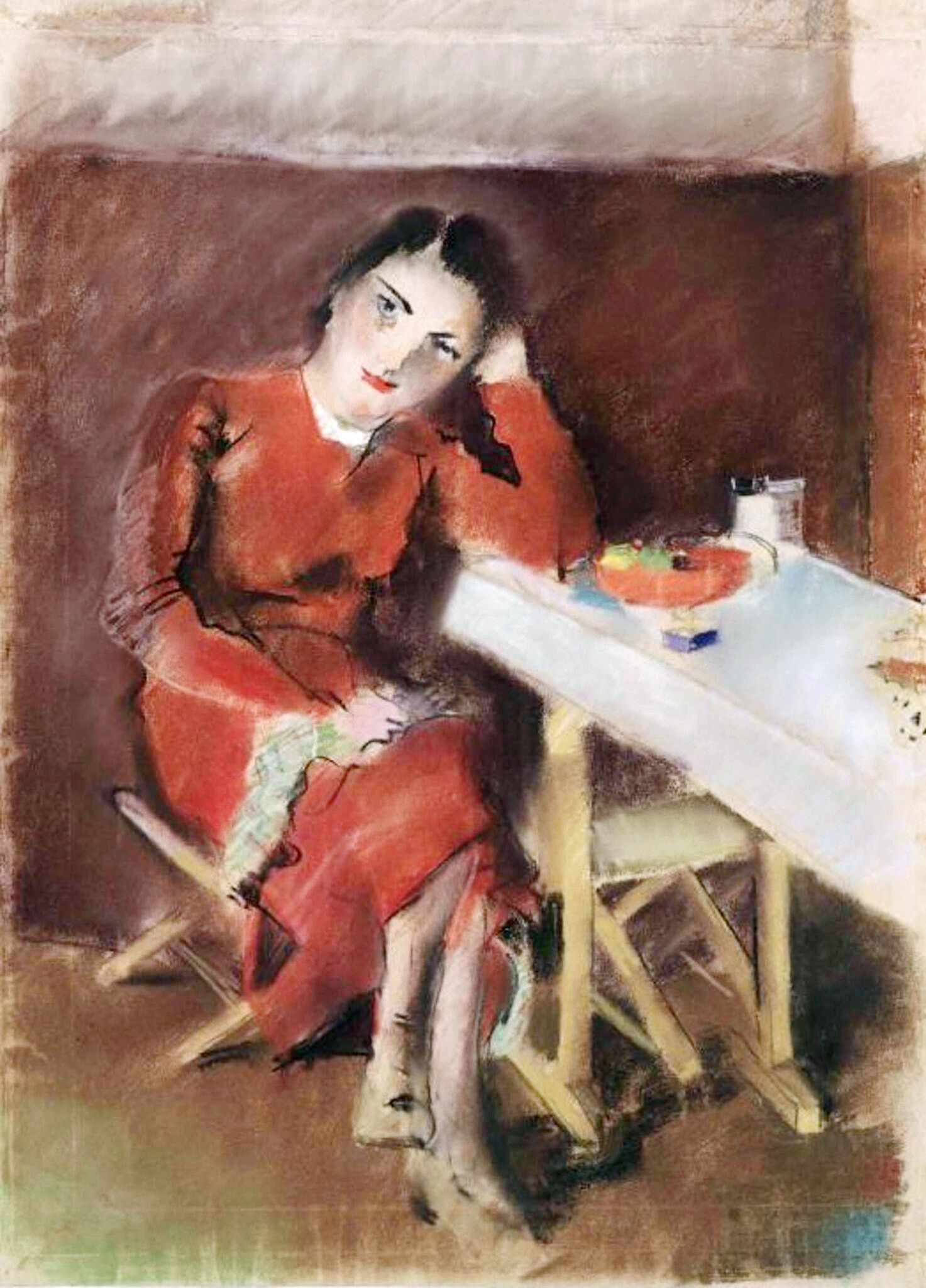 Translated from Czech by Barbora Faure

At 88, Kristyna “thinks about art. And to herself ”by going through the letters, the four thin notebooks with black covers and the poems entrusted to her by her friend Berta before she died. They had met in 1934 in a painter’s studio and left each other one morning in 1942 when Berta left for Terezin before being deported to Auschwitz two years later. If Kristyna immerses herself in the life of her “inspirer”, it is because of the presence of a team of Israeli filmmakers who came to Prague to shoot a documentary on this rather forgotten artist, seventy years after her assassination …

Daughter of the Czech dissident Eda Kriseova close to Vaclav Havel, Magdalena Platzova was inspired by the life of the artist Friedl Dicker-Brandeis, born in 1898 in Vienna, for the character of Berta Altmann. Austrian, painter, Jewish and Communist, trained at the Bauhaus school, Berta will have lived through forty years of this Europe in full artistic effervescence, also in complete disarray with the rise of fascism. Fiercely independent, she claimed that “the most precious thing she had brought back from Weimar was the right to absolute freedom, the courage to shape her life, despite tradition, for herself.”

In a game of multi-faceted mirrors, the Czech writer interweaves the destinies of three women, confronting the eras, those of the years 1914-1944 and the turn of the 2000s. It is on this date that Milena, 23, la Kristyna’s granddaughter, accompanies Israeli filmmakers by serving as their interpreter and discovers the reality of the Shoah as it is not taught in history books … and love with Aaron the cameraman.

Kristyna remembers her admiration for Berta but also not very commendable behavior against her, revealing secrets that have been kept for too long. Berta, for her part, confides in large extracts from her diary which dot the novel her reflections on the usefulness of art, her thwarted desires as a woman and a mother, her ambivalent dreams as a designer, she who called herself the “empty woman. , the woman-desert ”…

In this scholarly novel, remarkably translated by Barbora Faure, Magdalena Platzova paints the portrait of an era, but above all of a woman who all her life tried to “get rid of herself”. And it is finally alongside the children of Terezin that she will find ephemeral happiness by teaching them to draw (1).